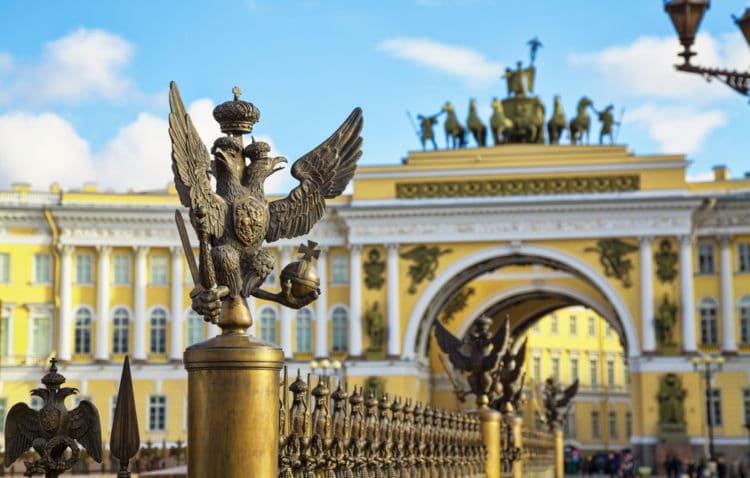 If you don’t know what to see in St. Petersburg, but are already planning a trip to Russia’s northern capital, take a close look at our review. We will tell you about the most entertaining sights of St. Petersburg, which every tourist should see.

What to see in St. Petersburg first?

A monument that was erected in honor of Peter the Great, who became the founder of St. Petersburg. The monument represents the tsar as patron, extending his right hand over Russia. Such landmarks of St. Petersburg can be confidently called the main symbols of the city and its rich history.

Speaking of what to visit in St. Petersburg should not be forgotten about this largest museum complex on Earth. It includes a theater, several palaces, the main headquarters and the Great Hermitage. In addition to the traditional viewing of the exhibits, guests are offered individual guided tours: guides in St. Petersburg lead a tour of the complex, tailored to the wishes and interests of tourists.

The square is rich with sights of its own, including the Hermitage and the Winter Palace. There is also the building of the Guard Headquarters, decorated with majestic arches, and the giant granite Alexander Column with an angel on top. On the column are bas-reliefs depicting world allegories and military armor. Your trip to Russia’s northern capital would be incomplete without a visit to this central square of the metropolis.

St. Petersburg’s Nevsky Prospekt can be compared to Moscow’s Old Arbat. On the most famous street there are cafes and stores, churches and monasteries, tenement houses and ancient palace buildings. Exactly here you can buy a painting, have a cup of coffee, quietly watching the many loungers, or listen to the street musicians. The spirit of the past is harmoniously combined here with the rhythm of modern life.

A 1990 ship that participated more than once in the battles of World War II, the Russo-Japanese War, and World War I. At one time the ship served as a training base for cadets, but now it is a museum with half a thousand specimens of different eras. In addition to the permanent ones, you can see temporary exhibitions.

Be sure to watch this beautiful video about St. Petersburg!
.

6. The cabin of Peter the Great

We included this object in the list of “the best attractions of St. Petersburg” because the date of its construction is similar to the date of the creation of St. Petersburg itself. The building has a rather extraordinary appearance, and is part of the “Russian Museum” complex. Buy a ticket, and you can look at a model of Trinity Square of the 18th century, and the things that once belonged to Peter the Great himself.

7. The building of the Main Admiralty

A majestic landmark on the river bank, built in the Russian Empire style. The spire of the building is decorated with the figure of a ship. In earlier years there was a fortress here, guarding the shipyard in the days of battles. 6 years ago it was decided to place in the Admiralty the headquarters of the Russian Navy.

Hexagonal fortress, with which the history of St. Petersburg began. Today there’s a history museum here (among other exhibits is the tomb of members of the Romanov family), and the complex also includes several houses, a prison, a bastion, and a cathedral. If you don’t know what to see in St. Petersburg in 1 day, but are passionate about the history of Russia, come here.

An ancient and indeed unusual museum of the northern capital, opened on the orders of Peter the Great in 1714. The exhibits on display were created both by the efforts of man and the efforts of nature. The idea of opening the complex came to the tsar after he saw a tree with another tree growing in its trunk. The objects of the Kunstkammer are specimens of various deformities. Among the first objects are several living creatures (midgets, giants, etc.).

An area on which the Neva River is divided in two by Vasilevsky Island. There is a large number of buildings in different styles and different times. These are outdoor museums, among the exhibits of which, for example, the brown and red Rostral Columns, decorated with ship bows.

A luxurious 102-meter building on the square of the same name that is both a museum, an architectural masterpiece, and an Orthodox monastery at the same time. The facade is decorated with bas-reliefs, sculptures and columns of granite. The interior is famous for its magnificent carvings, stained glass and mosaics.

12. Church of the Savior on Blood

Memorial complex built to commemorate the fatal wounding of Alexander II (an assassination attempt took place in the area of the present location of the church in 1881). The complex is both a museum and a place for church services.

Despite the fact that the construction of the structure (in 1801) began after the death of Emperor Paul, the idea to build the cathedral belongs to him. Near the walls is Kutuzov’s grave. The cathedral has a great architectural and historical value. Among the main features of the interior are 56 Corinthian marble columns.

An 18th-century building that houses an icon of Nicholas the Wonderworker, as well as some of his relics. The name of the object is not accidental - to this day church services are held here in memory of fallen sailors. Since the 19th century, a charitable society with a hospital, an educational institution and a shelter for women has been opened in the building.

The central site of the northern capital, erected by order of Peter the Great. Later in the monastery began to store the relics of Alexander Nevsky. Of interest are both the local necropolises (which include the burials of Dostoevsky, Lomonosov, Krylov and many other illustrious figures of art and culture) and the façade with the interior of the church.

The erection of the object continued for almost 90 years. It was interrupted by battles and lack of money. Services are still not held in the main building. In 1990, a concert hall was built. A visit to this monastery is recommended to lovers of architectural monuments.

The empire-style building has been added to the UNESCO list. Guests are invited to examine the interior decoration and facade of the famous building. As well as visiting local plays and performances.

One of the most famous ballet and opera stages in our country. At one time such legends as Nureyev, Chaliapin and Petrov performed here. Internationally acclaimed stars still give concerts here. The theater is also famous for its luxurious interiors of the mid-20th century.

A seven-story Art Nouveau building originally designed as an office of the American Singer concern. It now houses a bookstore and regularly hosts evenings for fans of literature.

Do not know where to go in St. Petersburg, but you are interested in Russian culture? Then confidently buy a ticket to this museum: you can see more than 400,000 samples of art. Including ancient icons, preserved from ancient Russian times. In addition to paintings, there are all sorts of folk crafts in the expositions.

We have told you about the main attractions of St. Petersburg briefly. In addition to them, your attention deserves such objects as:

Cast-iron construction of the swinging type, which is a true symbol of the northern capital, and was created back in 1916 (was reconstructed more than once). Included in all the ratings of “the best sights of Russia“. The bridge connects the center of the metropolis and Vasilievsky Island, stretching over the Neva. The mass of the grandiose construction is about 7 hundred tons.

If you want a break from the hustle and bustle of the metropolis, come to the Kutuzov embankment in the “heart” of the city. You can take wonderful photos, enjoy the clean air, the view of fountains, sculptures and alleys. Not so long ago on the territory was carried out a large-scale reconstruction, thanks to which the orangery of the 19th century was restored, new trees were planted, and architectural objects were renewed. For a walk through the Summer Garden should also allocate at least one day.

There are over a dozen picturesque landscaped parks and approximately two hundred delightful cascading fountains on a vast area of more than 2,500 acres. The museum and park complex is arranged 30 km. from the limits of St. Petersburg, and is open to all comers at any time of the year. Especially recommended its visit in the summer months: here are regularly organized fountain shows, balls, musical events and various festivals.

The first building of the palace complex in the vicinity of St. Petersburg appeared in the 18th century. All buildings were arranged in the classical baroque style. As for the luxurious interior decoration, the Rococo style was chosen for it.

A chic palace and park complex, which was built by order of Paul the First and his wife. On the territory there is a functioning temple, many sculpture groups, bridges, pavilions and landscape areas. It often takes vacationers a whole day to explore the square and its natural exhibits. If you wish, you can rent an electric car, boat or bicycle here.

A separate town located on an island in the Gulf of Finland. During its 300-year history 17 fortifications were built here to protect the port. Modern Kronstadt is a place of repair of ships, a historical monument (included in the list of UNESCO) and a commercial port. Book a sea tour and you can observe the remains of ruined fortresses.

27. The Lions of St. Petersburg

The northern capital is full of sphinxes and lions in stone, plaster and the most various metal - from copper to cast iron, it is simply impossible to count them all in the city. By the time of their appearance they are also diverse - from our era to the early 18th century. Fashion for decorating squares, parks and buildings with figures of these animals was started by Peter. Note that today many modern hotels and cafes, stores and shops also decorate their interiors and exteriors sculptures of lions, believing that these animals will protect against problems and will support the welfare of the institution.

If you want to take the most unusual tour in St. Petersburg, hire a roofie guide to take you around St. Petersburg’s rooftops. On the walk you will learn many fascinating stories about life in the metropolis. Under your feet will be residential high-rises, restaurants, and the best hotels in St. Petersburg. Travel on the rooftops alone should not - it is not safe.

The main waterway of the metropolis, and one of the largest rivers in our country. You should come here for leisurely walks and watching the views of St. Petersburg. In addition, from the banks of the Neva, it is best to watch how the bridges are unfurled at night.

A unique phenomenon of nature, which in Russia can only be seen in northern cities. In June-July the dark time of day lasts only a few hours, the sun almost never sets. Residents and guests of St. Petersburg relax in the cafes and walk the streets day and night. It should be noted that during the period of white nights in the city attracts the largest number of travelers - you should plan your vacation in advance. Otherwise you will simply not be able to find a room in a cheap hotel.

State menagerie, which has a modest size, but a rich history. There are about 600 species of invertebrates, fish, birds and mammals on an area of just over 7 hectares. The whole family should come here.

We hope that those sights of St. Petersburg, photos with names and descriptions of which you have now seen, caused your interest. Seeing them in person is a must. Read also about Best tourist attractions in Moscow and be inspired for your further journey around Russia. 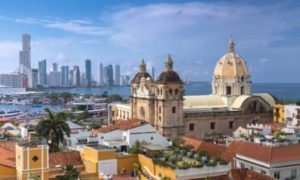 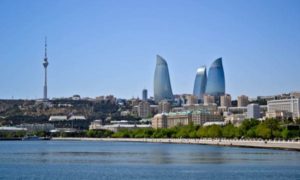 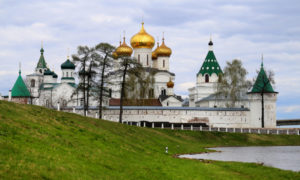