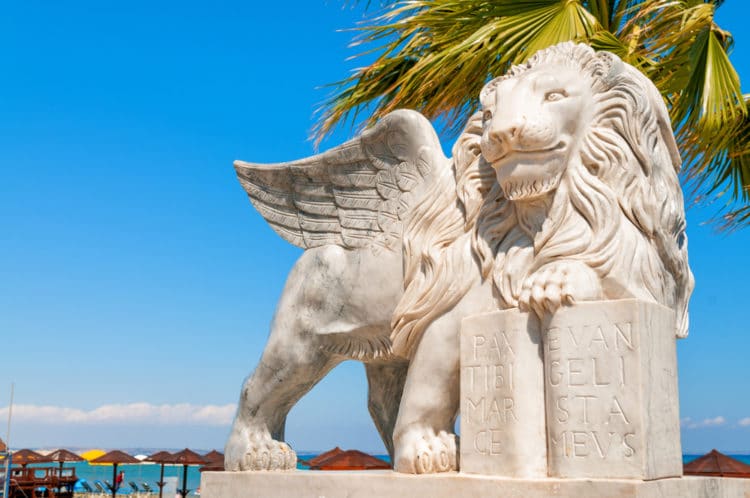 Before going on a trip to the Cyprus resort, read our review “Larnaca’s main attractions”. We will tell you what every inquisitive tourist wants to see in Larnaca most often.

What to see in Larnaca first?

No rating will allow to list all interesting places of Larnaca at once. Therefore, we bring to your attention only the most popular and most bought excursions in Larnaca:

Even the best attractions in Cyprus can’t always boast the same wide popularity as this temple. It is in this place, sacred to believers all over the world, that the remains of St. Lazarus, whom Jesus raised from the dead on the fourth day after his death, are preserved. The priests drove Lazarus out, forcing him to leave the city. The relics of the saint are a valuable relic that was partially exported to Constantinople. But a small part managed to survive in Larnaca. No matter how short your trip to Cyprus is, you must visit this church and worship the relics.

Medieval fort palace, built in the 14th century to protect the city from attacks from the sea. During the Ottoman War, it was almost completely destroyed but was rebuilt and restored at the beginning of the 17th century. Recent excavations have unearthed ancient foundations that show the original dimensions of the structure. At one time the castle belonged to the British, who turned it into a prison for the sentencing and carrying out of death sentences. The gallows, located in the complex, was last used for its intended purpose in 1948. There is now a museum in the palace whose collections introduce visitors to examples of Christian culture from the 4th-19th centuries.

Visiting such attractions in Larnaca should be the first thing to do, but only during the cold season. During the winter months there are pink flamingos that migrate to Cyprus from Kazakhstan, France and Italy. Let’s say at once that in the hot summer days the place reminds more about the beaches of Larnaca - the area dries up completely. The bottom of the reservoir is covered with a huge layer of salt.

The square is famous for its colonial buildings erected in the 19th century by the British. Once the island was conquered the British actively started to build government centers and warehouses. Today, they serve a different purpose as city services buildings, galleries, and museums. In the central part is a fountain, lit in the evening by multicolored lights. From the Europe Square departs the central avenue of the resort.

One of the reasons for Mackenzie’s fame is its good location - it’s near the airport. Holidaymakers on the beach can take original photos with an airplane “in the palm of their hand” or over their shoulder. The beach line is covered with quite loose sand of brown and yellow color. Going into the water is shallow, so tourists with children are happy to relax here. The city’s Finicudes and Mackenzie promenade has an organized promenade with paths for cyclists and pedestrians.

Check out the gorgeous views of Larnaca in this beautiful video!

This is the beach where locals and travelers alike like to gather. Along the line stretches a beautiful alley flanked by exotic palm trees. Walking along it you can walk from Larnaca Castle to Europe Square. On your way you will meet all kinds of shops and restaurants with cafes. Many local establishments are owned by Cypriot families and offer meze and other dishes of the national cuisine of Cyprus. If you do not know what to visit in Larnaca and dream of a quiet walk along the promenade and admire the views of the beautiful sea, come here.

According to historians, the mother of Constantine (Emperor of Byzantium) founded this temple, subsequently giving the clergy part of the cross on which Christ was crucified. It is thanks to this version that the monastery received its name, translated as “Mount of the Cross.”

An 11th century church, built on the ruins of an early Christian church destroyed by the Arabs. Unique frescoes from the first building from the 6th century survived: a thick layer of plaster covered them and preserved their value to this day. The frescoes were found only in the mid-20th century, during the restoration of the building. Not far from the Angelosti you can see an ancient tree, which is protected as a natural monument.

Muslim believing citizens and travelers come here regularly. Because it is in this mosque that the ashes of Umm Haram, one of the key figures of the Islamic religion (according to various versions of historians, she was the nurse or aunt of the founder of Islam, the Prophet Muhammad), are located. In addition to the main building, the complex includes several residential rooms for temporary accommodation of pilgrims, a cemetery, a mausoleum, and a park. Guides in Larnaca recommend admiring it all from across the lake of pink flamingos.

A private museum opened in the mid-19th century. The exhibition collections are housed in a building once owned by the mayor of the city. Exhibits include over 2,500 examples of art created at various times.

The date of establishment of the center is 2011. All items on display are related to medicine and the history of the medical profession. The collections include certificates, photographs, medical instruments, books and medical equipment. The exhibits range from ancient to modern and even cutting-edge examples. At the museum there is a garden with plants with medicinal properties.

This city museum exhibits archaeological finds from the period from the 13th century B.C. to the 4th century. In other words, at a time when ancient Kition was in its heyday. Many unique products found by archaeologists have left Cyprus. Only the “remnants” found after 1967 (after the necessary amendments to the state legislation) are in the center. If you don’t know where to go in Larnaca, take advantage of the unique opportunity to see Bronze Age and Neolithic artifacts, Mycenaean and Cretan values.

The workshop opened its doors in 1987, thanks to the efforts of one potter. Buy a ticket and you can see how the famous Cypriot pottery is made. What’s more, you will be invited to make a pot or other product of your choice from clay yourself. There are master classes for adults and children. In a local shop you can buy souvenirs.

When listing the best attractions in Larnaca, many natives and guides start with this famous village. The village is famous for its unique ancient architecture and for its talented resident craftsmen who make silver objects and fine Lefkari lace.

15. The ancient city of Kition

According to history, the creator of the ancient city was the great grandson of the biblical Noah. He founded Kition as an entire state in the 13th century B.C. St. Lazarus brought Christianity here. The ancient park complex includes the surviving walls and workshops, sarcophagi and five of the most ancient temples of the pagans. In addition, in transparent showcases available for tourists to see, there are things that in former times were used to worship the gods of Egypt and Olympus. Reviews of a visit to Kition are invariably enthusiastic.

Larnaca sights: what else to visit in Larnaca?

Now you know what to see in Larnaca in 1 day is a must. But our recommendations don’t come to an end here. Speaking about the main attractions of Larnaca, briefly we should also highlight:

A unique outdoor museum complex. The archaeological settlement is the remains of an ancient city: only a few structures managed to survive (residential cottages reminiscent of beehives, stairs, part of the wall). Thanks to the restoration, the sites still give a clear idea of what Hirokitia looked like in ancient times.

If you think that the aqueduct is an ordinary water pipe, you are mistaken. This object has a rich history and an unusual appearance: a long wall with a gutter and an arch stretches for ten kilometers. If you have already seen all the attractions of Larnaca, photos with the name and description of which we have given above, come here: the ancient construction will not leave you indifferent.

The ferry sank at the end of the 20th century, and despite the fact that the event did not end in disaster (no fatalities), Zenobia is called the Mediterranean Titanic. Divers are especially fond of coming here - they dive to the depths and study the wreck, which is almost two hundred meters long, dreaming of finding some jewels. Have they ever been able to find anything really valuable? Such finds were not uncommon in former times.

“Home” for exotic animals began its work in 1998. Visitors are offered camel rides through the landscaped park grounds. In addition, you can have picnics and just relax in the lap of nature. There is a wonderful restaurant with national cuisine. There is a private play area for children. Even the best hotels in Larnaca can’t always boast the same relaxing and fun environment.

The complex opened less than five years ago in order to preserve the endangered species of donkeys. The number of inhabitants of the farm is about two hundred. Visiting the cute animals is recommended for the whole family.

The port area has room for almost half a thousand boats, up to 40 meters (in length). During the warm season there are not many ships, but during the winter and spring months the port is crowded with luxury yachts. You can view the ships by walking along the wide bridge.

We hope that our tips will help you compose your own fascinating Larnaca itinerary. 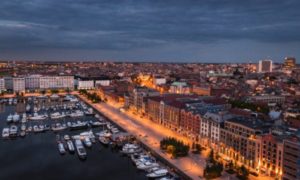 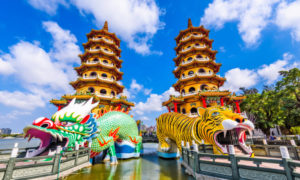 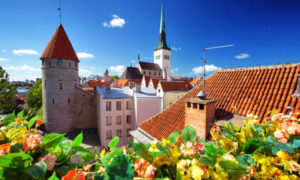 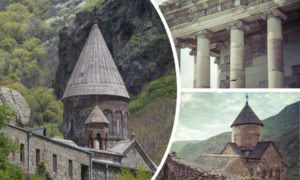