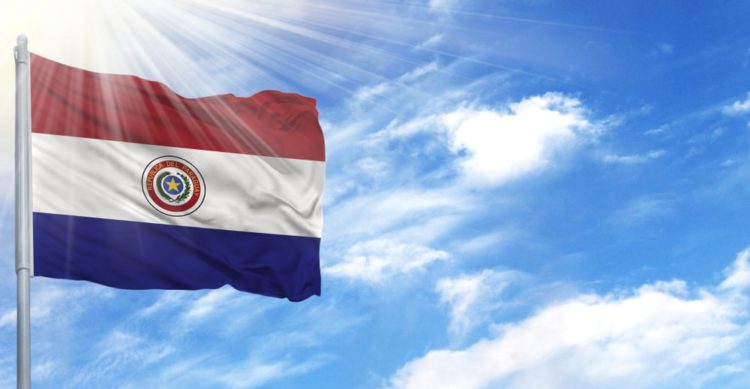 What to see in Paraguay is well known by people who have already been there. Based on their recommendations, a list of places to visit was compiled. Attractions of Paraguay delight with their colorfulness, variety.

What to see in Paraguay in the first place?

In this section of the article we will look at interesting places worthy of attention. By the way, the name of the state literally translates as “from the great river”. It is the river that divides the country into two unequal parts. One is characterized by the prevailing arid plains, and the other boasts fertile lands.

The settlement is the capital of the Republic, it is characterized as large and varied, with a bustling life around the clock. This landmark of Paraguay surprises at every turn. The wide avenues of the city have a large number of rich colonial mansions. Fountains murmur in the beautiful gardens, and every square is decorated with some monument. A peculiarity of the capital is that on its territory of the fashionable neighborhoods adjacent to the poor. Excursions in Paraguay, namely in Asuncion, held mainly in the old quarters, picturesque promenade, government buildings. The main attractions here are concentrated between the two bends of the main river of the republic.

It is the largest source of electricity in the entire world, located between Paraguay and Brazil. At one time they were at enmity with each other, but had to reconcile because the hydroelectric plant is clearly on the border between these countries. During construction, it was decided to change the direction of one of the greatest rivers in America, and it all began in 1979. The first hydroelectric generator was launched in early May 1984. Not so long ago, in 2009, there was a serious accident at the hydroelectric power plant, some power lines were damaged. As a result, the power system of Brazil and almost the entire territory of Paraguay was shut down. The description says that the total length of the structure is 7235 m, width 400 m, height reaches 200 m.

3. The ruins of the Jesuit missions of Jesús and Trinidad

This landmark in Paraguay represents the remains of 8 large Jesuit missions. Their construction dates back to the 17th and 18th century. Back then they were miniature city-states, created to integrate the indigenous population into the Christian faith. The missions can be deservedly ranked among the most impressive creations of the religious type. The presence of their remnants testifies to the historical richness of the republic. There were about 50 missions in all and 30 have survived to this day. Some of them are included in the list of UNESCO. Visiting places of interest is allowed from 9 am to 5 pm, the validity of the ticket is 3 days.

The Paraguayan landmark in question is an architectural gem of the described area. It is a kind of symbol of the heroic history of the republic, and it is presented in the form of a memorial dedicated to those who died during the bloody wars of independence. The National Pantheon of Heroes is not just one of the best attractions, but one of the most memorable and especially revered places in Paraguay. At the entrance are two bronze figures in the form of soldiers, and inside is a sarcophagus whose surface is covered by the national flag. Making a trip there, pay attention to the number of names embossed on the walls, these are all local war dead and Russian officers.

Their creation dates back to 1914, the founder of one of the main attractions was a German scientist, a doctor named Carlos Friebig. At first there were not many animals, but after being presented as a gift to the zoo from private individuals, the collection increased significantly. This place is among the things you can see in Paraguay in 1 day, and if you have the opportunity, you should definitely do it. The gardens cover an area of just over 110 hectares of natural forest. The total number of varieties of wildlife is about 70, this includes birds, reptiles, and mammals.

Do you want to take unique photos against a unique backdrop? Then come to the national park, which is deservedly considered one of the most picturesque, spectacular and unusual places. The park is located in Eastern Paraguay. In fact, it is one of the largest conservation areas near the Brazilian border territory. It is known not only for its natural beauty, it also has an interesting historical significant past. It was on the territory of this landmark of Paraguay that the events of the final battle of the Triple Alliance War unfolded. What’s on offer now? Today’s tourists have the opportunity to enjoy contemplating various examples of architecture as well as history, exploring the tourist resorts, eco-friendly recreation areas along the Aquidaban River.

It is deservedly considered one of the oldest buildings, and at the same time the main attraction of the capital. Guides in Paraguay often invite visitors to the country to see the cathedral, construction of which began in 1561. The order concerning the erection of a new building was given by King Philip II of Spain. Previously there was a temple on that site, which burned down during a great fire, and since then there have been many changes. In a review of the monument we would like to note that the facade of the cathedral is made in several architectural styles at once, with tall towers placed on the sides. Getting to know it is a great opportunity to understand what the Gothic, Baroque, Moorish and Neoclassical styles are.

Not sure where to go in Paraguay? Head to the government building that houses the residence of the president of the republic. The order to begin construction in 1867 was given by Carlos Antonio Lopez, which may explain the origin of the name of the palace. It is recognized as one of the most symbolic buildings in the territory of the state. The described landmark of Paraguay is visible from afar because of the snow-white facade, and it is made in the neoclassical style and decorated with additional elements of Palladianism. The building is decorated with relief columns, numerous arched vaults, which are decorated with beautiful stucco elements. In order to attract tourists, the palace is equipped with illumination, at night it creates a stunning show.

There are 20% plains in Paraguay, the height of which depends directly on the location. As for the name, we can say the following about it: the word “gran” means “big” and “chaco” is a type of collective hunting among the Indians. In ancient times this plain was a disputed territory. It was finally redistributed in 2009. Travelling there is interesting because the plains are quite rich in wildlife. The area is home to tapirs, cougars, marsh deer, jaguars, nutria, and many other wildlife.

Where to go in Paraguay? Those wishing to see with their own eyes the oldest public educational institution, founded in 1889, can make their way to the National University of the capital. Its alumni are many important political figures. When the university first began, there were only a few departments in operation. These were law, mathematics, medicine, pharmacy and midwifery, and clerical school. Now the number of faculties has reached the mark of 12. Just imagine, there are 40,000 students and the program is taught by 6,200 professors. The rating of this attraction is rated as high.

The colonial-style house is located in the capital of the Republic. It was there, in 1811, that a group of conspirators signed the Declaration of Independence of the Republic from the metropolis of Spain. This explains the origin of the name of the house, and built it a Spaniard Antonio for his family. It was his children who were members of the group responsible for the coup d’état. In 1943 the house was purchased by the government, and about 20 years later it was declared a national historic property. It now houses a museum dedicated to the period in which the republic was declared independent. It received its first visitors in 1965. Still wondering what to visit in Paraguay? Come to Independence House.

It is located in a national park in the Presidente Franco area, characterized by rich flora and fauna. The total area is 4 hectares, reaches a height of 45 m and a width of 120 m. The average temperature of the water is kept at +21 degrees Celsius. It is among the main attractions, because it is incredibly beautiful. It consists of three main streams, around there is a picturesque park with walking paths. On its territory, tourists often have picnics.

From the reviews about the republic, you can understand what you should definitely do, being there. It is to walk along the broad avenues of the capital city, try the real mate tea, buy a local t-shirt “ao poi”. Also don’t forget to get acquainted with hotels in Paraguay before your trip and book a room using a special service. This way you can be sure that you will not be left without a place to stay.

Moving on, what else to see in Paraguay?

Of all the sights in Paraguay, this one is one of the most interesting. Its uniqueness lies in the complete preservation of the primitive communal way of life. Not sure what to visit in Paraguay to get acquainted with the life of different segments of the population, the life of the Indians, then you must go to the village of Maka. You can get there by bus. Basically, this is a place untouched by civilization, whose residents do not know the Spanish language, or Guaraní. If you plan to go there, then take care of a guide.

It is a right tributary of the Parana and is one of the largest rivers in the central and southern part of the South American continent. The river is one of the major tourist attractions of Paraguay and serves as the national boundary of the Republic. The length of the permanent waterway reaches 2.5 thousand km. Its name is derived from an ancient Indian word.

Considered a large shallow lake, and located in the southeastern part of the country, it extends about 24 km from the north side and 6 km from the west to the east. It is quite a popular vacation spot, not only for locals but also for visitors to the country, but at the same time the lake is considered the most polluted. The reason is the progressive eutrophication. The condition of this attraction in Paraguay is worsening due to the inflow of nitrogen from cattle farms, fields, and other adjacent areas.

16. Cathedral of the Immaculate Conception of the Blessed Virgin Mary

The Catholic Church, which is located in the city of Caacupe, is the center of pilgrimage for local Catholics. At one time it was given the status of a minor basilica as well as a national park.

Silvio Pettirossi Airport. What to see in Paraguay? The airport, located 12 km from the central part of the capital, is worth paying attention to. Planes from 17 airlines land in its territory, and there are also charters. There are no other airports in Asuncion.

Deciding to spend a vacation in the republic, located in the central part of South America, it is important to know that the rainfall there is unevenly distributed. In the west there is the least, but closer to the east the figure increases. But! Knowing what to see in Paraguay, you will be able to plan everything in detail, ensuring yourself the most interesting trip.

Read also about the best sights of Peru and get inspired for your next trip to the Americas! 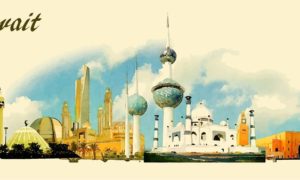 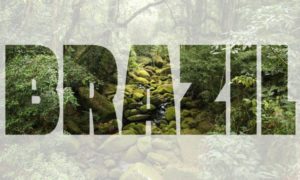 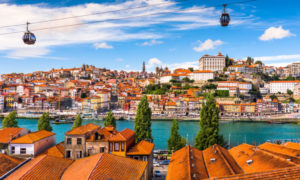 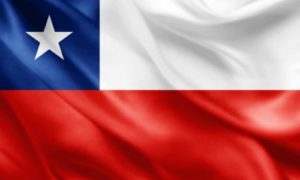