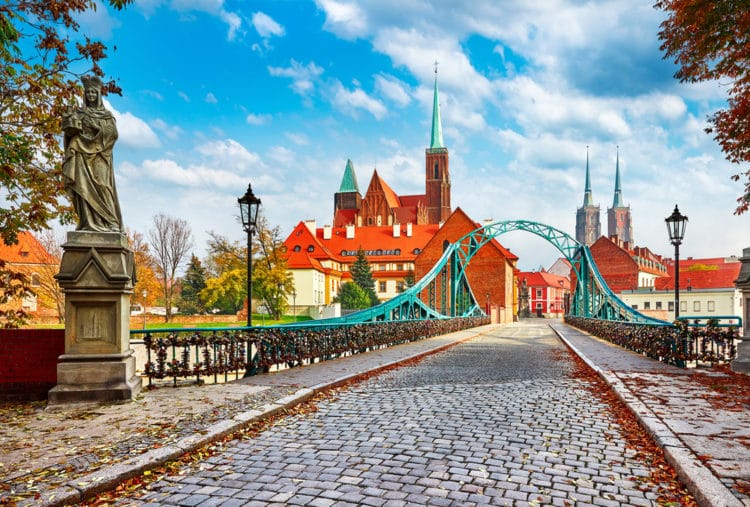 Poland is, above all, a country where two huge cultural environments touch each other: European and Slavic. The sights of Wroclaw are a peculiar ode to the German neighbor. The sights in Wroclaw, mostly show the broad Catholic community in the country.

What is the first thing to see in Wroclaw?

The abundance of Catholic churches, squares and entertainment venues in the city, provide streams of tourists with a continuous supply of attractions. A trip to the country is obligatory starting from the western part of Poland, as it is here that the influences of Old Europe are most apparent.

Poland’s best sights are traditionally located in the square of this or that city. So, without any doubt, the main place to visit in Wroclaw is the square, which is a kind of “symbiosis” of architectural structures. In the process of building the city, the square was subjected to many changes. Thus, many buildings were added, both in classical architectural style, and in European neoclassic style. The Market Square, as well as the City Hall building located directly on it, is one of the largest examples of large-scale architecture in Western Europe. Trade, Polish folk cuisine, revelatory music and ringing bells are the heart of Wroclaw.

The trip of every connoisseur of Slavic mythology must, without a doubt, begin with a view of the Polish rednecks. These quirky, small sculptures are, in a way, a symbol of the city. The backstory of the creation of these creatures is simple: a Polish anti-communist underground group, which once operated in Wroclaw, depicted a gnome on its coat of arms. So, when in 2001, the first installation of the first 40 cm gnome - in honor of the Orange Alternative - the structure was liked not only by visitors and residents of the city, but also by the authorities. Over the next twenty years, Wroclaw still continues to install the gnome figures, which blend so seamlessly into the city’s architecture.

Cultural value of the water park is difficult to overestimate. For the tourist who is in search of affordable entertainment and fresh emotions - this is the best place in town: modern water slides, beauty salons, jacuzzis, hot tubs and much more. Reviews about this place are primarily aimed at praising the size of the water park, as it is deservedly considered the largest in Poland.

4. The Centennial Hall and the Wroclaw Fountain

“The Hall of the Century” is a truly legendary concrete structure. It was built in the early Art Nouveau style and is the most striking example of the development of building science in the early 20th century. The year of 2006 was unique for the hall, because by the decision of the government it was included in the list of UNESCO World Heritage Sites. Thus, the main attractions of Wroclaw are briefly connected with this object, because the first thing after arriving in Poland, a visit to the fountain and the Hall of the Century is a priority. And the nearby Musical Fountain, which rightfully bears the title of the largest in the country, will amaze the guests of the city with its scale and length.

If after seeing the Hall of the Century and the fountain, the question of what to see in Wroclaw in 1 day is still relevant, then the next attractions are exactly what you need. Sophisticated fans of Polish history, will be struck by the depth of tragedy of this installation. Several people dressed in black gradually “go underground,” only to be revived and come out on the other side of the street. This monument symbolizes the tragic events of Polish history, when after the imposition of martial law mass repressions against the local resistance began. The sculpture symbolizes the rebirth of the Polish nation.

Check out the beautiful views of Wroclaw in this breathtaking video!

Absolutely all guides in Wroclaw are obliged to make their way through the University of Wroclaw. The oldest educational institution in the city was founded back in 1702. After its reorganization in the 20th century the university developed rapidly and its faculty expanded. The massive, impressive building of the main building “educates” more than 40 thousand students from all over the world. And the university’s masterpiece-rich library is the largest in the region.

A huge hub of the voivodship, which connects many Polish cities. The railway station of the city was built in the 19th century and has since undergone significant changes. The station building receives thousands of visitors from abroad and Polish residents every day.

The “Sky Tower” of Wroclaw, which a seasoned tourist will surely appreciate, is one of the tallest buildings in all of Poland. The skyscraper was built at a cost of $400 million. Sky Tower is a complex consists of three interconnected buildings of different heights. Multifunctionality of the skyscraper is due to the fact that inside there are many entertainment facilities, as well as office space.

Wroclaw sights are remarkable in that most of the structures have their own unique history. The same applies to the opera house. Thus, during the existence of the opera, on the big stage performed legendary artists such as: Richard Wagner, Nicolo Paganini, Anton Rubinstein and others.

The architectural perfection of the Gothic style is the Cathedral of St. John the Baptist in Wroclaw. Interesting places in Wroclaw are no doubt already listed, but, the Catholic Church on the island of Thumsky is a reason to postpone leaving the city. The facade of the building faces west, which in turn symbolizes the orientation of the Polish state toward Europe. It is noteworthy that today the appearance of the cathedral is slightly transformed, as it has been restored more than once. During World War II, unfortunately, more than 70 percent of the temple was destroyed.

The religious attractions of Wroclaw do not end there. The Cathedral of St. Mary Magdalene is not just a church, it is a legendary temple. It was built on the site of an old 11th century church and has undergone many changes in appearance. Thus, the invasion of the Mongols left their unimaginable and sad imprint on the structure. The cathedral is in the Gothic style. A remarkable feature of the interior decoration is the so-called Romanesque portal, which was built in the 12th century and was transferred to the temple from another place, already destroyed by time.

Another striking monument to the Gothic architectural style is Elzbieta church with an 87-meter tower. If you climb the spiraling stairs at the top of the tower, you can admire the breathtaking panorama of the city.

About what to see in Poland first is the following description. The royal palace of a majestic and solemn appearance is a structure belonging to the Baroque style. The palace was built by a Prussian court architect. Over time, the palace was purchased by the Prussian king Friedrich the Great. Today, the building houses the city’s historical museum.

The German architectural school of Berlin gave Wroclaw this amazingly beautiful shopping complex. The location of the building in the old district of the city, as well as in relative proximity to the center, allows it to attract streams of shoppers and visitors to Wroclaw.

The sights of Poland are commonly seen as a consequence of the times of the Great Polish-Lithuanian Commonwealth. Unique and welcoming lodges Jas and Malgosia are located near the market square and attract tourists from abroad. Previously, the cemetery located on this site contained an inscription in Latin with the words “Death is the gateway to life. Now, this arch connects the two houses in the Baroque and Gothic styles. Jas’s house houses an exhibition of the famous Polish painter and printmaker Eugeniusz Get-Stankiewicz. The second mansion, on the other hand, hosts members of the Wroclaw Lovers Club.

Traditions of German cultural heritage have been embodied in the architectural appearance of the National Museum in Wroclaw. Excursions in Wroclaw, are always held within the walls of this building. Among the exhibits in the museum are masterpieces of sculpture and painting from the historical region to which Wroclaw belongs - Silesia. During the Second World War some of the exhibits were taken away, but unfortunately the lion’s share was looted by local marauders.

A visit to one of the concert events of the Music Forum will answer the question: where to go in Wroclaw. Designed under the auspices of one of Poland’s architectural studios, the building combines several large halls, a recording studio, office space, etc.

Traveling to Poland, involves not only seeing the country’s iconic sights, but also a relative awareness of the region’s history. The Raclawice Panorama, first built for the city of Lviv, was moved to Wroclaw at the end of World War II. The painting shows the process of the war of liberation for Polish independence under the command of Tadeusz Kosciuszko.

A review of the Kolejkovo layout would probably take several pages. This amazing creation of masters of their craft, will show the tourist the miniature world of the Polish railroad: here and prototypes of local residents, architectural structures, elements of nature.

Among the most popular places to visit in Wroclaw, the Hydropolis rating is deservedly ahead. Thus, in this unique building visitors can enjoy a demonstration of the power and basic properties of water. Hydropolis is a miniature aquatic paradise.

Wroclaw sights: what else is there to see in Wroclaw?

Wroclaw sights photos with names and descriptions showed how diverse the cultural heritage of the country can be. However, this does not mean that there is nothing else to visit in Wroclaw.

Huge, unique and perfect - the Wroclaw Zoo is the largest in the country. A ticket to the zoo is also a ticket to the Afrikarium, which is located on the territory of the city zoo. On an area of almost 1,000 square meters, visitors will see flora and fauna from all over Africa. Walking through special glass tunnels of the unique oceanarium, you can observe exotic animals in their natural habitat.

The river Oder, which flows through Wroclaw, was the reason for the construction of this steel bridge. In the past, when the bridge was used as a transportation bridge, pedestrian traffic was restricted. Today, the Tumsky Bridge or Lovers’ Bridge attracts tourists from all over the world.

The atmosphere of Oriental culture is present in the western city of Poland. The work of Japanese craftsmen is very popular with locals and visitors. Long paths, oriental flora and Japanese structures of amazing beauty - this is a Japanese garden in Wroclaw.

The oldest and most beautiful botanical garden in Europe. A kingdom of peace and natural purity, which is located in the center of the city, on the island of Tum.

The old brewery building, which was used to create the most wonderful beer, is still used as a public place for tourists. In this institution, guests can enjoy the unique beer “shepz”.

Wroclaw is the historical heart of Silesia. Architectural treasures, restaurants and hotels in Wroclaw are all an integral part of a single European culture. Read also about Krakow attractions and be inspired for your further journey through Poland. 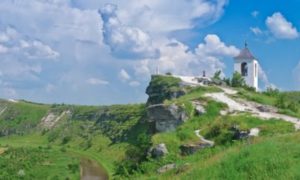 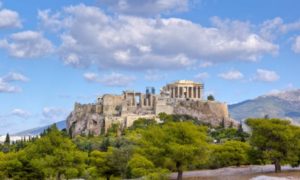 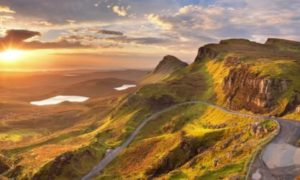 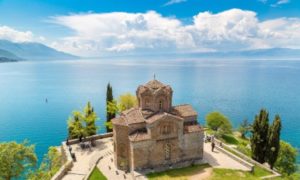