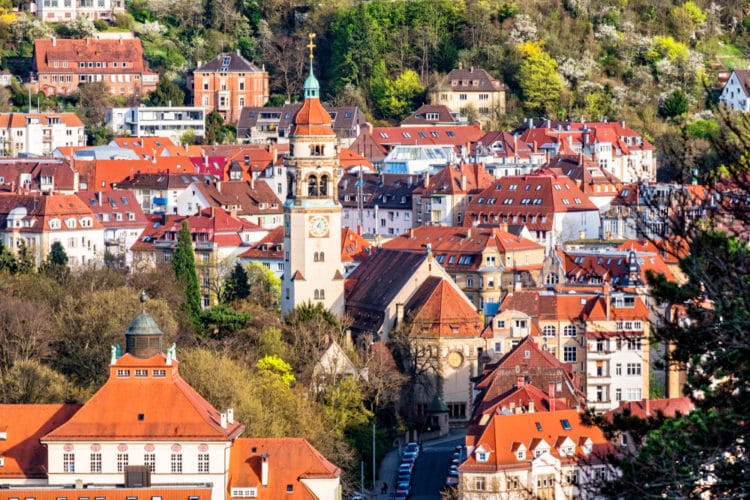 After reading our review, you will learn what to see in Stuttgart every inquisitive tourist must see. All the listed attractions in Stuttgart will be of interest to people of all ages and hobbies.

What to see in Stuttgart first?

In compiling our “best attractions in Stuttgart” rating, we took into account reviews and recommendations from qualified guides and residents of the city. In our general opinion, your trip should include the following excursions in Stuttgart:

The date of construction of the majestic building and its beautiful arcaded courtyard is mid-16th century (despite the fact that historians found mentions of the landmark with the same name in chronicles from the 10th century). Inside the castle is now a museum complex, able to boast the jewels of the royal family, unique clocks, ancient musical instruments and paintings of the medieval era. The southern part of the building is devoted to the 16th-century church, which contains the tombs of kings and famous citizens of Stuttgart.

If you don’t know what to visit in Stuttgart and are fascinated by architecture and history, come and admire the magnificent facade of the New Palace. Touring its interiors, which once belonged to royalty, is possible only by appointment. The late Baroque building was built in 1807. Today it is owned by the Government of Baden-Württemberg.

Seeing such sights in Stuttgart will be interesting even for those who do not refer themselves to the fans of the famous German brand. The museum building is designed in the form of a bifurcated spiral - each of them has its own tour: the first introduces the cars of Mercedes-Benz, the second - the history of the legendary automobile concern. There are more than 160 vehicles in the collection.

A calling card of the city, distinguished by its festive and opulent appearance. The central square, formed in the 19th century, has many unique sights: ancient castles, fountains, the Jubilee Column. For a walk around the square, experienced guides in Stuttgart recommend allocating a full day.

What to see in Stuttgart in 1 day to see the most important sites? You have just learned the correct answer: The square is home to the Schiller Monument, the Old Chancellery and Castle, and the Collegiate Church. Many of the unique structures were practically destroyed during World War II. However, the authorities of the city managed to find funds for their high-precision reconstruction.

Check out Stuttgart's beautiful places in this great video!

A colorful baroque palace. It was designed by the famous French architect and built in 1769. At one time F. Schiller was educated in Solitude (a school was set up in the palace). Thanks to a large-scale restoration, the object is included in all ratings “Germany’s top attractions“.

A 19th-century castle built in the architectural direction of late classicism. It is famous, among other things, for the death of Wilhelm I in 1864. The building served as a summer residence for the royal family. All sorts of celebrations and receptions were held here by the rulers. In the mid-19th century the complex was enriched by a picturesque landscape park. Today, the Rosenstein Palace houses the State Museum of Natural History.

A chic 18th-century Baroque palace that was originally intended to be a modest country villa for E. Ludwig. Gradually a real town with separate palaces was built near the castle. If you want a trip to Stuttgart to leave you with unforgettable emotions, you should definitely come here.

Few places of interest in Stuttgart can boast such a stunning and grandiose view as this religious site. The date of construction is the 12th century. The building has several towers completely different in form and appearance. Note that in the 15th century there was a full reconstruction of the building - it was it that gave the church a late Gothic facade. Inside, there are valuable 16th-century paintings and 17th-century vaults.

The church officially belongs to the cultural monuments of Germany, and therefore, when listing the main attractions of Stuttgart, we should briefly talk about it as well. The first building was built in honor of the arrival of Catherine Pavlovna for her marriage to Wilhelm the First. Now the rector of the church is Priest I. Limberger, representing the German diocese of the Russian Orthodox Church Abroad.

The third largest Medieval church in the city. The building was built at the end of the 15th century to the design of A. Jorg. The religious object was intended for the Dominican order. Today it is a popular tourist site, recommended to everyone who does not know where to go in Stuttgart.

The date of construction of the basilica, located in Solitude Castle, is the 19th century. It was destroyed almost entirely during World War II, but was soon restored. In 1978 the cathedral was awarded the status of a church.

The opening date of the theater is the 10th century. The building was designed by M. Littmann and was able to maintain its original appearance even during World War II. The best musicians and performers from all over the country and the world have given and are still giving performances on the stage. If you are not interested in opera and theater in general, you should at least take a look at the grand façade of the building.

Ethnological complex, which is rightly considered one of the best in Europe. The number of its guests is over 0.5 million people per year. The center is divided into 7 exhibition halls, each of which has its own topic, telling about a particular world culture. For example, in the block devoted to the African continent, you can see samples describing the original life of Africans - even their market is recreated here. In the East you’ll find ceramics and architectural treasures, in North America - things belonging to Indian tribes.

The date of the first building to house the gallery is the 19th century. The time of the extensive reconstruction required after the war in the country was 1958. A little later, a couple of decades later, the building was rebuilt again. The museum treasures are paintings by Rubens, Manet, Renoir, and other world-renowned great artists.

The museum compositions are located in a structure made in the form of a huge glass cube. The total area of the center is five thousand square meters. In the building there are such valuable art specimens as paintings by O. Dix. In addition, there are collections of paintings of famous masters of the present.

Both the modern library building and its sumptuous collection of literature and scientific works are able to amaze you. The shape of the building is a cube with many panoramic windows. Each level of the building is allotted to a separate department with its own theme. The internal arrangement of the library with vast halls is thoroughly thought over: there are zones for music and work in global network, for rest and children, for acquaintance with books.

Do you want to know how Porsche brand appeared and who founded it, what the first cars of the famous brand were like and what cars they are now? Then buy a ticket to this unique museum. One of its units is the workshop where Porsche race cars are serviced and repaired.

Not all of those attractions in Stuttgart, photos with names and descriptions of which you have just seen before you, will be interesting to visit the children. However, the Pig Museum is not one of them - the funny and unusual complex is loved by adults and children of all ages. Why exactly the pig became a symbol of the whole museum? Because the inhabitants of Germany consider this animal to bring good luck and prosperity. Initially, it was just a private collection with images and figurines of piglets. Today, there are ritual masks, sculptures, and figurines of porcelain, crystal and precious metals.

If you’re interested in the best hotels in Stuttgart, look for them on this street. The main shopping and pedestrian point of the city, stretching for 1.2 kilometers. In addition to hotels, stores and restaurants, the street is home to a large number of modern and historical attractions.

Stuttgart sights: What else is there to see in Stuttgart?

It is also recommended to visit:

This block with a pioneering housing concept from the 20th century attracts visitors and residents with colorful houses built in a unique style with unusual decorations, landscaped terraces, low heights and snow-white walls. Many famous European architects worked on the projects of the buildings.

The extensive park complex appeared in the city in 1930, and continues its development even today. The area covers over 120 acres of land. The area is packed with cafes and restaurants and rides for people of all ages. You can stroll through the shaded alleys and winding paths, enjoying the incredibly beautiful nature. One of the main attractions of the park is a spiral tower 40 meters high. It serves as an observation deck, from the top of which you can see the park and its surroundings.

The tallest building in Stuttgart, providing the city with daily television and radio broadcasts. It was the first TV and radio tower in the world made of reinforced concrete (in the mid-20th century). Guests are invited to climb the two observation decks and admire bird’s-eye views of the surrounding area.

The complex includes the largest and most beautiful 19th-century botanical garden with sequoias, giant water lilies, tropical vegetation several meters high, rare orchids and other flora. The park area, which is also an impressive size zoo-an open-air zoo, is home to numerous inhabitants of different species - wild donkeys, zebras, giraffes, etc. Here is a unique in Europe “kindergarten for monkeys” - similar kindergartens do not exist in any European country. With the cubs you can take pictures and play.

Despite its relatively modest size, this castle is well-known and visited. It was built in the 18th century as an open-air residence of the Duke of Württemberg’s family. In the 19th century it was decided to turn the palace into a hunting pavilion for the celebration of successful hunting. The modern castle has a pristine medieval appearance, and inside you will find a wonderful restaurant with an outdoor terrace where you can enjoy traditional German cuisine.

We hope that with our help you will be able to make an excellent tour itinerary. Many of the listed sights can be visited alone, others are recommended to visit with an experienced guide - a qualified attendant will tell you a lot of interesting facts. Read also about sights in Leipzig and be inspired for your next trip to Germany. 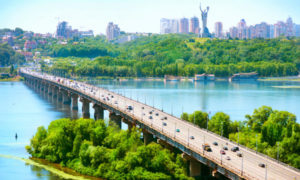 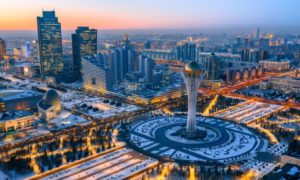 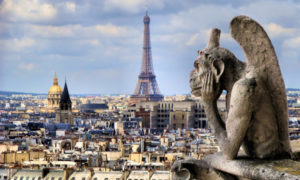