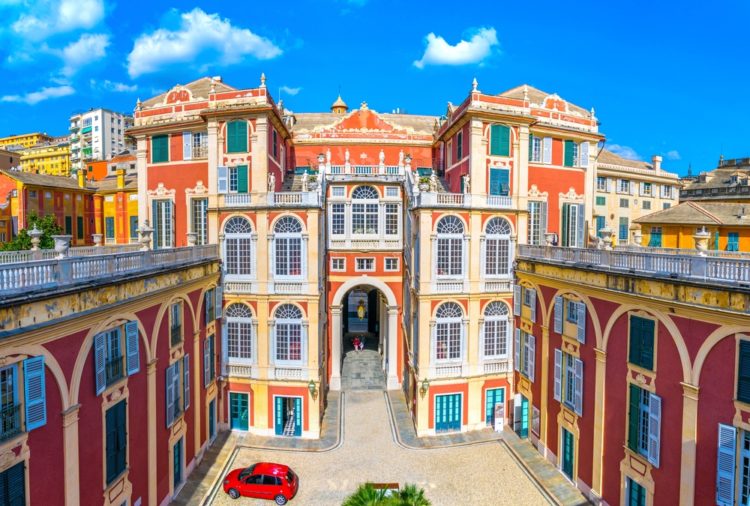 If you do not know what to see in Genoa, but want to make an unforgettable trip to this fabulous city, carefully study our rating. We will list the most important and surprising sights of Genoa, taking into account the reviews and recommendations of locals and experienced guides.

What to see in Genoa first?

To make your trip not only fun, but also informative, we advise you to book the following excursions in Genoa:

We should start our review of “the most interesting places in Genoa” with the central city square. At the beginning of the 19th century, the authorities carried out a complete reconstruction of the area, giving it a larger size and square shape. One of the local attractions is a bronze monument of D. Garibildi, installed in front of the Opera House in 1879. If you walk around the square, you can see the old mansions, visit cafes and restaurants. If you are interested in the history of Genoa, you should definitely come to this atmospheric place.

One of the most famous fishermen’s districts of the city, most of the buildings in which are still owned by fishermen’s families. The facades of the cottages are painted in red, pink and yellow. Baccadasse is interesting for tourists not only by its architecture, but also by its excellent beaches.

A medieval castle from the 17th century that has managed to survive today in its original form. The construction of the site was commissioned by members of an influential Genoese family. However, in a short time the building came into the possession of the royal family, who decorated the interiors with unique pieces of art and expensive furnishings.

Just like many other landmarks in Genoa, this one stretches along the coast. The 22-kilometer port has many terminals and four entrances for ships of all kinds. The port is home to the 3-masted frigate you can see in the movie “Pirates,” as well as the famous Biosphere, the Maritime Museum and the giant Aquarium. Something new and exciting for yourself here will find every tourist.

The oldest and highest lighthouse in the Mediterranean, considered a true symbol of Genoa. There are 375 steps leading up to a height of about 80 meters. In former years the keepers used dried juniper to support the fire, then an oil lamp. At some point La Lanterna began to be used as a fortress, and in 1326 it was surrounded by a protective trench. In the 15th century, the structure underwent extensive reconstruction and became a prison. Among the prisoners were, for example, King Jean the Second of Cyprus and his wife.

Check out the wonderful views of Genoa in this fascinating video!

What to visit in Genoa for theater fans? This wonderful complex from the beginning of the 19th century has a seating capacity of two thousand guests at the same time. Giuseppe Verdi himself staged his plays there. During World War II the building was seriously damaged. Only the facade and part of the interiors have survived.

7. The Panoramic Elevator of Il Bigo

The Old Port is home to an original tourist attraction: an elevator in the form of a crane system used to unload/load ships. The construction lifts the passengers up to 40 meters: from a bird’s eye view of the entire city, its cottages and streets, the coastal cliffs, the harbor and the expanse of the sea.

The best option for where to go in Genoa with the whole family. There are about 70 pools and aquariums with the most diverse inhabitants of the seas, oceans and rivers in an area of over 3,000 square meters. Including jellyfish, exotic turtles, dolphins and sharks. Turtles and lizards are also residents of the aquarium. Guides in Genoa warns in advance that you can take photos inside without turning on the flash.

The attraction is near the aquarium, and is a giant sphere of glass. Inside the structure is a “rainforest,” or rather a highly accurate imitation of it. In addition to all sorts of trees and greenery, you can see parrots, butterflies, iguanas and birds in the botanical garden. There are piranhas living in the local pond. Groomed paths are provided for viewing the “tropics.”

Another attraction of the city port. There are guided tours with sound and visual effects through the ten thousand-square-meter area. Many exhibits are dedicated to C. Columbus, who was born in Genoa. The collections include ancient weapons, paintings, navigational instruments and maps, ship models of the Middle Ages.

The original replica of a 17th century Spanish ship that was built for the movie “Pirates”. An interesting point is that about 25% of the total budget of the film was spent on the creation of the galleon. You can also see the ship in the TV series Neverland.

Few sights in Italy have as rich a history and as luxurious a view as this quarter of castles belonging to the most influential citizens and authorities of the city. For the most part, the Palazzi dei Rolli palaces are masterpieces of world architectural heritage. All the buildings were built on the same large-scale project. Some of the majestic castles house museums and art galleries with the best examples of French furniture, Italian frescoes, sculptures and paintings of the last 5 centuries.

A museum complex located in a 16th-century building formerly owned by the Grimaldi family. The owners of the White Palace changed several times: many owners renovated the house. Eventually the building received its white facade and a corresponding name. In the 20th century, Palazzo Bianco passed to the state, and it housed museums.

The red-colored building, created in the 17th century, is still officially part of the historical heritage of UNESCO. Until the middle of the 19th century, the site belonged to the influential Genoese family of Brignole-Sale, whose members then gave it to the city. Inside Palazzo Rosso, valuable works of art are preserved.

The construction of the castle, intended for the rulers (the Doge) of the city, lasted for several hundred years. It is now a museum inside. Some of the rooms are used for social events and meetings. In the 18th century, the building underwent reconstruction and acquired its present neoclassical appearance. If you don’t know what to see in Genoa in 1 day, but are fascinated by history and architecture, be sure to come here.

A luxurious 13th-century castle that once housed the famous Italian bank and the prison where M. Polo was a prisoner. At present the owners of the house are the administration of the city port.

Even the best hotels in Genoa can’t always boast a view as imposing and chic as this 16th-century villa with its huge fountain and garden. The title “princely” was given to the mansion after its owner, an admiral, was given the title of prince. The building is used for meetings of foreign ambassadors and official delegations.

The palace belonged to the famous navigator Albertis, and was built on the territory of an ancient bastion, the remains of which have been able to preserve. Now the castle is used to house the collections of an ethnographic museum. Guests can look at various objects of everyday life of aborigines from different continents of the earth. Some specimens were found by the navigator himself.

19. The Cathedral of San Lorenzo

A grandiose asymmetrical structure of the 12th century, which has changed its architectural appearance more than once. The present facade of the cathedral is made of fine marble. It is flanked by towers of varying size. Inside, the Tesoro Museum contains priceless relics of Christianity: a dish on which the head of John the Baptist was supposedly presented to Salome and the ashes of the great martyr. Among the half a thousand exhibits: silver jewels and artifacts from the 9th century.

The architectural style of the 16th-century church is late Gothic. The building is lavishly decorated with gilding, sculptures and frescoes. The interior vaults are supported by huge columns of pink and white marble.

Genoa sights: what else to see in Genoa?

We have told you about the main attractions in Genoa briefly. If you have already seen them, pay attention to other monuments and masterpieces of the Italian city:

One of the most ancient churches, created in the 9th or 10th centuries. In the 20th century the building was deserted, but today it is used as a museum. And the church itself is still active. The laconic Romanesque facade has classicist and baroque elements.

When listing the best sights in Genoa, one cannot forget this Jesuit church. It was through the efforts of the Jesuits that the church was able to obtain rare frescoes created by D. Carlone and valuable works of art.

The date of Staleno’s creation is the 19th century. Immediately after its opening, this necropolis “became a great success with the townspeople. The crypts and graves were decorated with beautiful marble tombstones, gradually transforming the cemetery into a real outdoor sculpture museum. Klee and Nietzsche often walked the paths here. The area of Staleno approaches one square kilometer. Among the most famous sites is the mausoleum of D. Mazzini, who was laid to rest here in 1872.

A well-preserved part of the defensive structure. In earlier times it was this gate that was the most extensive construction of the Barbarossa walls. From them also ran the road to Rome.

25. The House of Christopher Columbus

The building is located in the historic part of the city. According to historians, the legendary navigator was born there. However, there is another version, according to which Columbus began to live here only from the age of 4. The cottage has a modest size. It will take you no more than 15 minutes to see it in full. It is forbidden to take photos or make video recordings inside.

A resort town, formerly a small fisherman’s settlement. Now the area of Nervi is filled with cottages and hotels for tourists, and is considered a great place for a comfortable beach holiday. There are several themed museums for those interested in the history of Liguria.

The length of the main walking path of the park complex is about two kilometers. A rather narrow path runs between the sea and the cliffs. We can recommend a trip here to those who want to observe the vast expanse of water and take a quiet walk along the coast.

A spacious park center with a museum of Oriental art, arranged within the city limits. In the 16th century this area was home to various defensive structures. But later, thanks to the efforts of the Marquis of Negro, there were green spaces and a botanical school.

29. The promenade of Corso Italia

The 2.5-kilometer promenade will be especially interesting for those who want to take a night “promenade”. The project was created by the famous architect Carbone. The area is fully landscaped and equipped: there are private beaches and sports clubs, swimming pools, restaurants and bars, pavilions for recreation, bicycle paths and benches.

Another promenade along the cliffs of the coast. In some parts of the promenade there are stairs leading directly to the water. Sunbathing and relaxing is offered directly on the coastal rocks. The colorful area is covered with Mediterranean greenery, rocky ledges and sharp promontories.

If you want to enjoy an incredible panorama of the whole city, come here. In the 13th century there was a defensive structure on the lookout but it was demolished. You can take the remarkable elevator from 1910 up to the observation deck. Another option is to walk the Chirconvallazione a Monte.

We hope that the sights of Genoa, the photos with names and descriptions of which we have selected for you, will help you to compose your own entertaining sightseeing itinerary. Read also about Points of interest of Catania and be inspired for your future journey in Italy. 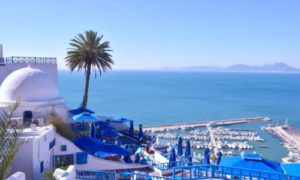 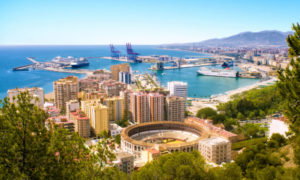 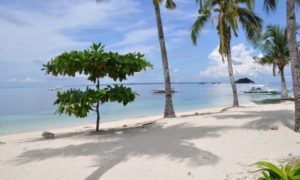 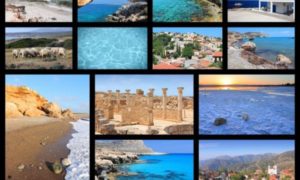