After reading our review “the best sights of Cordoba” you will be able to plan your sightseeing itinerary and take an informative trip to the hospitable Andalusian city. We will tell you what every tourist should see in Cordoba.

What’s the first thing to see in Cordoba?

In thinking up the “places of interest in Cordoba” rating, we took into account the reviews and recommendations of qualified guides and many experienced travelers. The following excursions in Cordoba usually get the most attention from visitors to the city:

The site, created in 785, is the main symbol of the city and the largest Muslim religious structure in the entire land. The Catholic Cathedral has an area of more than 23 thousand square meters. The beauty and grandeur of the mosque has affected even the Spanish who invaded Cordoba back in the day. This is how between the columns of the mosque, decorated with images of animals and people, the Catholic temple appeared in 1236. The interior is made in the Mudejar style. A prime example of something to visit in Cordoba that is a must, no matter how long your trip lasts.

Date of construction 1328. The castle was built on the orders of Alfonso the Eleventh. It was here that Columbus told the monarchs of Spain that he had discovered America. The complex includes both the royal fortress palace itself and the beautiful gardens (also accessible to the public).

An old quarter, with compact squares, pretty courtyards, ancient cottages and narrow alleys, which has a very special atmosphere. Each building here has its own charm. Guides in Cordoba recommend visiting this place also to see the main Jewish monuments of the city: the museum and the synagogue.

A historical and architectural masterpiece that is the only synagogue on Andalusian soil to have survived the expulsion of the Jews. The date of construction is 1315. To see such sights of Spain is worth, even when you are in another region of the state - excursions to the synagogue you will be offered not only by all hotels in Cordoba, but also in hotels in other cities.

The city of Cordoba is famous for its beautiful squares. This one was arranged as far back as the 14th century. The name of the square was given by the numerous stores and benches located on it. Nowadays, the area also has a lot of shopping facilities, attracting the attention of fans of shopping. Plus there is an equestrian statue of Commander de Cordoba and a fountain.

The Renaissance structure is near the Roman Bridge. In the Middle Ages it was part of the fortress, and served to protect the city. In addition, the gate was supposed to increase the flow of commerce by widening the entrance to Cordoba. Andalusia is rightly proud of the beauty of the Puerta del Puente.

Another world-famous symbol of the city, erected during the reign of Caesar. At the base of the bridge are the Puerta del Puente Gate and the Calahorra Tower with its powerful teeth. Such historically valuable sights of Cordoba should be seen first.

Part of a defensive complex created in the 13th century to protect the city from Pedro I. It later became an insurmountable obstacle to Fernando the Third, who also tried to conquer Cordoba. The structure managed to survive after a huge number of armed confrontations, preserving its original appearance. The tower now houses a museum whose guests can go back in time to Spain’s distant past.

According to historians, it was this majestic temple with its marble columns that may have been the main religious treasure of the ancient Roman people. The remains of the first-century structure were not discovered until the mid-20th century, during the expansion of City Hall. So it should come as no surprise that today they are located in a busy neighborhood at the intersection of the streets.

The Baroque palace got its present form in the 18th century. It was formerly the site of a monastery and the basilica of St. Eulalia. Today the castle is the seat of the city authorities. If you don’t know where to go in Cordoba and are interested in Spanish architecture, come here.

Like some of Cordoba’s other best attractions, this one is located a few kilometers from the city limits. The Moorish “glittering” city was built in the 10th century, and was supposed to show the superiority and power of the Caliph Madinah azzahra. Only remnants of the city’s former grandeur and luxury have survived. However, even they impress the tourists.

The complex was created in the 16th century to breed the famous Andalusian racers. Nowadays, the building houses the Equestrian Association with a theater, a carriage museum and a school. You can watch wonderful productions with jockeys and horses.

The two-story museum center was built on the remains of an ancient building in the form of a castle with snow-white walls. According to scholars, the Mannerist facade dates back to the 16th century. During its long history the castle has been rebuilt and reconstructed several times. In the mid 20th century a museum complex with a large exposition was opened there. The structure of the center is represented by different-purpose rooms connected with each other by galleries and corridors.

One of the most beloved entertainments of Spaniards is considered to be bullfighting. Therefore, it is not surprising that Cordoba has an entire complex dedicated to this unusually dangerous art and its famous representatives. Of great value is the collection named after Manolete (one of the most famous matadors of the city). Even at a young age Manolete demonstrated his extraordinary talent as a bullfighter: the whole of Cordoba came to watch bullfights with his participation. Spain was plunged into mourning, when at the age of 30 the matador died in a fight with a bull. By the way, the skin of the killer animal is also an exhibit of the museum. Other exhibits include the torero’s personal belongings and capes, bullfighting paintings, advertisements, posters and photos on the subject.

Next to the center building is a beautiful fountain with a horse, also of tourist interest. In the museum you can admire graphics (including those created by Goya), sculptures by such masters as J. Antonio and de Messa, and Baroque and Renaissance paintings. One of the best options for what to see in Cordoba in 1 day for art lovers.

The center was opened in memory of the famous local painter who lived in the 19th and 20th centuries and created in the style of realism. The complex was set up in a former hospital with originally decorated walls. In addition to de Torres’ paintings, visitors can view paintings by other 20th century artists.

The cultural center is housed in a magnificent building of an old hotel, and boasts the best flamenco collection in the state. It is worth visiting not only for the museum itself, but also for the unique 14th century building.

The museum, which also has a beautiful courtyard, was opened in a 16th-century building. On the first floor are exhibits belonging to the prehistoric and ancient Roman eras; on the upper levels are specimens from the Moriscan times.

19. Museum of the Inquisition

Visiting such museums with children is not recommended. The exhibits on display are instruments and devices for torture that were actually used in the past. The Spanish Inquisitors used them on “witches” and people “infected with heresy.” Each specimen has accompanying pictures and descriptions (including the crimes for which the person may have been tortured or executed with the objects). Photographs and jokes should not be taken with the specimens. Especially with an actual guillotine.

The zoo operates in a park area located almost in the central part of the city. Its current number of inhabitants is about 1.2 thousand species. There are both exotic and “usual” animals for Spain. The zoo was opened back in the late 19th century.

Sightseeings in Cordoba: what else to visit in Cordoba?

Now you know about the main attractions of Cordoba briefly. After seeing them, take your free time to visit such wonderful places as:

This atmospheric, traditional Andalusian square is named after a beautiful fountain decorated with a sculpture of a horse. The hotel of the same name, described in a famous work by M. Cervantes, is also located here. The area is quiet and not too big. Old buildings with a rich history can be seen everywhere.

The architecture of the site is rather uncharacteristic of the city and the whole of the Andalusian land - one can see a lush Castilian style. The square, which has kept its appearance unchanged since the 17th century, can be compared, for example, with the Plaza Mayor in Madrid. It also has impeccably flat facades of cottages, located on the edges of the rectangle Corredera.

In former times the area belonged to the Capuchin order. In the 18th century, a sculpture in the form of a crucifix created by Leon Navarro was installed in the square. The Son of God stands surrounded by lanterns, which is why not only the sculpture but also the square itself got its name. In Spanish, Farol means lighthouse or lantern.

A symbol of the city and one of Cordoba’s most beautiful alleys. Numerous vases of colorful flowers decorate everything here: windows, doors, roofs, patios, balconies, snow-white walls of cottages. This place looks incredibly beautiful in the spring months, when geraniums, hydrangeas and roses turn into a single flowering carpet. It is in the spring that a large-scale contest is organized: locals and guests choose the most beautiful house and yard. Cottage owners open their patios to travelers, allowing the latter to freely explore the wonders of “plant” decoration. Winning the grand prize is considered a huge accomplishment for every homeowner.

The original alleyway, famous for its size. The fact is that the width of the street is 50 centimeters. It is generally believed that this is the size a man’s handkerchief should have. Initially, the alley has a large width, but it gradually narrows and two people simply will not be able to walk along it simultaneously. The path leads to a mini square with a fountain and trees. By the way, unofficially, the square is also the most miniature in the world.

The name of the attraction was given by the ancient temple of the Virgin Mary, which was destroyed in the 19th century. But the park complex started to be arranged in the 18th century by the order of the authorities of Cordoba. Now the well-groomed square has many flowers and trees: strolling through the gardens is loved not only by tourists, but also by the inhabitants of the city.

We hope that those sights of Cordoba, photos with names and descriptions of which we have given, aroused your interest and you will visit them personally. Read also about landmarks of Mallorca and get inspired for your further trip to Spain. 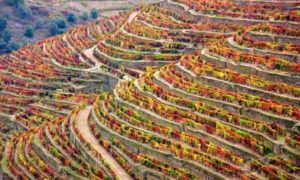