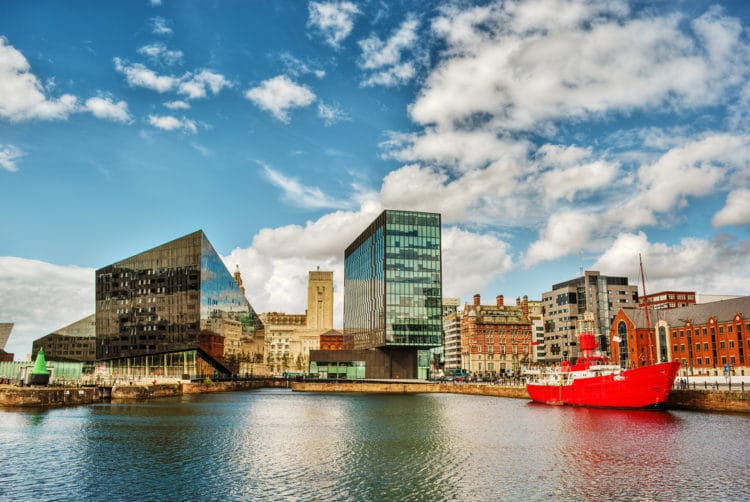 If you don’t know what to see in Liverpool, our rating will be very useful for you. We will tell you about the attractions in Liverpool that have made this wonderful city famous.

What to see in Liverpool first

In compiling our “Liverpool’s most interesting places to see” review, we didn’t forget to consider local reviews and guide recommendations. In our general opinion, when planning a trip, the following tours in Liverpool should be included in your itinerary:

A complex of warehouses and buildings nestled in the city’s port. The opening date was the middle of the 19th century. In those distant years, the Albert Dock was the first enclosed and non-combustible complex of its kind in the world, built without wood, only of metal, brick and stone. A complete renovation in 2000 brought museums, cafes, stores, office centers, and the best hotels in Liverpool to the area.

A relatively compact alleyway made famous by the legendary Beatles band. This is where the famous Cavern Club is located, where the Beatles began their journey to world fame. And on Mathew Street there are many more places that celebrate the Beatles’ 60s and capitalize on their popularity.

Every tourist should visit this jazz club, where aspiring performers and bands still dream of meeting producers and managers. Live performances are given every afternoon. Beatles compositions are played on Saturdays. At the end of the summer, a large-scale music rock festival is organized.

This museum is included in every “top attractions in England“ ranking, and guides in Liverpool advise everyone to visit it. The complex is located in the basement of one of the Albert Dock buildings. All specimens, from clothing to instruments, from records to photographs, from video to audio materials, relate to the Beatles’ work and life. The museum has several separate rooms, each with its own theme.

The Neoclassical and Gothic building’s construction date is the 18th century. The best thing to visit in Liverpool for fans of architecture. The interior is decorated with numerous paintings and mosaics, lighting fixtures and art deco elements created when the city hall itself was built. Guided tours are available when Liverpool Council members are not in the building.

Check out Liverpool's beautiful sites in this great video!

Office center built in the 20th century. The structure is equipped with a clock whose dial is more than 7.5 m (in diameter) larger than that of Big Ben. The object is protected by UNESCO and belongs to the monuments of history. The fact that during its creation reinforced concrete was used for the first time has brought fame to the building.

As well as many of Liverpool’s other landmarks, this one is located in Albert Dock. The period of construction work was 1914-17. They also used reinforced concrete, an innovative material at the time, to erect the structure. For decades the Coonard Building was the office center of a major transatlantic shipping company. Since 2001, the building has been used to house government offices.

A luxurious structure that is considered one of the city’s main symbols. The building was built in the early 20th century for three years. During the World War it was almost destroyed by bombs. However, money was found to rebuild it. If you have long been interested in life in Liverpool, and you have watched the television series The Adventures of Sherlock Holmes, then you should already be familiar with the Port of Liverpool Building. Several episodes of the film were filmed in the house.

Where to go in Liverpool for soccer fans? To see, of course, the five-star state-of-the-art stadium that serves as the home arena for the club of the same name. Although Anfield can accommodate relatively few guests (only 54,000 spectators), this 1884 sporting landmark is known the world over.

A major monument of religious culture, created in 1904 and consecrated two decades later. The architectural style is neo-Gothic. The building impresses not only with its enormous size, but also with its majestic organ pipes, tall central bell tower (one of the tallest on earth), filigree work on interior elements, and “free-floating” stained-glass windows. Your trip to Liverpool wouldn’t be complete without a visit to this cathedral.

The building was designed as a counterbalance to the huge Anglican church we described above, commissioned by the British royal family. Construction took place in the second half of the 20th century. Inside the current cathedral are slabs of marble on which the faithful are seated. One of the “highlights” of the decoration are the giant stained-glass windows decorating the ceiling, which tends upward at an angle.

What should every curious tourist see in Liverpool in 1 day? This theater arts center, established in 1925, seats about 3,000 guests. The first owner of the building was a private firm. After the house was purchased from it by the city government, it was restored. Both classics and contemporary productions are given on stage.

When listing the best attractions in Liverpool, one cannot forget this unique complex. Its displays include numerous specimens of botany and zoology, physical and natural sciences, archaeological finds and ethnological exhibits. You can not only look at the objects, but also take them in your hands. You don’t have to pay to visit the World Museum and its planetarium.

Exhibits in the 1980 complex tell the story of the city’s great maritime history. The objects on display here include antique ships (located next to the Merseyside building), navigational instruments, remnants of ships destroyed by the elements, model boats, and art paintings.

This museum began its work about seven years ago. The modern building was designed by a prominent Danish bureau. The exhibits tell the story of Liverpool, particularly the city’s building in British life. The number of exhibits is about 6,000 units.

The museum began its work ten years ago. The exhibits showcase the cultural traditions and everyday lives of Africans as major victims of the slave trade. Visitors to the complex can learn how the slave trade delayed the development of Britain and other nations, and what the consequences of slavery were (discrimination and racism). In addition to physical objects such as shackles and whips, visitors can explore digital audio and photo exhibits.

The paintings in the gallery were painted between the 14th and 20th centuries. The complex is considered one of the most important in all of Britain: the objects of art stored are priceless.

The complex, set in a pompous and massive 19th-century building, includes an exhibition center and concert hall. Ringo Starr and Charles Dickens once performed here. When exploring Liverpool’s neighborhoods, be sure to visit St. George’s Hall.

A branch of the famous gallery located in London. The opening date is late 20th century. Liverpool’s Tate is now one of the most visited art and cultural centers in the city. The number of exhibits is about 60,000 specimens. There are both permanent and temporary collections.

An old brick house with elaborate carvings and huge cones sits in downtown Liverpool. The domed building managed to survive the World War, which is a rarity in itself. The history of Blucote Chambers is really rich and interesting. For example, in earlier years it was home to a math charity school for underprivileged kids.

Liverpool sights: what else to see in Liverpool?

We have told you about the main attractions of Liverpool in brief. If you have some free time left after seeing them, take it to the following valuable objects of the city:

The architectural complex belonged to the city university, and consisted of a library, living quarters, and classrooms. About ten years ago the building was given over to a restaurant, store and museum. The structure, made of red brick, is an excellent example of colorful Victorian Gothic.

The date of construction is 1836. However, the current station building was built thirty years later. However, it, too, has been remodeled and restored more than once. The Lime Street area is steadily expanding. Already today the capacity is more than 15 million people, and this figure continues to grow.

TV and radio tower with an observation deck located about 140 meters above ground level. The construction date of the structure is mid-20th century. Elizabeth the Second was present at the opening. Originally City Tower was supposed to be a ventilation shaft. For a long time the building was empty. It was not until 1999 that it was given over to offices and conference rooms and converted to radio and television broadcasting needs.

The architectural landmark is a short drive from Liverpool Airport on the edge of an industrial area. The Speck Hall is a country mansion decorated in black and white. The date of construction is 1530 (Tudor era). The construction of the house lasted for almost 7 decades. Masters used a special technique in which partitions with wooden frames are arranged on a stone base and the space between the wooden beams is filled with clay. Inside the mansion are beautiful rooms (restored). As well as secret rooms where Catholic preachers used to hide. Visitors to the mansion can look at antique listening devices and the original chimney used to monitor the area. Local legend claims that the Speck Hall is haunted. There are gardens on the grounds, revealing panoramas of the hills and the Mersey Basin.

A beautiful park area featuring a beautiful palm garden under a glass dome, a boat station and lake, and a Peter Pan sculpture. There is a stage for jazz musicians and orchestras on the grounds. It also often features stand-up performers. There are several equipped playgrounds for children.

The menagerie is located a dozen miles from the city limits, and offers an introduction to the most amazing animals and plants. Including those that were brought to Liverpool (the park’s flora and fauna are no less rich and varied than the city’s architectural masterpieces) many years ago. Wild dogs, zebras, giraffes, rhinos and elephants are among the animals that roam free in the vast grounds. The whole family should visit the safari park.

We hope that those Liverpool attractions, pictures with names and descriptions of which we have given, were able to arouse your interest. Read also about sights of Manchester and be inspired to travel further in England. 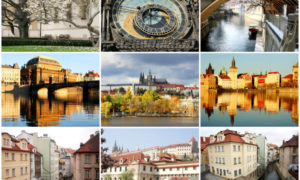 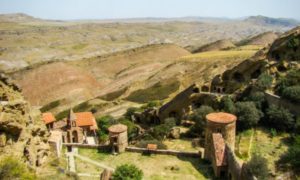 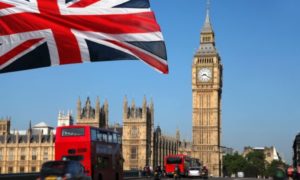