A tiny state, a sacred enclave, a place to receive a papal blessing. A photo of any Vatican attraction can convince even the most seasoned tourist to take a trip. Where to go, what to see in the Vatican and get useful recommendations for a trip here - in this article.

What to see in Vatican City first?

Even a preliminary review of the TOP places of this stronghold of Catholicism will not allow you to see everything on your own. A professional guide can help plan tours so that you can see the main attractions of the Vatican in the allotted time.

The main official residence of the Pope is represented by a complex of buildings erected at different times. Among them are the most famous landmarks of the Vatican. If a visit here happens to fall on a weekend, you have a chance to see the Pope addressing the faithful with the Angelus prayer and a short sermon from the window of his office. It takes place every Sunday at noon.

When sorting by importance the main attractions of the Vatican, one of the first places should be given to this cathedral. Standing 136 meters tall, it surprises with its size and decoration. It owes its magnificent architecture to Michelangelo, Bernini, Raphael and Bramante. From the top of the dome there is an amazing view of its interior, decorated with statues of saints, monuments and tombstones.

Even without deciding in advance what to see in the Vatican in 1 day, you will still get here, because the rating of this place with the obelisk of pink granite is off the charts. It is in St. Peter’s Square the faithful gather to receive the blessing of the Pope, to pray with Catholics around the world, or to participate in a festive mass.

Created by the famous architect Lorenzo Bernini (1624-1633), the special canopy over the altar, called the baldachin, is in St. Peter’s Cathedral in the Vatican. A huge bronze canopy (ciborium), 29 meters high, is mounted directly under the circular opening at the top of the cathedral dome on four twisted columns, on which stand statues of angels. The many decorative elements of the structure glorify the aristocratic lineage of Pope Urban VIII, under whom the canopy was created. All visitors to the cathedral are still struck by Bernini’s masterpiece for its opulence and monumentality.

The Sacred Grottoes of the Vatican are located just below St. Peter’s Cathedral in the central square of the Catholic state. It is a whole system of catacombs and tunnels, numerous chapels containing the tomb with the relics of St. Peter, the nobles and rulers of the Vatican.

Not all interesting places in the Vatican are represented by architectural structures. Construction of this artificial cave, recessed in the Vatican Gardens, began at the dawn of the twentieth century. Today it is a scaled-down replica of Lourdes Grotto in France. Entwined with greenery, it attracts masses of tourists every day.

There is hardly a tourist unfamiliar with this landmark. Whatever the purpose of the trip, this place is a must-see. In the mid-16th century, complete with Michelangelo’s “The Last Judgment”, the chapel is world famous for its frescoes by the greatest masters: Perugino, Rosselli, Botticelli. Today, conclaves are held here.

In good weather, nature itself decides what to see in the Vatican. The guides in the Vatican will lead you to this beautifully landscaped botanical park - you can’t get here without them. In the 18th century fruits, vegetables and medicinal plants were grown here, today the flora on 20 hectares has only a decorative purpose.

The Vatican’s list of top attractions includes the museum’s collection of paintings. It was founded in the 18th century by Pope Pius VI; the Pinacoteca received its own building in 1932. The collection of paintings owes its prestige and renown to the most famous masters of various eras. In 18 halls about 400 paintings are arranged in chronological order.

When considering the sights of Rome, it’s worth planning a visit to this place as well. The four palace rooms are entirely painted with frescoes by Raphael from the period 1508-1517. In the hall of Constantine, some of the images were painted after the master’s death by his apprentices. This place deserves the best recommendations of travelers.

Dating back to the mid-16th century, this structure was the summer villa for Popes Pius IV and Paul IV. The structure is quite beautiful, with an oval courtyard, planted with greenery, surrounded by two pavilions and two covered passages. Tourists leave the best reviews of the statues, the frescoes, and the amazing tiles on the floors.

This museum of ancient art occupies a well-deserved place in the list of Vatican attractions. Its halls display sculptures, mosaics, and sarcophagi. The goal of the founders of Pius VI and Clement XIV was to keep Roman and Greek masterpieces in the grounds of the Belvedere Palace. As the collection grew, rooms were added to the museum, rooms were differentiated by subject, and niches were made for the most important sculptures. Many excursions to the Vatican include a visit to it.

It is difficult to describe this Vatican attraction in detail, it is better to see it once. The walls of the apartments, arranged in a private wing of the Vatican Palace one floor below the Raphael Stations, are painted with unique frescoes. In addition to six rooms with themed names, the suite is completed by a treasury and a papal bedroom.

Any brief overview of local attractions contains information about this church. Thinking about what to visit in the Vatican? Stop by here! The oldest church here, the church is famous for its 15th-century fresco of Our Lady and Child. Don’t be fooled by the restrained look of the facade, adorned on the sides with two ancient columns: it’s very beautiful inside.

Today, the guards of the armed forces, the only ones in the Vatican established back at the beginning of the 16th century, participate in diplomatic missions and masses, carry the guard at the entrance to the state, near the cloisters of the pope and the secretary of state. They can be seen on all floors of the Apostolic Palace. The imposing appearance of the Guards is admirable and respectful.

Vatican sights: what else to visit in the Vatican

The small state abounds with famous sites. The best hotels in the Vatican are always ready to welcome guests who decide to stay here for a couple of days to see as much as possible.

This small two-tiered chapel is located in the oldest room of the Apostolic Palace and is rightly considered a famous landmark at the Vatican. It was commissioned by Pope Nicholas V and its walls were painted by the master Fra Beato Angelico. The motifs of the frescoes, now preserved on three walls, deal with the hagiographies of St. Lawrence and St. Stephen.

Not sure where to go in the Vatican on your trip to Italy? This museum is definitely worth a visit. When it opened in 1837, the exhibition consisted of finds found ten years earlier in southern Entruria during excavations of ancient settlements. Each of the 22 rooms is dedicated to a different exhibit. There is a marble portrait of Athena, a bronze statue of Mars, jewelry, and everyday objects.

When contemplating what to see in the Vatican, be sure to visit the Pinia Court, which combines the Belvedere and Apostolic Palaces. The place got its second name, the Court of the Pine cone, because of the four-meter bronze cone topped with an antique fountain. Its base is decorated with bas-reliefs depicting ancient Roman athletes. In 1990 a gold installation in the form of a ball 4 m in diameter was installed in the Courtyard.

The Gallery of the Candelabra is one of the three famous galleries of the Vatican, located in the wing connecting the Apostolic Palace and the Belvedere Palace. In this 80-meter long Gallery, massive marble candelabras (2nd century A.D.) are placed in the side openings of the arcades, which gave the Gallery its name. Also in the Gallery are ancient sarcophagi and Roman copies of ancient Greek statues from the Hellenistic period.

The gallery is a corridor 120 m long and 6 m wide with a magnificent series of murals in the form of 40 geographical maps. From floor to ceiling its walls are covered with images of the former domains of the Catholic Church and the most important regions of Italy in the era of Pope Gregory XIII.

What to visit in the Vatican for lovers of antiquity? The Chiaramonti Museum, founded in the very early 19th century, is dedicated to ancient sculpture. It consists of 2 halls and a large gallery in the form of a high arch. Here are exhibited works of Greco-Roman art, more than 3,000 fragments of inscriptions with pagan and Christian content.

This ancient fortress structure originally rose only around the Vatican. After the Saracen attack in 846, the construction of the fortification began. In the end 13 towers were built defending against enemy attack. Today in the oldest part of the Vatican Gardens you can see the surviving parts of the wall decorated with Vatican symbols.

Founded in the 15th century, the Vatican Apostolic Library holds more than 1.5 million books, a myriad of engravings, manuscripts, coins, and incunabula. There is a school for library education on its premises, the local laboratory restores the collection copies. The library’s holdings are still being replenished today.

The founding of this museum with its unique collection of archaeological artifacts dates back to 1839. In the 9 halls, along with exhibits of ancient Egyptian culture, there are findings from ancient Syria and Mesopotamia. On display are bronze and clay artifacts (4th-2nd centuries BC), Islamic and Christian ceramics, mummies and painted sarcophagi.

As the experience of seasoned travelers demonstrates, the sights of Italy themselves, Rome in particular, do not exist without the Vatican. Without a visit to this “state within a state” the impression of the eternal city would be incomplete. 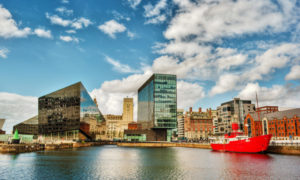 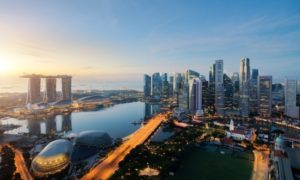 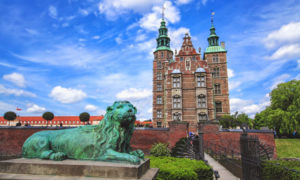