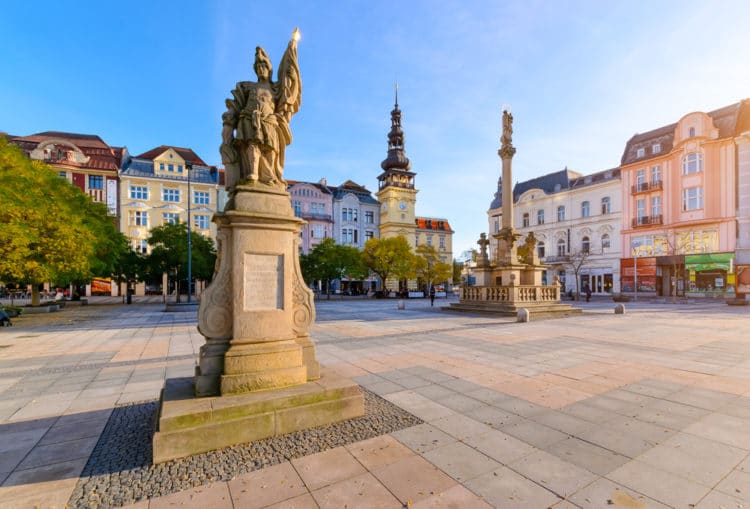 Moravia is a land of mysteries and legends, a large part of which is concentrated here in its capital. Many sights in Brno tell the most incredible stories about the city and its inhabitants. It is second only to Prague in importance and size. Regardless of the purpose of travel there is something for everyone to see in Brno. Since the main tourist flows are concentrated in the Czech capital you can enjoy contemplating the local beauties in a relaxed atmosphere. We recommend to see beforehand the sights of Brno with names and descriptions and to make a rough plan of sightseeing routes.

What to see first of all in Brno

Let’s try to describe the main sights of Brno briefly to help you get an idea of life in the city.

All guides in Brno lead their groups to this place. On the beautiful stone portal you will see the spire bent as if it had been made of plasticine, although legend says it was twisted by a giant. From afar, the tower attracts attention not only because of its height, but also because of its elegance and originality. At the entrance you are greeted by figures of squires with shields on which the coat of arms of the city is depicted. There are many legends and stories connected with the town hall.

Existing since the 13th century, the square is the epicenter of all city events. There are interesting places for festivities, lots of stores, cafes and benches. The square is surrounded by historic buildings, forming a remarkable architectural ensemble. There is a fountain in the center.

Another square is the same age as the city. Today it as in medieval times sells fruits, vegetables and berries, and hosts social events for citizens. The decoration of the square is the Baroque fountain in the form of a cave with stunningly realistic sculptures. There are also several buildings that are landmarks of Brno.

What trip to historic sites is without castles! This museum complex was once a fortress, which is reminded by the castle walls, seemingly impregnable even today. In the museum there are instruments of medieval torture on display, and inside you can visit the casemates and the exhibition. In the courtyard of the castle are often held concerts, performances, in particular by folk groups of the city. From the top point there is a panorama of the city.

This remarkable, squat structure is located on a hill, 3 km from the city. There are excursions to Brno that include a trip here. An interesting architectural project named after the customer and was created in the first half of the last century. It is interesting because it has no supporting walls, all the load is taken by the metal frame. The unpretentious interior is impressive without bright decorative elements, and natural materials are used everywhere. The onyx wall is especially interesting.

See the beautiful places of Brno in this wonderful video!

6. Cathedral of Saints Peter and Paul

Everyone should see this Czech landmark, even if they are in Brno on a short business trip. It is the cathedral on the Czech 10 CZK coin. Standing on Petrov Hill, it is visible from afar thanks to its two spires. The cathedral bell, contrary to tradition, rings at 11 rather than 12 o’clock, which is explained by an ancient legend associated with the liberation of Brno.

The church was built in the 13th century in the late Gothic style. The author of the project seems to have had an interesting sense of humor, as evidenced by the original male figure above the south window. Inside you can see several tombstones of historical figures and near the church is a unique ossuary. The interior is impressive with stained glass windows, columns striving upward, and a preacher’s pulpit painted with biblical scenes.

8. The Monastery of the Capuchins

It is one of the best sights in Brno. A light building, built without any frills, houses the relics of 16 monks. Thanks to a special system of air circulation, their mummified bodies are well preserved and accessible to view, as they are not buried in coffins, according to the Capuchin rite. The sight is a little creepy, so it’s worth reconsidering how important it is for you to see the contents before entering the crypt.

Add some interesting science to your trip! These sites are located in the center of the city, within the Cow Mountain Park. The top point of the park offers a view of the city, and with the telescopes placed there, you can look much further afield. The building is a true temple of science, since in addition to scientific presentations and exhibitions, it hosts educational seminars, conferences, as well as entertainment and concerts. Interesting are the huge planetarium with fascinating performances, the neighboring Exploratorium with an explanation of the mysteries of natural phenomena, and the unique hall with an exhibition of meteorites.

It is an entertaining science center, which entertainingly explains the essence of various physical phenomena, gives a basic knowledge of human anatomy, makes you think of puzzles and try your hand at conducting experiments. What is interesting is that you can take part in physical processes: pushing, twisting, touching, provoking some actions from the exhibits. Around the center are hotels in Brno with European service.

This building with its light facade looks laconic, without much frills. Although seemingly simple, the triangular pediment in the center draws attention with its sculptural ensemble and the graceful columns make the building look light and not burdened with superfluous elements. Special recommendations for tourists refer to the interior decorated in Baroque style. The austere marble columns, frescoed plafonds, boxes upholstered in red velvet, and statues of atlantes supporting a heavy curtain are a delight.

When creating the project, the authors were focused on the practicality of the future building, rather than on its aesthetic component. The reinforced concrete building is comfortable, functional, and has a casual facade. The repertoire includes opera and ballet performances, as well as novelties by contemporary composers.

Where to go in Brno for those who know a lot about technology? All sorts of machines are on display. You can see airplanes with helicopters, cars with motorcycles, steam engines and computers of different generations. On the upper floors there are realistic reproductions of telephone booths, dentist’s offices and other real-life moments that have to do with technology. On the top floor you can take part in experiments.

The second largest museum in the Czech Republic with rich collections of graphic and artistic art, photo exhibits, works of arts and crafts. Visitors leave heartfelt comments about the works of Czech craftsmen, glass and ceramics, and masterpieces of thread weaving. Besides permanent exhibitions, there are also short-term exhibitions devoted to individual themes. Five buildings are devoted to expositions, which says about the extensiveness of the gallery and its importance for the city and for the country in general.

Local history museum covering the history, nature and activities of the Moravian region. The museum exhibitions are placed in Dietrichstein Palace and contain rare exhibits. The legendary Věstonice Venus, the oldest ceramic statue and a bright representative of the Gravettian culture, is kept there. Besides that, objects of ancient everyday life and arts and crafts are exhibited here.

The museum is full of exhibits showing the vibrant and distinctive culture of the Roma people. The review mentions the small area of the museum exposition and the lack of pathos inherent in traditional museum exhibitions. Rather, it is a House of Roma culture. The interior is dominated by black tones, so the museum makes a slightly oppressive impression on some, but the selection of exhibits itself is certainly interesting.

The perfect place to immerse yourself in Czech natural beauty. Along the whole length of the tour route you will encounter stalactites and stalagmites, an underground river (you have to take boats here) and an abyss. Before your eyes open surprises prepared by nature: the rocks, caves, forests. The karst contrasts favorably with the familiar urban beauty.

Another Brno landmark with a touch of mystery. The huge chasm was formed by the collapse of a cave. The natives used to say it had no bottom, but in the early 20th century the first attempts to explore it were made. The legend of the wicked stepmother who pushed her stepson into the abyss to save her son is connected with this place. From the observation bridges, located on the edges, you can see the bottom of the abyss. On the upper platform there is a guest house where you can stay overnight.

This original Gothic building is also called Marble Castle. In essence it is a monumental defensive bastion with a tower. The interior deserves special attention mosaic, which lined the hall, interesting castle rooms, there is even a room of torture. All the rooms are shrouded in a dark mystery, but the visit leaves a definitely rapturous impression.In Soviet times, films were filmed here.

What to visit in Brno from medieval architecture monuments? This castle was built in the 12th century and practically rebuilt from the ruins. The first project was based on Gothic elements, and the reconstruction was dominated by Renaissance. Today it hosts weddings, concerts, folk festivals, festivals.

Brno sights: what else is there to see in Brno?

Thanks to the lack of tourist frenzy, you can see a lot in Brno in one day. We suggest a few more sites that can’t be ignored.

It was here that the Battle of Austerlitz took place and the armistice agreement was signed, and the 4 warriors at the base of the castle represent the countries that took part in the hostilities. Any tourist will be interested to see the small chapel inside with a marble altar. The park surrounding the castle, with fountains, monuments, including a memorial to the Soviet soldiers, is very beautiful.

This monument honors those who fell in the battle of Austerlitz. The mound does not, however, glorify the fallen, but pays tribute to the great and momentous victory. The grandiosity of the battle and its scale are clearly felt. The alley of trees brought from the countries participating in the legendary battle is impressive.

The high rating of the zoo and a lot of positive reviews can be explained by the variety of species and the well-groomed animals. There is a contact corner and a playground. A particular success are the Tiger Rocks, where large representatives of the feline family live in cages, you can watch them through the transparent wall of the restaurant located nearby. Also interesting is the African village, where animals from hot countries are kept.

The park appeared thanks to the Jesuit monks, who were given the manor house standing on this site. It was then called the “Jesuit Garden”. After the dissolution of the Jesuit order, the park was given to the city (thanks to Emperor Joseph). Today the park, which stretches over 20 hectares, is a favorite place to relax. The grounds are planted with exotic plants, and decorated with a decorative pond, a sculpture, and a monument to the Emperor, thanks to whom the park has become a treasure of Brno.

Advice on what to see in Brno for lovers of colorful shows. Every year since the end of the last century an international festival of fireworks with the participation of different countries is organized here. Entertainment, cultural and sporting events are held near the city’s reservoir, and an exclusive program is developed for this period.

Get ready for intriguing excursions and trips. Believe me, every day in Brno will be filled with emotions and impressions. Read also about sights in Karlovy Vary and be inspired for further travels in the Czech Republic. 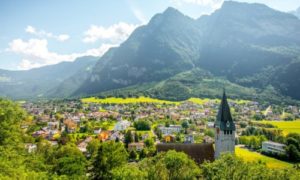 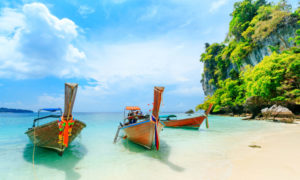 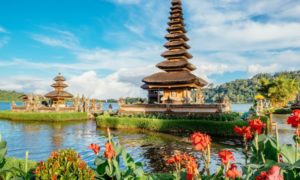 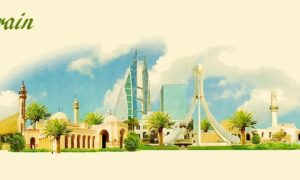