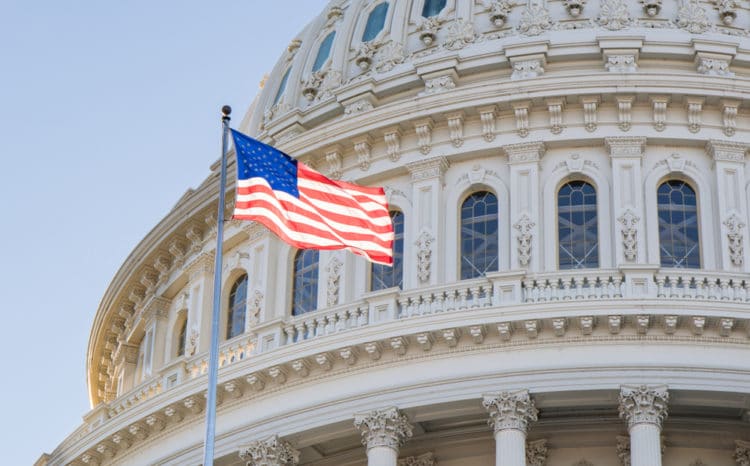 All of Washington’s landmarks proudly display the grandeur, the importance, the solemnity of American life. They don’t just have to do with history or modern achievements. It is important that iconic places mean something to the country and its people. And while much of what to see in Washington looks somewhat pompous and showy, the city is worthy of world-class fame.

What to see in Washington, D.C., first and foremost

The nice thing is that the city’s major museums are free to visit. Let’s list the main attractions in Washington briefly and tell you about the most interesting ones.

When asked “What to see in Washington, D.C., in 1 day?” the first answer is, of course, the White House. All the national power and strength of presidential power is concentrated in this symbol of American statehood. The use of the white color in the construction has several explanations, and during the tour you can hear interesting facts. The itineraries for tourists involve a tour of the rooms on 2 floors, tours are held between Tuesday and Saturday.

On Capitol Hill rises the snow-white building of the same name. All guides in Washington put it at the top of the list of places to visit, telling tourists the complicated and interesting history of construction. The first stone was laid by George Washington, at all stages of the construction of the building there have been various difficulties. Today the Capitol stands proudly on a hill, and tourists from special galleries can see how the meetings of the Senate and Congress. One can also enter the world-famous Rotunda, home to a collection of sculptures and paintings.

It is called an alley, rather nominally. In fact, it is a park area of great length with fountains, museums, and monuments that are national treasures. Interesting fact: Although the memorials in the alley honor the memory of the dead, there is a regular American routine around them.

You can’t go to Washington without seeing the monument to the venerable president. It rises proudly to a height of 169 m, with a mirrored pond and ducks sparkling in front of it. An internal elevator takes you up to the observation deck. Before the Eiffel Tower was built, this obelisk was the tallest on the planet.

The assassination of Abraham Lincoln in 1856 so shocked the American public that immediately after the tragic event it was decided to memorialize him. The memorial is a revered landmark in Washington D.C. and is built in the form of a large temple supported by 36 columns. The style of construction, by the way, makes it resemble the ancient Greek Parthenon. Inside, a seated statue of Lincoln rises to a height of more than 5 meters, stitched together from pieces of marble.

Check out the beautiful places in Washington DC in this great video!

The memorial is in the form of a beautiful neoclassical building. Inside is a statue of Thomas Jefferson, 6 meters tall. At first it was made of plaster, but after the war it was cast in metal. On the walls of the rotunda inside you can see quotes from the 3rd president of the United States. Because of the somewhat remote location, not every tourist gets here, and in vain: the memorial is worthy of attention.

Many tours in Washington, DC lead to this pentagon-shaped structure. The Pentagon is one of the largest office buildings in the world. Five floors house the headquarters of the United States Department of Defense. Despite the vast area of the institution, any point of it can be reached on foot in 7 minutes due to the original thoughtful layout.

The symbol of American justice that we see in many movies is awe-inspiring in its monumentality. A large number of sculptures are assembled in the halls. The building looks stocky, but the impression is deceptive. Inside is an elaborate infrastructure, including exhibition halls, cafes, stores, an underground garage and a basketball court for employees.

Advice on where to go in Washington for lovers of American detectives, as they often mention both this institution and its esteemed director and creator, who led the Bureau for nearly half a century. The FBI headquarters stands out against the neighboring buildings with its slightly brutal architectural style. About 30,000 people work here.

An amazingly beautiful cathedral of light sandstone, built in the best traditions of the neo-Gothic style. More than 200 windows are decorated with mosaics. One of them is world famous because of the moonstone fragment inlaid in its center. The cathedral is 91 meters high, and the cathedral organ is the largest in the capital. Many famous American citizens are buried here.

11. Basilica of the Immaculate Conception of the Blessed Virgin Mary

The large, 152-meter-tall Catholic church is one of Washington, D.C.’s finest landmarks. The dome of the basilica is only 2 meters less in diameter than the Capitol’s. If you believe the experts, more than 12 million pilgrims come here every year.

The oldest and most respectable neighborhood came into being in the mid-18th century. Everything here is prestigious and expensive, from the prices of goods in the stores to the old mansions. The material for the construction of many of them was American ceramic brick, perfectly preserved facades indicate the careful reconstruction. The neighborhood is home to the university of the same name, so the local streets are always full of young people.

There are interesting places in Washington known for unfortunate events. In 1865, Abraham Lincoln was assassinated here during a play. The first floor of the theater tells the story with a large substantial display of the president’s personal effects and murder weapons. To this day, the seat the president occupied that tragic evening is never occupied.

Paying tribute to the beautiful. What to visit in Washington for art lovers? The gallery features a unique collection of art from different eras and consists of two buildings connected by an underground passage. It seems that the architect had no desire to create monotonously, so the eastern room is built in a neoclassical manner, while the western room resembles a Roman Pantheon. Expositions with 1,200 paintings, sculptures and other works will strike the imagination of any tourist.

When going on a trip, be sure to plan a visit here. The largest library in the world, with a huge number of prints, the architecture is impressive: the exquisite façade, the fountain at the entrance, the tall arched windows. The interior abounds with mosaics, frescoes and marble columns. Among them, besides books: collections of sheet music, manuscripts, photographs. There is an amazing specimen - a tiny book the size of a dot!

The memorial is dedicated to the Christian preacher who fought for black rights. The unusually designed stone monument is impressive, though utterly devoid of pathos. The pose of King carved in stone, as if emerging from a rock, emphasizes the determination and confidence in his actions. Nearby are stacked plates with quotes from the wrestler.

Here the exhibits tell the story of American history, culture, and the progressive achievements of the nation. Many of the items on display once belonged to prominent figures of the country. The museum often hosts symposia, lectures, festivals, and social events.

A review of this museum contains recommendations for tourists who want to learn more about the Native Americans. The interior is richly decorated with marble columns, sculptures, and murals. From time to time there are concerts of Native American music and themed exhibitions.

The subdued lighting inside the museum creates a sense of mystery and enigma. Tourists are greeted by a huge stuffed elephant. There are so many exhibits that they do not fit into the exhibition halls, some of them are standing right in the corridors. Among the more than 500 million pieces on display are minerals, archaeological finds, meteorites, the Star of Asia sapphire, the Hope diamond, and the Hope diamond. The extensive collection of dinosaur skeletons and a stuffed ancient sperm whale is impressive.

20. Museum of Aeronautics and Astronautics

The museum’s four marble-cube-shaped buildings are connected by glass and steel isthmuses featuring large exhibits. Under the ceiling, spaceships, planes, and stations float in the air. Expositions are accompanied by documentary photo and newsreels, interactive simulations.

21. Museum of journalism and news

The seven-story building houses, in addition to 14 galleries, 15 movie rooms and 2 radio studios. The exhibits tell the story of the development of the media. Thanks to interactive technologies generously used in the equipment of the exhibitions, visitors have the opportunity to try their hand at being an anchor or a reporter. A memorial obelisk installed in the museum commemorates the 1,800 journalists who gave their lives for freedom of speech.

The only museum in the world with a similar theme introduces visitors to spy artifacts and tools. The halls of the museum are very interesting, where everyone can try on the role of a spy, play spy games, and take a master class in espionage training. The collection does not stop expanding today.

What to see in Washington on National Alley? This building catches the eye immediately with its brick coloring. It is styled like an ancient castle, the crenellated towers enhance this impression. The university is named after the English scientist J. Smithson, his remains are kept in a tomb in a small chapel near the entrance.

A unique monument of Romanesque architecture, the facade is striking in its splendor. The clock tower is 95 meters high and houses a museum with exhibits telling about its history. In the building itself there are entertainment centers, stores and several government offices. The observation deck offers a panoramic view of the city and surrounding area.

Going over Washington landmarks photos with names and descriptions, you will definitely see this place located by the Potomac River. George Washington’s ancestral estate is attractive with an entourage typical of 18th century estates and beautiful scenery.

Washington sights: what else to visit in Washington?

It is advantageous to choose a hotel in Washington near the center - it will encourage walking and reduce transportation costs. Although, of course, the price of accommodation will be higher than the options on the outskirts. But to see the individual attractions, you will still sometimes have to resort to the use of transport.

Another highly rated site on the National Mall. This stirring memorial has a solemn and unusual appearance. The area on which it is located is triangular in shape. Along one side is a granite wall with the names of American citizens who died in the war. The realistic steel sculptures of 19 soldiers walking through the thicket make a striking impression. At night, shrouded in the glare of light, the figures seem to come to life.

Famous warriors, politicians, and astronauts rest here. Today, only military dead with 20 years of military experience are buried in the cemetery.

It is one of the top five American gardens. There are about 60,000 species of plants there. There are huge halls with artificial fountains and vegetation of different climatic zones.

29. Great Falls of the Potomac

This spectacular natural phenomenon is among America’s Landmarks and is located 15 miles from Washington, DC. The 6-foot waterfalls have an interesting geological history. Some sections are a favorite spot for kayaking enthusiasts, although given the speed and strength of the current, it is not always safe.

Tourists from all over the world come to see this fragrant and spectacular event. In 1935 the festival first delighted the citizens with the blossoming of 3,000 sakura trees, presented to Washington by the mayor of Tokyo. Since then, every year the banks of the Tidal Basin are covered in wonderful color, marking the arrival of spring. The festival lasts for 5 weeks, during which there are concerts, sports competitions and other recreational activities.

If you’ve decided to go to America, then a visit to Washington is a must. You must see with your own eyes the kilometers long boulevards, wide avenues, legendary monuments and understand how zealous Americans are in making dreams of freedom and justice come true. Read also about Las Vegas attractions and be inspired to travel further in the United States. 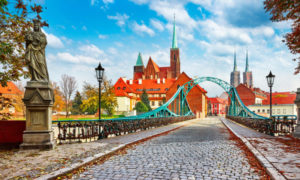 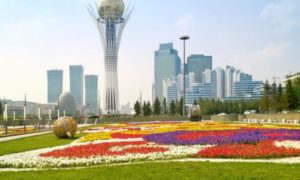 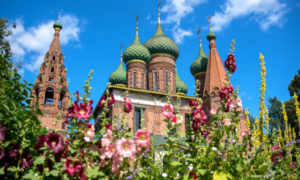 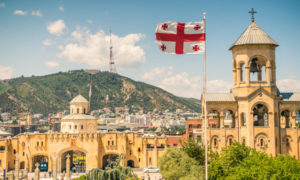