Agios Nikolaos is the capital of Lassithi, located on the eastern part of Crete. It occupies the western zone of the Gulf of Mirabello, 62 kilometers from Heraklion. In the 3rd century B.C. it was a large trading place, the welfare of which was shown by the coins produced here (its own money was a sign of prosperity). The name of the city is associated with the Byzantine church, which was erected in the IX century in honor of St. Nicholas. But it was actively built up only since 1870.

The rudiments of tourism began in the sixties of the 20th century, quickly covering all the cities. Over time, tourists from all over the world began to come here. In the summertime the city hosts the festival “Lato”. It is possible to see the various exhibitions, performances of artists from Greece and Europe, as well as folklore ensembles.

The sights of Agios Nikolaos in Crete, the clean beaches (many have received the Blue Flag Award), the scenery of the amazingly beautiful Gulf of Mirabello have allowed it to become a world-class resort city.

From the local airport of Heraklion to Agios Nikolaos there are regular buses. The trip takes about an hour and a half. You can also take a cab. For a comfortable transfer around Crete, you can rent a car, which is available to choose beforehand or take upon arrival.

The town is jokingly referred to as the local Saint-Tropez. This has mainly to do with its location near Lake Voulismeni, which has fresh water and is 64 meters deep. Legend says that Athena and Artemis themselves bathed here.

Until the middle of the XIX century the lake was not connected to the sea. In 1867 the Turkish governor gave the order to build a canal, which was to connect them. But even so, the lower layers were still freshwater because of the large number of underground streams that feed the lake. And the upper approximately 30 meters became saline.

After the liberation of Crete from the Nazis, many German equipment was dumped at the bottom of Voulismeni Lake by the locals and is still there today. Today the lake is shrouded in an amazing atmosphere of romance, a large number of restaurants are full of relaxation. Here you can enjoy a delicious drink. Lunch is better in the local restaurants, where a full meal will cost 20% cheaper.

The photos and descriptions of the sights of Agios Nikolaos in Crete are impressive. But it is better to see and appreciate all the charms of the town with your own eyes. List of the most visited places:

Photos of the sights of Agios Nikolaos in Crete do not allow you to fully realize the beauty of the area. People of all ages love to vacation here: whether it is an active holiday or a quiet and romantic trip. Even children will have a fun time, if you organize your leisure time properly.

Every year crowds of tourists come here to enjoy the amazing gifts of nature and appreciate the cultural and natural monuments. Thanks to the constantly running shuttle buses, you can explore not only the city, but also the surrounding area in a short time. It is worthwhile to get acquainted with the pricing policy, to consider possible excursion tours. With proper planning you can spend a minimum of time admiring the nature and appreciating local attractions. Read also about sights of Corfu and be inspired for further travels in Greece. 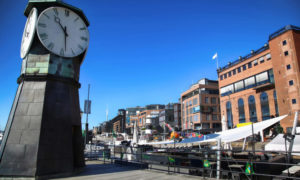 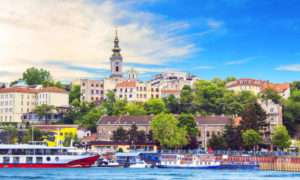 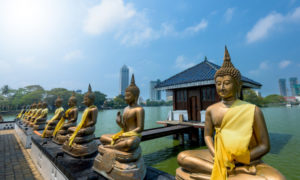 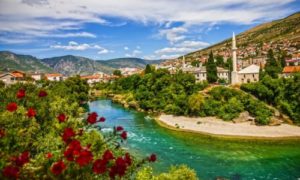