Spread across more than thirty islands and boasting numerous attractions, Bahrain is considered the ultimate vacation destination for wealthy travelers. It hosts Formula One races, grows pearls and produces oil, all of which point to the country’s success, while the locals honor their traditions, which travelers can explore. Hotels in Bahrain are mostly fashionable complexes that have everything to ensure guests’ comfort: luxuriously decorated rooms, green areas, fitness and spa centers, conference halls and landscaped beaches. But if you step outside the hotel, you will plunge into a completely different life, filled with special color. Some of the places to see in Bahrain include local markets, museums, farms, and nature reserves. Not sure what to see in Bahrain? Especially for you, we have compiled a list of popular places in this country, which includes the most interesting attractions in Bahrain.

What to see in Bahrain first

When researching what to visit in Bahrain, keep in mind that the sites include religious monuments, modern structures, and natural wonders. Most of the attractions are located either in the capital itself or near the city, only some places you will have to drive for a long time (this is due to the relatively small territory of the country). It is advisable to decide right away where you want to go most, and our rating of attractions in Bahrain will definitely help you with that:

The Bahrain World Trade Center is a structure with an original design in the form of two enormous sails which were built by local builders along the coast. The towers are connected by three passages and the total height of the skyscrapers reaches 240 meters. This is one of the places worth visiting in Bahrain, at least to admire the unimaginable views of the Persian Gulf, which open from the observation deck on the forty-second floor. Tourists can also do a lot of shopping and have lunch or dinner here. Mostly the offices of local and foreign companies are located here.

Qalat al-Bahrain is a fortification complex that was built more than five thousand years ago (the number of towers increased later) and has been preserved almost in its original form. The buildings are of different styles and vary in purpose - so far, scientists have found temples, residential buildings, places of public assemblies and an analogue of barracks. Archaeological excavations are still underway at this UNESCO-protected site (no more than 25 percent has been excavated), so some areas are closed to tourists. It is confirmed that this Bahraini landmark used to be a Portuguese port through which merchant ships passed. Now it is an archaeological monument worth seeing with your own eyes.

The King Fahd Bridge is the longest road crossing structure in the region and connects the country to Saudi Arabia. Spanning 25 kilometers, the bridge, named after a ruler of a neighboring state, cost more than $1.2 billion, with no local government involved in financing this Bahrain landmark (Saudi Arabia paid for everything). Construction work took five years, and it was first opened in 1986. In fact, it is a grandiose complex of dams and bridges consisting of three structural elements, which all together make a lasting impression. In times of unrest, it is used to move troops as quickly as possible.

Al-Fatihah Great Mosque is the place that all tourists recommend when talking about what to see in Bahrain. The mosque is of enormous size and is among the largest on the planet. The structure is designed for the simultaneous prayers of up to 7 thousand worshippers and has four domes with a diameter of almost twenty-five meters. Built in the traditional Islamic style, the building is considered a calling card of Manama and is the central place for prayers of citizens and pilgrims since 1988. Tourists are allowed to see the interior decoration, but it is necessary to adhere to certain religious rules, about which the guides tell before starting the tour. Very close to the Great Mosque is a palace complex, where the current ruler of the Islamic State lives.

The Al-Khamis Mosque is a mosque with two minarets of identical architecture that stands out from the rest of the buildings. The first stones were laid as early as the seventh century B.C., and there have been alterations and reconstructions since, most recently in the twenty-first century. Covering an area of 455 square meters, the building attracts numerous pilgrims and its structure includes a hall with a flat roof and natural stone columns supporting the ceiling, as well as a prayer hall with wooden columns from the fifteenth century.

Be sure to check out this beautiful video about Bahrain!

Fort Arad - If you’re a fan of military history or just want to learn more about the country, among the things to see in Bahrain, this Arabian-style fortress is a must see. Despite the reconstruction work done, the authenticity of the visual appearance of the fort, built back in the fifteenth century, has been preserved.

7. Tree of Life in Bahrain

The Tree of Life in Bahrain is a Bahraini landmark that has no counterpart anywhere else in the world. The acacia tree, which grew in the heart of the desert more than four hundred years ago, has no source of moisture, but it does not die. Finding the natural anomaly is extremely easy - it is located on top of a 25-meter hill at a two-kilometer distance from Jebel Dukhan. Many locals believe that the long-lived plant is located exactly where the Gardens of Eden were thousands of years ago.

Riffa Fort in Bahrain, a fortress formerly home to sheikhs, is known for being located on the former capital. The fortification complex includes an outer defensive wall and a palace, which now houses a historical museum.

Al Jasrah House is a place worth seeing in Bahrain to appreciate the greatness of the ruling dynasty and to see how true kings live. Hamad ibn Isa Al Khalifa was born in this summer vacation house. But this is not the only thing that attracts tourists here. The building is characterized by aesthetic beauty and is a striking example of classical Islamic architecture. Among the original features is the facade decoration with plaster, coral and other materials of exclusively local origin.

Bahrain sights: What else to see in Bahrain

If the list of the most popular attractions in Bahrain is not enough for you, or some of them do not fit your individual preferences, explore a couple of other recommendations of where to go in this country. Some of them are a long way from the capital, so think about transportation ahead of time. A universal solution is to book a tour in Bahrain, which will allow you to see several tourist attractions at once in one trip.

National Museum of Bahrain - This museum is considered to be the largest museum in the Gulf region, providing visitors with the opportunity to study the most ancient exhibits. The structure itself is modern in style, and at the entrance tourists are greeted by a sculpture of a pharaoh.

The Quran Museum in Bahrain is a thematic museum where one can view a variety of items related to the sacred Muslim teachings. It is open for visitors only 2 days a week but you can visit the enormous book repository any day. There are ten rooms in total, with exhibits dating back to the 8th century A.D.

Al-Arin Reserve is an area of natural habitat for exotic animals and plants that extends over an area of nearly eight square kilometers. Visitors are only allowed to walk in one section with an area of 300 hectares, while the rest of the area is equipped for the natural and protected growth and development of fauna and flora. Any guide when asked what to see in Bahrain will definitely mention this park as it features rare representatives of waterfowl and wild birds and animals as well as plants capable of surviving in desert conditions. The park complex also includes a veterinary clinic and a separate hospital for falconers. If you have a child under the age of three with you, there is no admission fee, and children under the age of 12 sell tickets at half the price of adults.

The Royal Camel Farm is one of the largest camel farms in existence and a popular attraction in Bahrain with approximately 500 camels permanently living there, whose behavior is very fascinating to watch. A separate group is made up of animals owned by the royal family - most of them are racehorses, but riding them is forbidden. Farm rules allow you not only to take pictures and watch the camels, but also to pet them (be careful, because the animal can spit on you).

Formula 1 Grand Prix of Bahrain - Speaking of what to see in Bahrain, it’s impossible not to mention the tracks designed to host the most famous car race. The best drivers in the world drive sports cars here for fourteen years, and the spectators gather from all corners of the globe. The rest of the time, the proving ground, located in Sahir, is open to racing fans and everyone who loves adrenaline. There is a special rental center where you can rent a car and drive it for fun. In addition to Formula 1, other sports car competitions are also organized here.

Use our Bahrain sightseeing tour to plan a trip you’ll remember for a lifetime. Holidays in this country are unlikely to be cheap, even if you limit yourself to visiting only the most interesting places, but the emotions you get are worth it! We told you what to see in Bahrain in 1 day, and where to go if you have more time. In addition to photos and descriptions, we also recommend reading tourist reviews to understand exactly whether to include this or that object in the itinerary of your trip.

Foreign guests have Russian-speaking guides in Bahrain, whose services are definitely worth using to make the acquaintance with the main sights as fascinating as possible and not to break any local traditions. Organized tours can be both group and individual - it all depends on your financial capabilities and preferences. You can also travel around the country on your own, but then it takes a lot of time and effort to prepare. As for the best time to see the best sights in Bahrain, it is the first half of spring and winter, when it is not so hot and humid. Read about attractions in Saudi Arabia and get inspired for your next trip to the Persian Gulf! 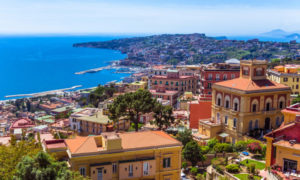