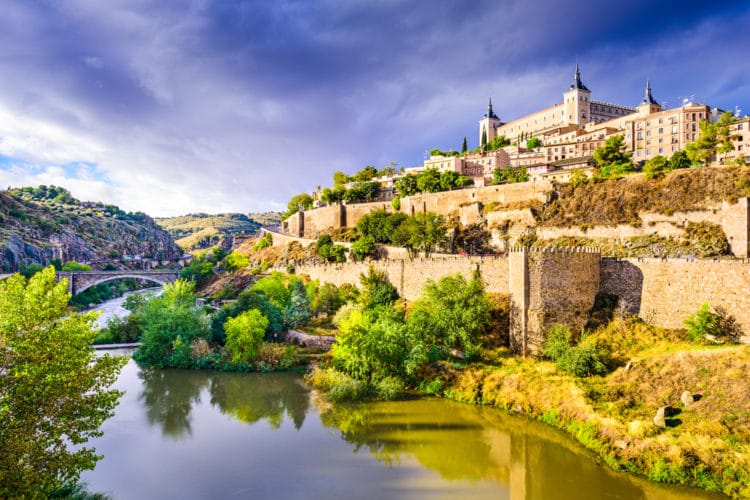 If you are interested in the best sights in Toledo, take a close look at this review. We will tell you what to see in Toledo will be interesting for anyone of any age.

What is the first thing to see in Toledo?

In compiling our “places of interest in Toledo” rating, we took into account recommendations and reviews from Spaniards and experienced guides. In our general opinion, every tourist should pay attention to such excursions in Toledo as:

A medieval defensive structure located in the upper part of the city. At one time this palace was a haven for the royal families of Castile. The building is a symbol of nationalism in Spain. Nowadays it houses a library and a military museum. Such attractions in Toledo should not be missed, even if your trip is only for a few days.

A Gothic architectural monument of great cultural and religious importance to the entire state. The cathedral was erected on ancient Roman foundations. The date of completion of the temple is the 15th century. The building is striking in its grandeur, both outside and inside. The interiors have exquisite stained glass from the 14th to 16th centuries and 88 magnificent columns. Inside are paintings by Rubens and Raphael, Titian and other great artists. Equally interesting is the room of the priests’ robes. This ancient cathedral is on any list of “major attractions in Spain“.

A 14th-century structure created by Maltese knights in the Moorish style. In the Middle Ages it was part of the city’s defensive complex. Above the entrance arch, you can see illustrations from the life of St Ildefonso (an archbishop especially revered by the townspeople in earlier centuries).

The date of construction is the 16th century. The gate was originally a defensive citadel in its own right. Several cylindrical towers with white-green tiled roofs adorn the exterior of Bisagra, with a giant stone eagle with two heads in the center. Guides in Toledo are able to tell many wonderful facts about this ancient structure.

Until the 13th century, the structure was the only possible way to cross the Tajo River into the city. According to legends, the bridge was arranged as early as the 9th century - it has been subjected to numerous demolitions and reconstructions. At the beginning of the 20th century, the site was awarded the status of a monument of architecture.

An arched structure built in the 13th and 14th centuries at the behest of Archbishop Tenorio. In the 16th century, the bridge was reinforced on each side with beautiful towers of stone. The structure is supported by five powerful arches. If you want to see the best sights in Toledo, come here - the view of the historic part of the city is unique.

The construction of the Municipal Hall began in the 17th century: the works lasted for many decades. The Classical style building is characterized by its elegant forms, simple lines and symmetry. If you do not know what to visit in Toledo, but are passionate about architecture, your trip here will be the best decision.

The site of the landmark is the site of a former Arab bazaar. At the end of the 16th century the Socodover burned down almost entirely. The authorities only reconstructed it in the 19th century. Today it is here where the most famous tourist routes begin. On the square, various events are regularly held: from performances of musicians to fairs and folk festivals.

On the Tahoe coast at a strategic height is a grandiose Medieval palace. Its loopholes and towers are decorated with rectangular battlements, its brick-framed windows with ornaments and reliefs. The building is made of discreet gray stone, but still has a majestic and imposing appearance.

A 15th-century Franciscan temple located in the northwest of the city. A striking example of late Spanish Gothic architecture. The complex includes a splendid chapel with a vault and nave. On the facade of San Juan de los Reyes you can see the chains of Christians who were rescued from the captivity of the Moors.

The Jewish quartile contains a temple formed from an ancient synagogue. The date of construction of the synagogue itself is 12th century. The building, with its elegant columns, is open to the public, although it has lost its religious function.

Date of creation - 14th century. The architectural masterpiece is decorated with curved arched windows, Hebrew and Arabic inscriptions, original floral and geometric prints, and other recognizable elements of the Moorish style. After the Jews were expelled from the country in 1492 the synagogue passed into the possession of the Knights. Today it has a museum complex with works by the famous sculptor and painter El Greco (he himself never lived here).

A modestly sized 12th-century church near the Jewish Quarter. In the 14th century the Earl of Orgaz ordered the building reconstructed, and it is now in the Gothic and Mudejar styles. Inside the church you can see a work called The Burial of the Count of Orgaz, one of El Greco’s most famous creations.

Baroque cathedral from the 17th and 18th centuries. Five architects worked on the complex at one time (over a hundred years). Even after the church was consecrated, various buildings were added to it. In the early years the facility belonged to the Jesuits, then received the status of a parish church, and in 1930 returned to the representatives of the Jesuit order. If you don’t know what to see in Toledo in 1 day, come here. The history of the church is really interesting.

A 10th-century structure designed by one of the greatest Arab architects of his era. Along with other Muslim mosques, it was converted into a church for Christians. Inside are unique frescoes from the 13th century.

The artist lived in the Jewish quarter of the city for an extended period. The Toledo authorities have set up a museum in his house recreating the unique atmosphere of the olden days. The expositions include works by the master himself and other artists. Guests are invited to admire the paintings, ceramics, furnishings and personal belongings of El Greco.

The complex is located in a building that once served as a hospital. The structure was erected in the Renaissance style of pink sandstone. A grand staircase of marble, sumptuous carvings, and rich columns are only a small part of the decor of the landmark. The main value of Santa Cruz is considered to be the dozens of paintings by El Greco. If you don’t know where to go in Toledo, but are passionate about painting, be sure to come here.

When you visit the Templar Museum in Toledo, you can admire the reconstructed environment of a bygone time. Stands and paintings, as well as a film, tell the story of the legendary and powerful Order of the Templars.

19. Museum of the Inquisition and Torture

When speaking briefly about the main attractions of Toledo, it is necessary to mention this unique museum. Its specimens are arranged in five rooms and tell the story of the formation, development and the end of the phenomenon of the Inquisition. The exhibits offered for viewing are: garrotte and guillotine, belts of allegiance and shaming masks, head and limb squeezing presses and other terrible instruments of torture used by civil and religious courts to torture the accused. Persons with a weak mind should refuse a visit to such a museum.

If you want to know how the armament of the state developed and how Spanish military history took shape, come here. The interiors are decorated with heraldic shields created by Velazquez (rare examples of this type of creative work by the master).

Toledo sights: what else to visit in Toledo?

If you have already seen all those sights of Toledo, photos with names and descriptions of which we have given, we recommend you to visit the following objects of history and culture:

The Renaissance structure, created in 1603, was the first entirely classical structure in the state. The complex includes: several columned courtyards, a temple, and a castle museum. Until the mid-20th century, the site was owned by a Spanish church. Now it is a private museum with valuable exhibits of the Lermi ducal family: pharmacy samples from the Middle Ages, canvases by famous painters and hospital archives. The list of paintings includes works by El Greco commissioned by the Duke for the institution.

When you arrive by train in the city, you will be struck by the beauty of the magnificent train station building. The building is in the Mudejar style, and seems like a Moorish medieval palace. Adjacent to the station is a colorful tower, decorated with a clock dial. Remarkable not only the facade of this “castle”, but also its interiors - the interior furnishings are as beautiful and luxurious as the decoration in the house of some Caliph. Even the best hotels in Toledo sometimes cannot boast the same luxurious design and exterior.

Spanish zoo and landscape complex with a special microclimate and unusual traditions. To get acquainted with the local flora should allocate a full day. Vegetables, grapes and olive trees grow on the banks of the local river. The mountain peaks are studded with juniper bushes and covered with oak groves. Thanks to the numerous fragrant plants, you can always smell the exquisite fragrance of flowers in the area. Among the inhabitants are birds, most of which are in the Red Book: black vulture, imperial eagle, wild owls.

If you want to see the best panoramas of the city, head outside the Toledo city limits. For example, this popular vantage point for travelers and locals. It is located on the roundabout that encircles the city. You will see historic neighborhoods, mountain peaks, a beautiful valley, and the river. You can take many memorable photos.

In the outskirts of Toledo you can see the silhouettes of the windmills made famous by Miguel de Cervantes. We recommend you visit the largest windmill complex in the country - it is located in a small town called Campo de Criptana. The number of ancient windmills here is a dozen. They have lost their purpose. Now they are just part of the infrastructure for tourists. Some are offices, while others are museums. Every traveler will find an interesting object to see.

Toledo is a hospitable Spanish city, whose sights can be seen during a whole vacation. Think about which sites are able to captivate you first, and buy excursions in advance. Read also about Barcelona sights and be inspired to continue your journey in Spain. 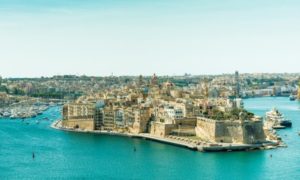 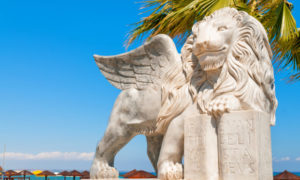 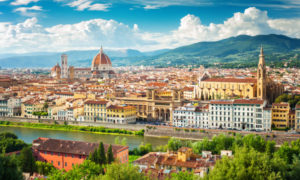