This small but very colorful medieval town rises majestically on the Rhine. It is a major industrial chemical-pharmaceutical center, at the same time being called a city of science and art. The city has an interesting and very advantageous location to attract tourists: It is on the border of Germany, Switzerland and France. All famous attractions in Basel owe their origin to centuries of history, rich in events.

What to see first in Basel

Making a list of what to see in Basel is worth doing in advance. In the large and small (old and new) city, divided by the Rhine, there are many places worth seeing, especially if you are there for the first time.

This red sandstone building on the market square is not to be missed even by the most sophisticated tourist. Built in the Gothic style, the town hall is admired for its architecture as a whole as well as for its nuances. Particularly interesting are the clock of the beginning of the 16th century, the coat of arms above the entrance, the statue of Munatis Plankus in the courtyard. Today, the building hosts meetings of the State and Grand Councils.

If you list the main attractions of Basel in brief, the first on the list is this monastery built in the 11th century. The external architecture bears the signs of the ancient Gothic, inside the building is decorated in the Romanesque style. Inside it is interesting to see the western facade, called the entrance of the Gauls, and the main facade decorated with several sculptural ensembles. When entering the cathedral, the sandstone lectern and the crypt in which the tombs of the city’s bishops are buried catch the eye. For a fee, you can climb to the top of one of the towers and enjoy a view of Basel.

Many guides in Basel include the fountain in their list of recommended sights.The site used to be a theater, which later burned down.Sculptor Jean Tinguely created it from 10 iron figures, each performing a different role. The function of some of them is to sway water, others are busy throwing out water jets.The fountain is the best way to convey the author’s penchant for creating kinematic compositions.

Of the three surviving gates, this one is considered the most beautiful. They open the way to France. After all the vicissitudes of history Basel had to endure, it survived and today stands 40m high (the central tower) and 28m high (the towers on either side). The entrance is decorated with a carved coat of arms of the city surrounded by two lions.

5. Botanical Garden of the University of Basel

This oldest site is among the best attractions in Basel not only because of its venerable age. Its grounds are divided into zones with different plants: a section for ferns, a grove, a greenhouse for tropical plants, succulents and water lilies. There is also a greenhouse for thermophilic plants, where they are transplanted with the onset of cold weather. You can even see some endangered species here.

Soak up the atmosphere of Basel in this beautiful video!

Many tours in Basel include a visit to this zoo in the heart of the city, spread over 12 hectares. At the entrance you will find information about the animals available for viewing that day. Baby animals can be seen in a designated area, while adults are observed in areas open to the public. The design of the aviaries provides for the possibility of high-quality, interference-free shooting.

Have you had time to visit the most famous places and don’t know where to go in Basel for the last time? This zoo is remote and therefore only for the very persistent ones. But it’s worth the trip, and admission is free! Cozy park with a small area, huge aviaries and well-groomed animals. The number of species here is much less than in the main zoo, but the impressions are most enjoyable.

Many of Basel’s landmarks relate to architecture. This reformed church was built at the juncture of the 19th and 20th centuries. What catches the eye is the openwork rose in the center of the facade wall, the mosaics on the walls and the tower with rich ornamentation, statues and clocks. The statue of the Archangel Michael with a sword fighting a dragon greets people who enter the church. The building vividly presents the Neo-Romanesque style of architecture.

The largest church in the country, built in the Gothic style. If you don’t know what to visit in Basel, we recommend a walk to this place. You’ll be impressed by the ribbed brick vaults, because you won’t see more brick in the buildings here: it was very expensive in the century before last. The builders, however, had to save some money and made the pulpit from wood, which was much cheaper at the time.

When listing the attractions of Basel with names and descriptions, it is necessary to mention this museum with the main exposition in the old town, in the former Barfusserkirche church. The three branches of the museum feature exhibits from the Middle Ages. The building itself formerly functioned as a church but was looted during the Reformation and was used as a barn until the 19th century. After famous historical events, the church became the home of the Historical Museum of Basel.

On a trip with a tourist destination, this interesting structure of Mario Bott’s hands with unusual “kinetic” sculptures by Jean Tinguely, made from household appliances of various purposes, is a must-see. As materials for the exhibits the master took bicycle spokes, old metal pipes, rusty kitchen utensils. Not for nothing the exhibition gets rave reviews from tourists: before their eyes some exhibits are falling apart on their own, while others are moving according to their own known algorithm, creating amazing abstract paintings. The presence of the exhibition with the documentation of the master will satisfy the curiosity of the most inquisitive visitors.

The museum exhibition includes works from the fifteenth century to the present and receives top tourist recommendations. Works of the present are on display in the Museum of Modern Art, which is part of the art museum. The medieval collection features the works of Hans Holbein most fully. The exposition of the 19th century with works by Cézanne, Van Gogh, Gauguin is remarkable, and the collection of works by Dali, Picasso, Munch, Léger and Nolde is impressive.

According to traveler reviews, the rating of this unusual museum, which recently underwent a restoration, is well worthy of respect. In an authentic museum setting, visitors learn the tricks of typography step-by-step, using old book printing techniques and creating their own paper.

It is probably impossible to list all the interesting places in Basel. This museum, filled with toys from all over the world, is one of them. Miniature stores and merry-go-rounds, houses with furniture and teddy bears of different sizes racing in cars and waving flags, of which there seem to be hundreds. There are interesting rooms imitating a pharmacy, school, monastery, library, as well as a street with a luthier’s shop, dentist’s shop and photographer’s shop. There is even a wedding parlor and a town maniac! Undoubtedly, the place is recommended to visit.

People interested in history have a lot to see in Basel. The only one in Switzerland, it has an exhibition of ancient exhibits and examples of Mediterranean culture. Founded in the second half of the last century, it is the youngest museum in the city. The complex includes a sculpture hall with plaster copies of ancient sculptures.

Basel sights: What else to see in Basel

The city of Basel has a lot to offer not only in terms of ancient history but also in terms of places to see, things to see and things to do, so it’s good to take a walk and enjoy the simple life of a typical Swiss. So, what to see in Basel in 1 day if there is not much time?

This place will teleport you to the farthest corners of our planet and transport you through time. Not literally, of course. In the exhibition halls are exhibits - representatives of all areas of natural history. Visitors are invited to interactively observe the history of the origin of life on Earth, for children an educational and entertaining program is provided.

The country’s tallest building with a stunning view of the Rhine was recently built and has become one of Switzerland’s landmarks and is the headquarters of the major pharmaceutical group Roche. The building, with its beveled gable ends, stands 178 m high. Its spectacular appearance is provided by a glazed façade, the interior of the tower is represented by multilevel communication areas with open terraces.

If your trip to Switzerland brings you to this station, linger here, take a look around. Opened in the mid-nineteenth century, it was the pioneer of railroad development in this city. The station building was built half a century later and has two towers. From the roof gable the Mercury looks out at travelers, while the statues above the entrance depict the four elements. An austere building with a funny story.

Another city train station that is featured in all tourist reviews. Its main building is neo-Baroque, and its 16 platforms receive and send trains. The part adjacent to the west side of the station is considered French territory.

A number of European World Cup matches were held here in 2008. It is surrounded by hotels in Basel with a truly European service.It was built in 2001.The arena is a square with a flat roof and a huge monitor mounted on it. The capacity of the two-tier stands is about 38,000 spectators. The city club trains here.

In Basel the architectural representatives of the old and new eras blend harmoniously together to create the indescribable atmosphere of a small European town. Take the opportunity to soak up the rich cultural life and enjoy your stay in this beautiful city. Read also about sights of Geneva and be inspired to travel further in Switzerland. 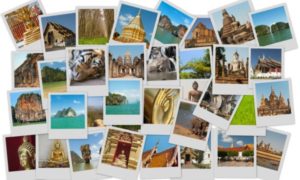 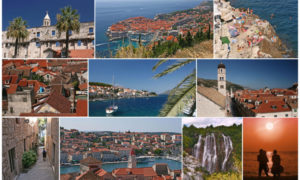 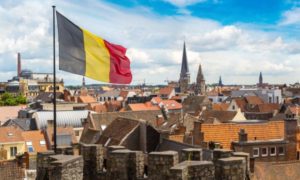