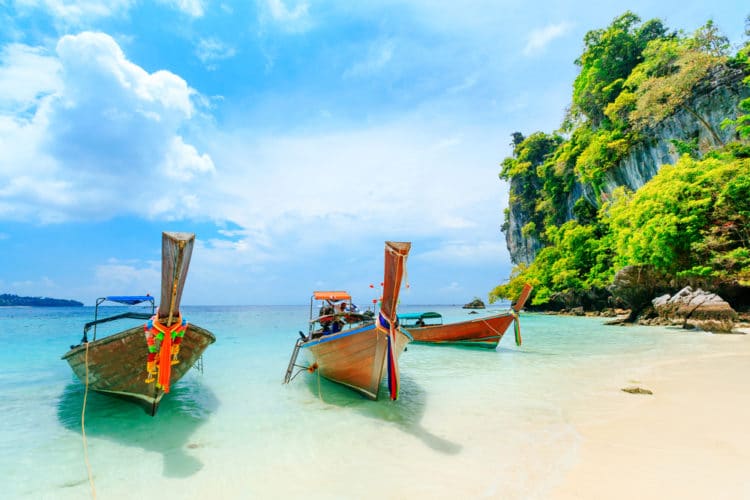 After reading our review, you’ll know which Phuket attractions to visit first. We will provide you with recommendations, taking into account reviews and opinions of experienced travelers and locals. We will be glad if our rating of what every tourist should see in Phuket will help you create your own sightseeing itinerary.

What to see in Phuket first

To list all the exotic and interesting places of Phuket could be a long time. Therefore, we bring to your attention only the most famous and popular attractions of Phuket:

The statue of the deity is five meters tall. It can be seen from various corners of the southern part of the province. Despite the fact that the temple complex and the statue appeared only in 2002, they are considered the true symbols of the island. It is here that guides in Phuket advise to go first.

The largest and most luxurious temple complex in the province. At one time its abbot was the famous healer and abbot monk L. P. Cham. On the territory of the temple there is his statue. According to Thais, by touching the figure, you can get rid of many diseases. Arriving on the island of Phuket, be sure to make a trip to this temple.

The complex was constructed in the 19th century. The rather modest temple, with emerald statues of snakes at the entrance, is still a huge success. Twice weekly at night on the territory of Suwan Khiri Ket open market, which is no less interesting to visit than the usual excursions in Phuket.

Located deep in the province, and has a special atmosphere. There are no entertainment venues or beaches in Phuket Town. But there are cottages of the last century, built in the Portuguese style. If you don’t know what to see in Phuket in 1 day, but are keen on history and architecture, come here.

Not too long and wide of a pedestrian street that is often included in lists of “major landmarks of Thailand“. During the daytime, Bangla Road is a quiet place with massage parlors, restaurants and cafes. At night, however, the street offers all sorts of “18+” entertainment, lights go on and establishments with appropriate services open.

Check out the great views of Phuket in this beautiful video!

Where to go in Phuket for original souvenirs, clothes, shoes, seafood, meat and any other products? To this market, which opens after sunset. Music pours everywhere and vendors chat with locals and tourists. Goods are offered at affordable rates. After or in the process of shopping, you can try the national fast food prepared in front of the customer’s eyes.

The largest market in the province, where Thais shop (for this reason, the prices for any goods are markedly lower than in other “tourist” bazaars on the island). Opening hours - from 4 PM to 10 PM on Sundays.

The opening date is 2015. Guests are invited to watch the performances of seals and dolphins. You can swim with the “actors” and take great pictures. The best option of what to visit in Phuket with children. Interesting as the dolphinarium itself, and the building in which it is located - a tent with a huge round pool and a vaulted ceiling.

A stadium where competitions in Thai boxing are organized. Fights are held on Wednesday, Friday and Sunday evenings. In the ring meets athletes from Thailand and other countries of the world.

The performance with special effects and colorful lights lasts an hour and a half. During this time you will be entertained by dozens of elephants, acrobats and dancers. There is also a buffet. The rides are working.

The performances of the capital’s showpark division have been given since 2011. Before going to the brilliant historical performance, the audience can eat at the restaurant and visit the national village.

Legendary show featuring transvestites and transsexuals. The actors sing, dance perfectly, and perform incredible stunts. For more than 20 years performances are held on the grounds of Patong.

Date of opening - 2013. Visitors are invited to take original and amusing photos against the background of visually three-dimensional pictures. In the collections of the museum of illusions there are paintings of famous artists - Leonardo da Vinci, Van Gogh. Walk through the halls should take off your shoes in advance, because some of the exhibits are directly on the floor. Seeing such best attractions in Phuket is fun for the whole family.

The inhabitants of the huge aquariums, of which the main one is a giant tunnel several meters long, include anemones, rays, sharks, skates, exotic and “common” fish and sea animals. On Saturdays and Sundays, the aquarium employee feeds the sharks in front of the guests, turning the process into a real show.

The exhibits of the complex are thousands of artifacts found by the Patamakantine brothers. Many of the objects are extremely rare. For example, the collection includes a shell weighing several hundred kilograms and a pearl of 140 carats. Some fossils are hundreds of millions of years old.

The cottage sits on the ground, but rests on it not with the base, but with the roof. Instead of the usual entrance it is proposed to use the attic. Inside you can effortlessly understand the car, hang from the “ceiling”, stand on your hands on a table or bed. Photos are not only allowed, but welcome.

A colorful area of one hectare. The Botanical Garden is divided into different areas: European, Balinese, cactus and other zones. Among the main attractions of the garden itself stands out a landscaped tunnel leading to a beautiful artificial waterfall.

The park complex is located in the center of the province. Its opening took place just five years ago. The residents of the park are about a thousand different species of birds. The territory is landscaped: everywhere you can see artificial ponds, statues, figures made of wood and landscaped areas for recreation. Visitors to the park can watch a colorful show of birds.

One of the country’s symbols is the brave and courageous tiger. So it’s no surprise that Phuket is home to an entire kingdom of these dangerous animals. Entertainment is offered in a variety of ways: you can make unique photographs, you can buy souvenirs, as well as watch the process of training and feeding. The most daring guests go into the cage and pet the animals. By the way, thanks to the fact that the territory has not only adults, but also babies, not only desperate people can touch the tiger.

Attractions in Phuket: what else to visit in Phuket?

We have told you about the main attractions of Phuket briefly. In addition to them, coming to the island, you should visit such sites as:

The picturesque mountain area is home to many monkeys, completely unafraid of humans. They eat the food offered by tourists, swinging on the vines of trees, walking on the roads. Often there are several monkeys chasing a motorcycle or a car. There is an observation deck at the top, from which the entire Old Town can be seen.

One of the largest and most beautiful waterfalls on the island at a height of 15 meters. The attraction is also famous for the fact that there is a monkey sanctuary in its area. The monkeys here are orphans who, for various reasons, have been left alone in the wild. It is impossible to visit the orphanage itself, but it is possible to donate money for food and creating good living conditions for the animals.

A visit to this park is especially recommended for those who want to see with their own eyes the beauty of unspoiled Phuket nature. The complex is located in the northwest of the province and is favored by rare sea turtles (you can see their nests everywhere). On the territory of Sirinat there are, among other things, beautiful beaches with white sand. As well as amazing mango forests, which are inhabited by varanas. Nearby there is a large coral reef, considered one of the most beautiful in the whole island.

If you decide to come to Phuket for its wonderful beaches, be sure to go to Nai Harn. It is located on the coast of the south bay, and disposes to a peaceful vacation. Sunbathing and swimming in the clearest water, you will be able to observe the local tropics - they are located in close proximity to the beach line. There are cafes and bars serving Mediterranean and Thai cuisine. A visit to Nai Harn is especially recommended for those who want to go sailing. On the beach is a yacht club. By the way, here every year is held regatta royal European level. Another advantage of Nye Harn is the availability of sports fields, jogging paths and tennis courts in the fresh air. You will be able to spend time on vacation not only with pleasure, but also with health benefits.

The huge area, more than seven kilometers long, is covered with golden-colored sand. In the south of the beach line is quite well-developed tourist infrastructure: there are shopping tents, cafes and restaurants with national cuisine. To get to the south of Bang Tao is more difficult, and therefore this part is not as visited by tourists. In the center you can find natural bodies of water: the sea and the lakes are connected by small ducts.

One of the most visited and famous beaches in the province, several kilometers long. This is where Phuket’s best hotels are located. Be prepared for the fact that privacy is not possible here. The whole central part of Karon is very crowded at any time of year. But if your main goal on vacation - dating, fun and entertainment, come to Karon should be a must.

The beach line stretches along a reef of coral. Many travelers and Thais say that it is at Kata that you can find the cleanest sea. The area is a huge success with surfers, as in the summer and fall winds blow incessantly here. Recommend the beach can be both fans of active entertainment in the water, and quiet family couples with kids. Near Kata built a lot of luxury hotels, panoramic windows of the rooms which see the endless sea.

A great viewpoint with a gazebo for relaxing, which by mid-day is filled with tourists and locals. Because of its “crowded” nature, a visit is recommended in the morning or before sunset. Is it worth visiting Karon, if you can not spend time quietly here? Yes, because it is from here you can see the most beautiful sunset as the sun sets over the sea horizon.

A wonderful place to relax with a cozy square and outdoor cafe can be found within Old Phuket. The area offers incredible panoramas of the Andaman Sea and Chalong. On the way to the site you will meet monkeys who are calm and don’t mind talking to people.

Not the most famous, however, noteworthy site, from which you can see several beaches and a deserted island. There are inexpensive cafes with fast food and gazebos for relaxing.

According to many guides, the entire island is best viewed from this aptly located promontory. At Prom Thep is a small Buddhist temple with ritual figures, touching which you can make any wish, and it will certainly come true. There is also an ancient lighthouse.

We hope that you can see all the attractions of Phuket, photos with names and descriptions of which we have listed. Read also about sights of Bangkok and get inspired for your next trip to Thailand. 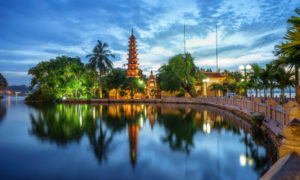 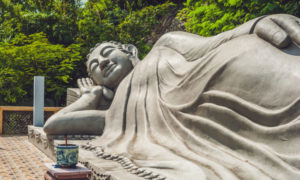 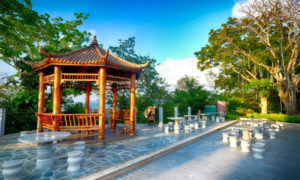 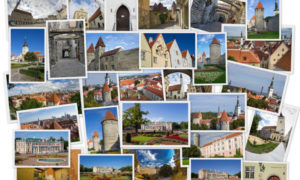