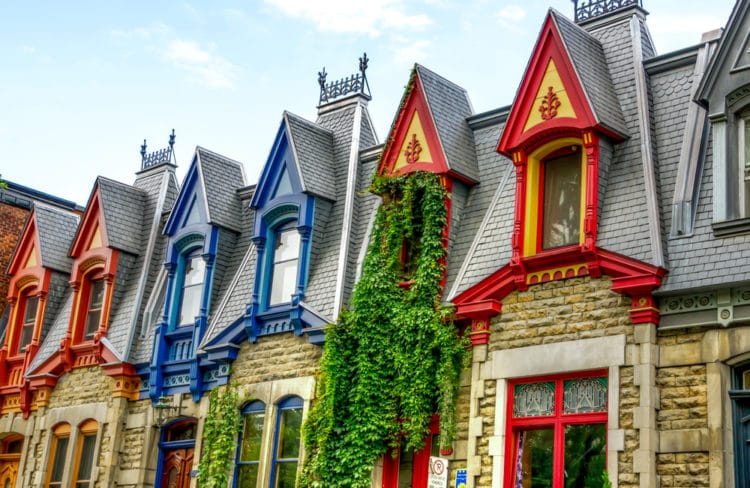 This review tells about the significant sights of Montreal that every tourist should see. We’ve ranked them based on reviews and recommendations from experienced guides and travelers. If you want to know what to see in Montreal most often, get acquainted with our article immediately.

What to see in Montreal first

If you want your trip to be truly educational, book the following excursions in Montreal:

The historic center of the city with a special flavour and incredible architectural buildings. It is here that most of Montreal’s museums are located, as well as those objects of culture and history that should be seen without fail: Jacques Cartier Square, the Cathedral of Notre Dame of Montreal, etc.

This relatively small hill with three peaks offers the best views of the city. The area is home to Montreal landmarks such as the St. Joseph’s Oratory and a 30-metre stone cross. At the end of the 19th century, a remarkable park was established on one of the peaks of Mont-Royal: skateboarding and skiing in winter, hiking and biking in summer.

In former years, this site was a key transportation hub for the city. Now, however, it is mostly known as a great place for recreation and walks. And also for its science museum and IMAX movie theater. The port is active: commercial and cruise ships come here. There is a square along the area.

The boise-ar style town hall is located in the historic part of Montreal, and serves the needs of the city council. The first building was almost entirely destroyed by a terrible fire. Only the walls are what remain of it. The new town hall, subsequently recognized as a national treasure, was erected under the direction of L. Parant.

5. The Cathedral of Our Lady of Montreal

When you come to the city of Montreal, you should definitely visit this large cathedral. The neo-Gothic building impresses with the luxury of its interiors and its bell towers, which reach a height of 70 meters. The date of construction, carried out at the behest and with Catholic money, is 1672. In the middle of the 20th century it was extensively reconstructed. At the end of the 19th century, the Cathedral of Our Lady of Montreal was the largest religious building in North America. To see such sights in Canada guides in Montreal are recommended first.

Check out Montreal's beautiful places in this great video!

A Catholic church built in the 20th century. The basilica was originally a small chapel designed for a modest number of parishioners. However, as the need arose, the building was expanded (construction work lasted more than 40 years). Brother Andre, who was the founder of the oratory, was known for his deeds. Therefore, believers from all over the state and the world have sought and still seek to enter the temple.

A Catholic church erected in the late 19th century and “copying” the appearance of St. Peter’s Cathedral in Vatican City. The Renaissance and Baroque building is surrounded by modern high-rises. Compared with its prototype in the Vatican, the complex in Montreal is much smaller. Moreover, its interiors are different. Nevertheless, if you are interested in the best attractions in Montreal, come here.

An 18th-century building, made from the remains of a chapel destroyed by fire, in the Norman Gothic architectural style. Inside is a museum whose exhibitions show the history of the city and the life of the great martyr. The interiors of the cathedral are majestic and rich.

Art objects of all kinds are everywhere in the city. And especially if you come to this famous square. There are two dozen musical swings on the grounds. Each one has its own sound (piano, guitar and other instruments). The notes go up as the person in the swing swings higher and higher. All swings need to move to the beat to create a pleasant melody. There are also many other free activities on the square. There is a multipurpose center nearby that offers visitors a variety of educational pastimes, from visiting the ballet and opera to seeing paintings by unknown artists. If you don’t know what to see in Montreal in 1 day, a visit to Arts Square will be your best bet.

A complex that includes a menagerie, an ethnopark with 5 different ecosystems, and a research center. On a huge territory, conditions of different places of our planet are successfully simulated. For example, the conditions of hot and humid tropics, whose inhabitants are caimans, capybaras and exotic birds. Once in the ocean zone, you can watch the fish in the giant aquarium and the seagulls nesting on the rocks. Among the inhabitants of the Siberian taiga are beavers, otters and bobcats. Such interesting places in Montreal are worth visiting with the whole family.

The complex is based on insect collections donated to the center by entomologist Brossard. The insectarium was opened in 1990. There are now over 250,000 species of insects, about a hundred of them alive.

What to visit in Montreal for fans of fine art? This is the oldest museum in the country and one of the most famous in North America. In earlier years, it functioned as a traveling exhibit. The basis for the creation of the museum complex were canvases from the private collection of B. Jibb. He also sponsored the foundation of the Association financially. Later his example was followed by many wealthy residents of the city.

A visited major center whose exhibits are created by our contemporaries. The collections include, for example, paintings by French expressionists. In addition to viewing the exhibits, guests can enjoy the various choreographic and theatrical productions held at the museum.

The specimens on display are fossils of various kinds and sizes, from the remains of ancient animals to fossilized flowers. At the museum complex operates a research center, whose specialists study the diversity of life.

The date of the founding of the archaeology center is 1992. It is located in the central part of Old Montreal. The Pointe-à-Calère includes research rooms, conference rooms, multimedia auditoriums and rooms with permanent and temporary exhibition-vernissages.

A prime example of what every traveler should visit in Montreal. The original St. Helena Museum began in 1990, and continues to tell the story of the resources of the St. Lawrence River. The spherical structure, with its many engineering structures, has the appearance of a huge bubble of lace metal. The trip to the biosphere will be memorable even if you only tour the structure from the outside.

All samples of this museum tell the story of modern technology and scientific discoveries. The building is located in the Old Port of Montreal. The date of opening is 2000. The main purpose of founding the center is to popularize scientific thinking and science.

The oldest planetarium in the country (started operating in 1966), and at the same time the largest scale. The complex has the capacity to host 375 guests at a time. Thanks to the powerful Zeiss projector installed here, visitors can look at galaxies, black holes, star bodies and solar systems. In addition, there are film screenings using modern multimedia systems: films about the creation of the universe, about space travel, and about meteorites are shown. The local shop offers goods on the theme of space and astronomy: souvenirs, books, etc.

Where to go in Montreal with the kids? To a unique amusement park that opened in the mid-20th century. Nowadays, the owners of La Ronde are Americans, so many rides and amusements here are appropriate: railroads, Choo Choo Train, merry-go-rounds. There are many cafes with a variety of fast food and ice cream. On summer days there are large-scale fireworks competitions.

A unique apartment complex erected in the city in the mid-20th century. In fact, it is a house consisting of cubes-apartments connected to each other in a different order. The architectural design of the building is such that each apartment has its own garden on the roof of another apartment. Even the best hotels in Montreal can’t boast such an unusual view.

Montreal sights: what else to visit in Montreal?

We’ve told you about the main attractions in Montreal briefly. However, the list of fascinating sites and noteworthy objects in the city does not come to an end here:

A complex of shopping galleries and stores, subway points, halls and passages-tunnels, restaurants and cinemas, office space and even residential apartments. The center is located underground. We should say right away that you can easily get lost here. On the other hand, it is easier to get to the desired point in Montreal without traffic jams through the “Underground City”.

A two-level commercial building from colonial times. This market can be called a shopper’s paradise. There are many jewelry shops, boutiques, cafeterias and restaurants. Before the center was developed for commercial purposes, it was used to house the offices of representatives of the administration of Montreal.

A farmer’s market whose stalls offer a variety of healthy and wholesome foods. Including all kinds of herbs, mushrooms, vegetables and fruits. The cost of products, by local standards, affordable and low. In addition to traditional products, on sale are exotic products for tourists from our country, such as zucchini flowers.

Canadian Formula One races are held at this track. Due to the presence of a long straight for acceleration, the circuit is a speedway. Racing cars can reach speeds of up to 315 km per hour here. On normal days when there is no competition, the circuit becomes part of the city streets.

When you arrive in the largest city in the province of Quebec, take a stroll along Montreal’s main artery. The boulevard is home to a large number of cafes and stores, shopping and entertainment venues. The colorful street has a special atmosphere of fun and excitement.

The grounds contain trees, shrubs and flowers from various parts of Canada and around the world. The complex is divided into separate areas with their own themes depending on the flora. There are peaks of the Alps, Japan, China, etc. Ten years ago the site, popular with visitors and residents, was recognized as a valuable natural monument of the state.

We told about the main attractions of Montreal: photos with names and descriptions of these places will allow you to make an excellent tour route on your own. 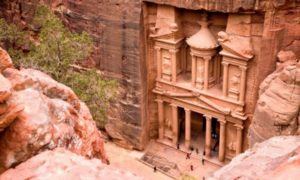 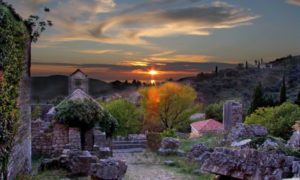 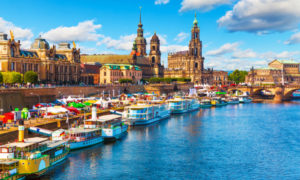 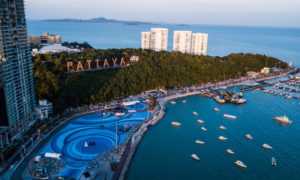