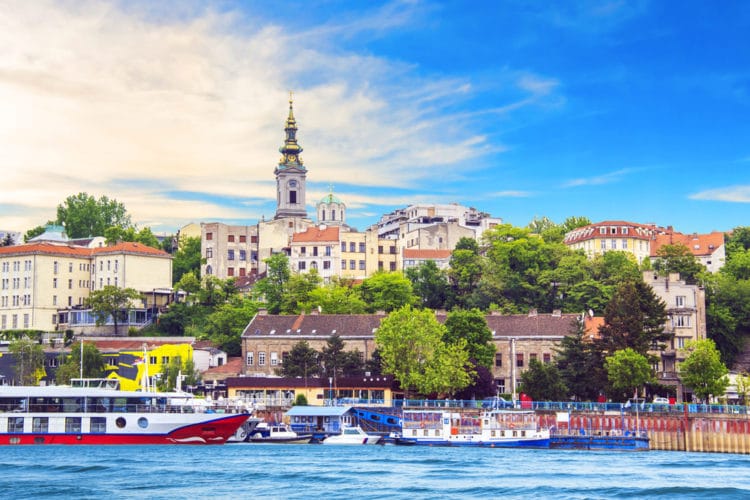 Throughout its history, this city has been bombed 40 times. It is not surprising, therefore, that many landmarks in Belgrade bear the echoes of the destructive peripeteia. Nestled at the crossroads of the Danube and the Sava, it does not scare away visitors with its bomb marks, but rather attracts visitors with its avenues and parks, massive temples and skyscrapers streaming upward, ancient walls and majestic palaces.

The hospitality of the locals, who will always tell you what to see in Belgrade, makes it a welcoming and hospitable city.

What to see first in Belgrade

It doesn’t take long to figure out where to go in Belgrade. Everywhere your eyes stop on interesting places and objects.

Place-founder of the city, divided into two parts. The Upper and Lower square is entirely filled with monuments. All-knowing guides in Belgrade will show you the ruins of a Byzantine castle, remnants of settlements, churches, and artillery grounds as a reminder of the original function of the fortress.

Being a cultural-historical complex, the park is located near the fortress. A tourist train runs through the territory, allowing you to see the best sights of Belgrade without getting tired and losing time: the zoo, the military museum, the play park, the pavilion of arts, sports grounds.

If you list the main attractions of Belgrade in brief, it is impossible to ignore this street. It is the main pedestrian street of the city where exploring the city begins. It is here that the local ambience is revealed in its full force. Walking on it, unwittingly admire the slender architectural ensemble, consisting of buildings built in 70th years of XIX century. The slender male figure on a horse made of bronze - a monument to Prince Mikhail attracts the eye.

This place can safely be referred to sights of Serbia, so colorful.Once inhabited by gypsy artisans, today it is called the bohemian quarter. Everywhere you’re invited to sample the cuisine of the restaurants and cafes, without being obtrusive or uncultured. Music, picture-painted walls of houses and characteristic cobblestone streets create an atmosphere of relaxation and pleasure.

5. The building of the Serbian Parliament

In tourist recommendations, this place, called the National Assembly, deserves attention for its austere architecture.The building with noble outlines, laid at the beginning of the last century, is located in the center of the city and despite its relatively modest (by architectural standards) age, it seems an ancient structure.Interesting compositions on the sides of the entrance: a man holding a horse. The installation symbolizes the conquest of nature by man.

See the beautiful places of Belgrade in this wonderful video!

The 250-meter-high structure on Mt Avala is also worth the attention of tourists. There is a restaurant, two elevators and TV antennas above the observation deck at a height of 122 meters. One of the places completely destroyed by the 1999 bombing.Reconstructed and opened to the public in 2010.

The territory of the small but cozy zoo is dotted with hills, creating the impression of a level landscape. Definitely worth a visit if you don’t know what to see in Belgrade in one day. There are peacocks on the grounds, and the aviaries and pens are arranged to make it easy for visitors to take photos and videos. There is a cafe and a contact zoo for children.

According to reviews from visitors to the city, the museum of the man of international renown could have been more impressive. The small area (only 3 rooms) and insufficient number of exhibits are noted. It is recommended to take tours that include practical experiments. Special attention should be paid to the overview of personal belongings of the scientist and the golden urn with his ashes. Note that tickets here are sold for cash only.

Many tours in Belgrade include this museum in their tourist program. The most famous and interesting object is a fragment of a stealth plane shot down by the Serbs during the war in 1999. Military fighters, airplanes in all their evolution and examples of peaceful modern equipment are presented here. The advantage of the museum is that most of the exhibits are located outside, making it possible to view them for free.

The museum is located in the building of a former bank and exhibits a huge collection of art and archaeological exhibits.The location on the Republic Square and the tourist rating attracts a lot of visitors.The museum houses works by Renoir, Degas, Matisse, Rembrandt, Modigliani, Picasso and other famous painters. There is free admission to educational programs.

Looking at Belgrade sights photos with names and descriptions, it is difficult to ignore the largest temple in the Balkans. The simple architecture of the temple reminds us of the famous Byzantine buildings. It has a gigantic size and cozy, homely atmosphere. The facade of the temple is decorated with white marble, and the interior walls are decorated with bright mosaics. The inner vault of the dome is painted with a fresco of amazing beauty and size. Outside the dome crowned 18 crosses, and from the bell tower carries the ringing of 49 bells. The church building can accommodate about 10,000 worshippers at a time.

Walking around downtown Belgrade on a trip, suddenly you come across this ancient church surrounded by buildings of modern architecture. Made of red brick, the church is strikingly large, yet the interior decoration is quite modest. Unlike other churches, candles are placed in special iron boxes on the porch. The capacity of the temple is 2000 people. The entrance is decorated with mosaics and the main altar and iconostasis are made of marble. A large collection of icons is displayed in the cathedral, and the remains of some national figures are buried here. The church has a Sunday school and a children’s and an adult choir.

When planning what to see in Belgrade, be sure to put the city’s oldest church on your list. The church is illuminated by a handmade chandelier made of cartridges, shells, sabers and gun parts. The church iconostasis, decorated with the finest gilded carvings, is also very interesting. In front of the entrance are models of a knight and a soldier. Once there was an armory, which is reflected in the unusual equipment of the temple.

Located in the Kalemegdan Fortress, the museum will be of interest to connoisseurs of 19th- and 20th-century weapons. The exhibition presents military artifacts, equipment and clothing from ancient times to modern history. All caliber artillery equipment is placed outdoors, and there are two floors devoted to the museum itself. It is undoubtedly a sight worth visiting in Belgrade. Some of the rooms are equipped with interactive tablets that complement the exhibits and tell the stories of the events presented.

This original architectural structure holds Serbian cultural traditions sacred. Located in the center of the city, it is striking in size. Brighten up your trip with a cultural experience! Excellent acoustics, a professional cast, and top-notch acting ensure an unearthly pleasure of performances, most of them classical.

Make a list in advance of what to visit in Belgrade in the time allotted to you. The greatest surprise here is the contrasts. Run-down blocks of flats are succeeded by modern architecture made of glass and concrete, and quiet, comfortable neighborhoods mix with noisy establishments where fun and joy reign supreme.

16. The Palace of Princess Lubica

This residence was once home to the wife of former Prince Milos Obrenovic. The reconstructed interiors of former eras give an idea of how the members of the princely family lived. Rooms of enormous size, gilded beds, sofa rooms in Turkish style will fully meet your expectations. Perhaps even the most luxurious hotels in Belgrade are inferior to the palace in terms of splendor. It is worth ordering in advance an audience or a show with an artist who will stage a real tea party ceremony.

Include a piece of the country’s socialist past in your trip.The building itself is devoid of pathos and looks modest inside and out.Of interest are the glass pavilions in which Marshal Tito’s personal effects are displayed and the thousands of relay batons that the leader passed during the Spartakiades.The entrance here resembles a theater with huge mirrors, heavy velvet drapes and pillars. Around the tombstones there is a flowering garden. Visiting the mausoleum is free, but it’s never crowded.

From the observation deck, which can be climbed for a fee, there is a beautiful view, although the tower itself is not very tall. The authentic site in the Zemun area is a kind of symbol of Belgrade. Many of the inscriptions on the walls date back to the beginning of the last century. It is worth coming here for the view of the surroundings from the top.

A peninsula on the outskirts of the city, turned into a vacation spot. In summer there are always many people here, swimming, sunbathing, doing sports. The bridge over the Ada, which crosses the river, is impressive in its graceful construction, illuminated at night. Tourist reviews recommend a full day’s visit here. At the end of the bathing season, an ice skating rink and ski slopes begin operating here.

The river banks of Belgrade, with its 16 islands, stretch for 200 km. The city itself is formally located at their confluence, but it is not entirely down to their banks.The Danube (2,850 km long) and the Sava (945 km) attract a huge number of tourists. The most beautiful view of the rivers is from the Kalemegdan fortress.

The visa-free entry into Serbia makes vacationing cheaper and easier.Feel the mood woven of contrasting notes of bitter memory of the city’s past and undying optimism. Relax in an environment of goodwill and famous Serbian hospitality! 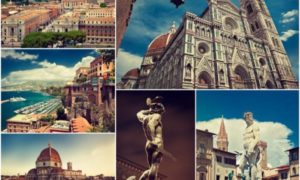 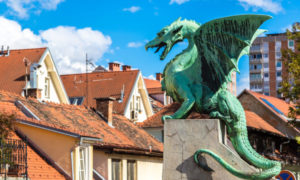 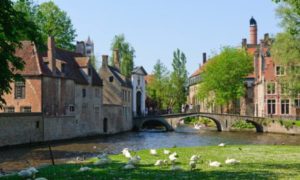