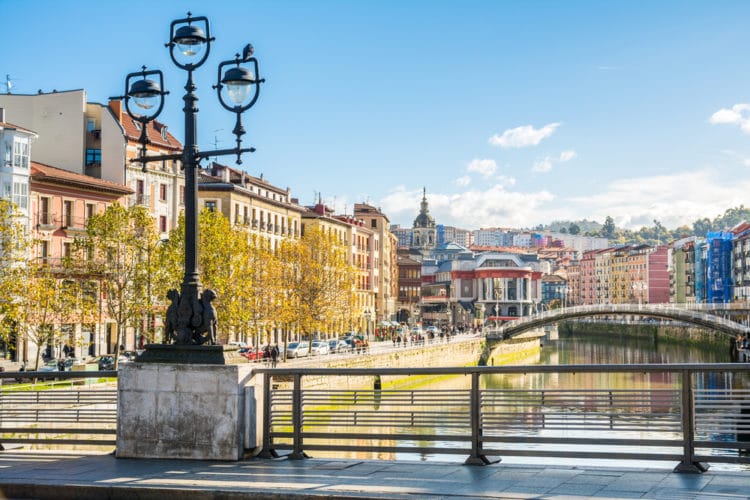 Once an unremarkable city with a gray exterior, it is now a land of futuristic skyscrapers and landmarks. Many of Bilbao’s sights are known around the world, but even aimless walks through the streets of the unofficial capital of the Basque Country are fun. We advise what to see in Bilbao during your trip. Industrial complexes, plenty of entertainment centers, and a magnificent promenade offer excellent opportunities for shopping and strolling.

What to see in Bilbao first

In spite of the marked architectural development of the city, the traditions of the people are still well respected, and places of historical interest are harmoniously interspersed with modern infrastructure.

The sight of this site takes your breath away. All guides in Bilbaorecommend seeing it first. It’s hard to know what symbolizes the futuristic style of the 50 m high building - a flower or an airliner. The walls are titanium plates in the shape of fish scales, glittering in the sun. Inside - stone installations, running video strings, if you’re lucky - exhibitions of paintings by famous artists, arranged there from time to time. In front of the museum there is a metal sculpture of a spider called “Maman” and a 13-meter high terrier assembled from flowers. All in all, the rating of this place is deservedly high.

Don’t know what to see in Bilbao in 1 day if you’re short on time? This square is interesting because it looks like a big courtyard surrounded by majestic buildings. Palm trees around the perimeter, a statue of King Ferdinand III, and a flea market on Sundays. It’s a sunny place with cafes and shops where you can sit away from the hustle and bustle. On holidays there are mass festivities.

If you list the main attractions in Bilbao briefly, this bridge is sure to be among them. The transporter bridge, which began operating in the late 19th century, is capable of moving a suspended gondola with people and cars around the clock. Panoramic elevator takes passengers to the top, from where you can walk to the other side, unless, of course, you are afraid of heights. Both the idea of creating such a bridge and its realization are amazing.

In the Basque language its name means “White Bridge,” also one of Bilbao’s best landmarks. The base of the 75-meter bridge is constructed of a large number of strings, by this nuance you can easily guess the author of the project. Santiago Calatrava’s imagination has created several similar “string” bridges, each one original. The concept of an arched suspension structure creates a feeling of airiness, and the bridge itself is paved with tiles of glass, which, as the reviews show, is extremely impractical, but very beautiful. In the dark, glass fragments glow, emphasizing the contrast of the white bridge with the black water.

The church is located on a hill from where you can view the city. In the temple there is an icon of the Virgin of Begonia, patroness of sailors. Its history is interesting and complicated. The church has undergone a series of reconstructions and seizures, for a time even served as a fortress to the army of Christinos. Not every tourist will find his way here, unless you have time left after seeing the main sights.

Feel the atmosphere of Bilbao in this beautiful video!

Spanish sailors have always been under the patronage of saints. St. Nicholas is one of them, and before sailing sailors stopped here to pray to their patron saint. If you’re going on a trip to Bilbao, plan a visit here. The Baroque style peeks through the facade with its clock and towers, size and exterior decoration. The interior is just as spectacular with lots of gilding. The temple is on the bank of the river, so after the tour you can walk along the bank and walk over the bridge nearby.

Advice on where to go in Bilbao for lovers of ancient churches. The cathedral is a representative of the classical Gothic style, decorated with lancet arches and high pointed spires. In the interior, a dozen and a half chapels, statues of saints dating back to the Middle Ages and other historical relics deserve special attention. Fruit trees grow in the courtyard of the cathedral.

Opened at the beginning of the last century, this funicular takes tourists up Mount Artxanda in 3 minutes. The top of the mountain is equipped with a hotel complex, restaurants, a recreation park, and a sports field. Well, what is a trip without colorful pictures? A wonderful view opens up from here - a great excuse for a memorable photo shoot.

Travelers are fascinated by both the architecture of the theater and its location on the waterfront. It is so well integrated into the landscape of the city that it is visible from all sides. The luxurious interior decoration is in no way inferior to the beauty of the facade, right at the entrance is struck by the beauty of the wide imperial staircase. If you can make it, try to catch one of the performances.

A vacation in the mind of many is not just about visiting the sights. If you are wondering what to visit in Bilbao in order to have fun, this entertainment complex is perfect for it. Inside there are concert venues, a discotheque, nightclubs, restaurants, a library, and the center of the courtyard is illuminated by an artificial sun! Lovers of original leisure - on the top floor, in the pool with a transparent bottom.

With the aim of preserving the Basque culture, at the beginning of the last century the city authorities created this museum. The first exhibitions consisted of gifts from townspeople who willingly parted with old clothes of historical value, artifacts, books, crockery, etc. Today there are more than a thousand exhibits collected here. The museum will be of interest to all those who are interested in the culture of the Basques and the region as a whole.

This is a traditional museum with a good collection of fine art. Works by El Greco, Goya, Tapies, Bermejo and others are kept here. The differentiation of the rooms by time period is convenient. Reviews mention inexpensive tickets, a nice cafe on the 1st floor, the neighborhood of the river and the park, where you can take a walk after seeing the exhibitions.

This museum attracts visitors with the unconventional architecture of the building and the original design of the exhibits, some of which are located in the open air. Not sure what to see in Bilbao? Come join us! Inside, on the third floor is a collection of schooners, boats, barges, and ships from ancient times. Other exhibits include explorers’ quarters and instruments. Some exhibits tell about the hard work of fishermen and their everyday life. If you wait until noon, you can see how a diver descends into the large aquarium to feed its inhabitants.

The building, built in the shape of an enormous ship, houses the city’s symphony orchestra. In addition to the traditional concert stage and rows, there are shopping and recreational opportunities in the form of restaurants (one of them awarded a Michelin star) and a gallery with stores.

The building, also a landmark of Bilbao, was built at the junction of the 19th and 20th centuries in an original eclectic style. The architectural project was only approved as a result of two competitions. It is recognizable, monumental and richly decorated. In front of the main entrance there are original lanterns cast in cast iron, in the form of eagles with lamps in their beaks. The building was restored at the beginning of this century.

Bilbao sights: what else to visit in Bilbao?

Looking at the sights of Bilbao photos with names and descriptions before the trip, involuntarily analyze the contrast between ultra-modern architecture and the dignified restraint of ancient buildings. But it fascinates, captivating the desire to see it for yourself.

A quite classical building, topped with a steeple, sits on the riverside. It is designed in a classical manner, unencumbered by excessive decorative elements, with clear lines and strict proportions. Not to say that it is insanely beautiful, but still it catches the eye even from the other side. It is always crowded in front of the building, sometimes you can witness rallies and demonstrations taking place in front of City Hall.

Near the station are the best hotels in Bilbao with quality European service. The area in which it is located began to be built at the beginning of the XIX century. Station building was erected in the first years of the last century, the conceptual style of the author of the project chose Art Nouveau. Despite the modest decoration with architectural elements, the building is quite interesting and attracts attention.

One of the largest in Europe, this market can be considered a landmark of Spain. The building, shaped like a liner with three decks, houses a huge number of fish, vegetable and seafood stores and restaurants. On the top floor is a farm department.

A strong recommendation to soccer fans to take a look at this imposing structure. Built a few years ago, the stadium can accommodate up to 40,000 fans. As of today the construction works are still in progress. Tourist reviews note its comfort and convenient location.

After a busy excursions in Bilbaoa walk in this park will relieve fatigue. The garden, created in the English style, the pond with swans and ducks, the peacocks, walking around the territory. Here you can also check out the Museum of Fine Arts. Visitors enjoy the view of the singing fountain and the variety shows that take place in the evenings.

This city lacks the traditional Spanish fervor of the conquistadors, graceful girls and, in general, the indigenous population of Spain. The charm of Bilbao - in the antiquity of traditions, mystique people, the identity of its life. Basque Country is a special land, it is able to amaze you! Read also about sights of Granada and be inspired for your next trip to Spain. 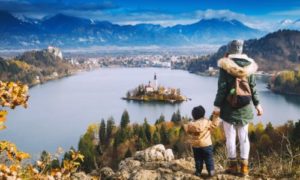 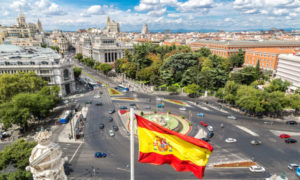