There are many examples of things to see in Dortmund that every tourist should see. Read our review, it lists the most fascinating and interesting sights in Dortmund.

What to see in Dortmund first?

In compiling our rating, we took into account the reviews of experienced guides and recommendations of experienced travelers. In our general opinion, such excursions in Dortmund are worth your attention, as:

When listing the sights in Dortmund, any local will start with this vast 12th-century pedestrian square. Nowadays, it is also, as before, an active marketplace. There are various restaurants and cafes, galleries, boutiques and supermarkets. We recommend you to make a trip here and to see the local town hall with the figure of an eagle on the facade, as well as the ancient fountain.

As well as some other interesting places in Dortmund, the town hall is located on Peace Square. It is a true architectural masterpiece in the neo-Renaissance style. The facade of the building from 1899 is richly decorated with the coats of arms of the Hanseatic regions. During the Second World War the building was almost destroyed, but was later reconstructed.

Date of restoration of the historical object - 1992. The height of the tower reaches 30 meters (6 floors). Inside there is a museum with ancient armor and weapons of the 13th-14th centuries, a model of the defensive walls and the city in the era of the Great Dortmund dispute.

A majestic sanctuary whose foundations were laid in the 13th century. Construction work continued until the 18th century, so the appearance of the church has a variety of elements, including Gothic and Romanesque styles. Throughout its long history, the church has been destroyed several times and then reconstructed. About 60 years ago it was given a new organ. It should be noted that previously the church belonged to Catholics, but today it is the property of Evangelicals. If you do not know what to visit in Dortmund, but are passionate about monuments of history, religion and architecture, come here.

The only Catholic church you’ll find in the center of the city. Its construction was begun by the monks of the Dominican order in 1354. Your trip to this landmark should be accompanied by a guide: the history of the monument is really fascinating - it is associated with numerous destructions and reconstructions.

An ancient 14th-century church, also furnished for many centuries. Thus, it received its colorful spire only in the 18th century. The main value of the temple is the unique altar depicting sacred scenes from the Gospels. The object is deservedly included in all lists of “the best sights of Dortmund”.

Dortmund’s 20th-century TV and radio tower, towering more than 210 meters. There is a restaurant and an observation platform for guests. In the past it was possible to bungee jump, but after an accident that resulted in the death of a man by a broken wire, it is no longer allowed. But to visit the observation deck of the famous German tower is recommended by all guides in Dortmund.

Where to go in Dortmund with the whole family? To the city zoo, whose inhabitants are all kinds of birds and animals. It should be noted that for feathered animals such as owls, pheasants, peacocks and parrots, a separate area is set aside. Many of the animals and birds are allowed to feed with park staff.

The main shopping street of the city. Just like many sights in Germany, it is close to the train station. After you arrive in Dortmund by train, you have to walk two or three hundred meters and you will see numerous travel agencies, restaurants, souvenir stores and shopping malls. A wonderful place for relaxation, entertainment and shopping.

The rhinoceros with wings is the symbol of the city. It’s an animal with a perfect ear for music and was therefore chosen to decorate the square beside the Philharmonic. Now you can find rhinoceros sculptures with different designs, but identical shapes, both in the center and in inconspicuous alleys of Dortmund.

What to see in Dortmund in 1 day for a gambler? Pay a visit to this huge three-level entertainment complex, where you can play traditional card games and roulette of all types, as well as slots (more than three hundred machines). Each year the gambling complex takes more than one million guests. The best hotels in Dortmund are located nearby.

It is in Dortmund that the largest volume of beer in the whole country is made. So it’s no wonder that the city has a beer museum. Visitors can look at old beer bottles and clay mugs, rare steamers and machines, and, of course, taste and buy the products they like.

The center, opened in 2010, is located in a brewery built in 1926. The collections contain over 2,500 different specimens: 20th century photos, art objects, canvases and sculptural compositions.

The project to build the complex was created by leading European specialists. That’s why it’s not just the museum complex itself that’s interesting, but also the building. An interactive exhibit shows the incredible emotions of the players and fans of the number 1 game during the matches. Modern technology allows guests of the institution to experience these emotions and for a while become participants of this or that soccer competition.

The city has a long “industrial” history, but at the same time it has many cultural monuments. The main center of culture and creativity is the large-scale “Dortmund U-Tower”. Formerly a factory, it is now an exhibition space for Dortmund and regional photographers and filmmakers and artists. In addition, there is the East Wall Museum, samples of which are graphics and statues, paintings of masters of the 20th century.

The founding date of the first Dortmund Opera House was 1904. The building was later demolished. The new theater with its futuristic “appearance” is a joint work of E. Tritthart and H. Rosscotten. You can take a tour of the building itself, or buy a ticket for one of the wonderful opera productions, which often features world-class stars.

An old castle on the lake, first mention of which dates back to the 12th century. It is now home to a museum with exhibits on the history of the Borussians. Guests are offered a tour of the bakery and the shoemaker’s shop, the living rooms and the dining room, all of which have been fully restored to their original appearance. Moreover, there is a museum of culture and arts with rich collections of medieval paintings, gold coins, and ancient furnishings in the Delvig’s house. If you dream of being transported to the age of knights, you will not find a better place to visit.

The 14th-century building is now owned by a German duke. The house is decorated in Baroque architectural style. One wing of the medieval castle is a four-star hotel, the other wing is a museum complex. Everywhere you can see unusual interiors, antique furniture and household items from previous centuries. The surrounding territory is no less interesting - a giant reserve park, where deer and pheasants stroll peacefully.

An authentic knightly manor house, towering on the shore of the lake. Note: the property is family owned. That is why you cannot see the park and the castle itself. But you should see the building at least from afar. Especially, the structure has such an impressive size that it is easy to see. 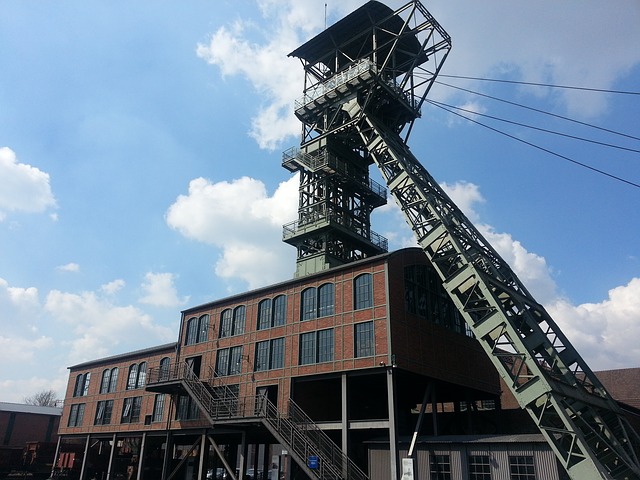 Original industrial monument, built in the 20th century. Internationally significant. The Gothic castle is decorated with Byzantine domes. Every year the famous DASA exhibition is organized there, which attracts guests from different parts of the world. For fifty years coal was mined in the working mine. Nowadays it is not used for its intended purpose. Visitors are invited to visit the machine hall, the mining museum and the mine with the railroad itself. You will learn about how the miners lived and worked, you can watch how the minerals are extracted.

Dortmund sights: What else is there to see in Dortmund?

If you have already seen all those Dortmund sights, photos with names and descriptions of which we have now given, make a visit to such city sites as:

A monument to the industry of the 20th century. The plant is currently not in operation and is one of the landmarks of the city. Visitors can watch the coking of coal and how it is processed and various valuable substances are obtained from it. Cultural themed festivals are often organized in the area. A popular Nature and Technology tour runs through Hansa.

In the 19th century, wealthy city residents decided to develop a public park, purchasing the southern areas of Dortmund for this purpose. At their expense, recreation areas were arranged and trees were planted. In the 20th century, the park complex was expanded by erecting a restaurant on the lake shore and constructing several dance areas and pavilions. During the WWII the object was almost completely destroyed. Money for its restoration was found in the 50s. Thereafter, this grove was the site of an intercultural garden show every year. In honor of such a grand event, the grounds were also greatly enlarged with new flower beds, getting rid of a dump of overgrown trees. Today’s Westfalenpark is one of the favorite places for outdoor strolls for visitors and residents alike.

Recognized by FIFA as one of the most well-appointed soccer centers in the world. Germany’s largest stadium is used by Borussia Dortmund for training and home games. The total number of spectators who can be accommodated here at the same time, more than 80,000 people. It should be noted that during the competition the stands of the Signal Iduna Park never remain empty.

The area of this urban botanical garden, established in the early 19th century, is 65 hectares, making it the largest in the world. The complex was arranged in the 19th century thanks to the Romberg family. In the local greenhouses you can see about 4500 specimens of flora: there are lemons and jasmines, exotic camellias and medicinal shrubs, ferns, palms and cacti. The territory of the garden is allotted for 4 greenhouses, a thousand square meters each. In a large arboretum there are woody plants. Walking through the flowering area, which even has a lake and palm terraces, you can feed numerous birds.

The artificial water body appeared on the site of the former Phoenix East steelworks. In the process of implementation of the city’s project of reclamation of the abandoned industrial zone, a luxury residential complex with developed infrastructure, a marina and a floating stage were built around the lake. Now Lake Phoenix See - the most popular recreation area for citizens and guests of Dortmund.

We have told you about the main attractions of Dortmund briefly, and we hope that they aroused your interest. When you arrive in the hospitable city, be sure to make time to visit them. Read also about sights of Dresden and be inspired for your further trip to Germany. 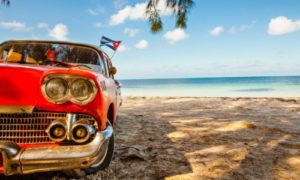 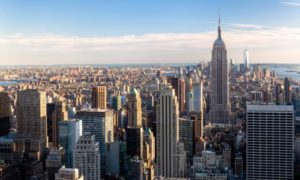