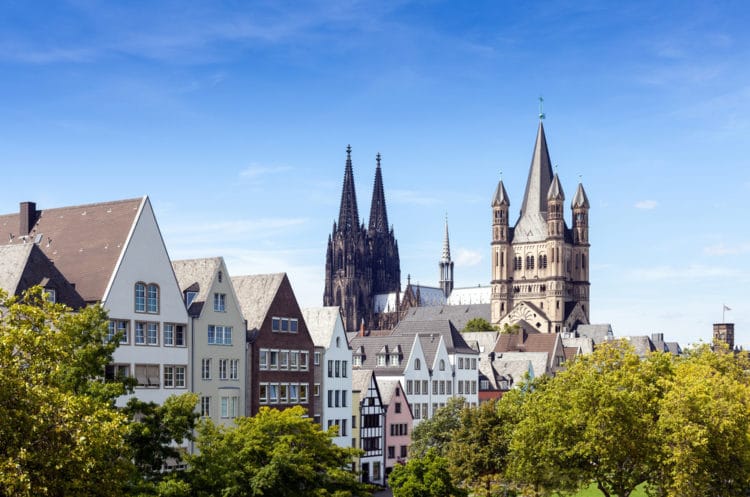 If you want to know about the most important and popular attractions in Cologne, take a closer look at our review. We will tell you what every tourist must see in Cologne.

What to see in Cologne first

In compiling our “Cologne’s Points of Interest” ranking, we took into account reviews and recommendations from experienced travelers and residents. In our general opinion, your trip should include sightseeing such as:

Inside the majestic temple are the Gero Cross (Europe’s largest crucifix), a sculpture of the Madonna of Milan, and a golden casket containing the relics of the three Magi. The city cathedral is one of the tallest temples in the world. We recommend you to make a trip to it also for the reason that the entrance to this attraction is absolutely free.

A building from 1330 (beginning of construction) belonging to the city authorities. During its centuries-long history, the architectural masterpiece has been destroyed and restored several times, changing its appearance. At the end of the 20th century the town hall received 124 new sculptures depicting kings, popes, emperors, famous citizens and other great personalities of Cologne.

A prime example of what a visit to Cologne would be interesting for anyone of any age. The building of the museum complex, more than 2 thousand squares, is made in the form of a ship. Here are the best samples of chocolate of all kinds - from ancient times to the present. Guests are offered to observe how a popular sweet is made on modern automated machines. Of great interest is the 200-kilogram liquid chocolate fountain, several meters high. Among the exhibits are photos that tell the history of the treat.

For several centuries this legendary factory has been producing perfume exported to 60 countries around the world. The products are made according to a secret recipe. At the factory there is a boutique where you can find all modern fragrances 4711 as well as shower soaps, cosmetics, etc. In addition, there is a museum in the building with themed samples that tell how the brand came to be and went to success.

In 1708 the perfumer I. Farina opened his own cologne factory in this house. Among his admirers were such celebrities as Mozart, Polish and Prussian kings. The museum exhibits are photos, documentation and pictures of the technological processes of perfumery production. Also present in the collections are distillation apparatuses, once perfected by Farin. It is worth seeing such sights in Germany with an experienced attendant - you will learn a lot of new and interesting about their history of appearance.

Check out the beautiful places of Cologne in this great video!

One of the first botanical gardens in Europe, created back in 1864. It is located in the northern zone of the park of the same name. If you do not know what to see in Cologne, but want to take a walk in the fresh air surrounded by picturesque nature, come here. The area is landscaped entirely: there are cafes, artificial ponds and indoor greenhouses, fountains and recreation areas, sculptures and statues. All this neighbors with Mediterranean trees and mountain herbs, unusual plants and shrubs.

The opening of the amusement park took place over 50 years ago. The complex is an analogue of “Disneyland” in Paris. The huge area is divided into zones with different themes - the Celestial Empire, Ancient Greece, the Mexican Prairies, etc.

What to see in Cologne in 1 day with the whole family? A huge park with animals and birds. The “natives” are numerous and quite different in appearance: baboons, camels, dolphins, etc. A special “jungle” area is set aside for the monkeys. In the green area you can see many rare plants and trees, as well as a collection of stuffed animals of ancient animals.

The number of inhabitants of the luxurious oceanarium is currently about 2,000 species. Few tours in Cologne make such a lasting impression on guests as a visit to this huge underwater world, shaped like a tunnel with panoramic panes. At certain hours of the day, visitors can feed the sea animals and fish. The pool with tactile walls deserves special attention.

If you want to see the best sights of Cologne at once, buy a ticket for the “cable car”. You can see the city’s cathedral and the Rhine, as well as amazing panoramas of the entire city. Date of construction of the cable car - 1957. According to local residents, this type of “transport” is the safest and most environmentally friendly.

Where to go in Cologne for history buffs? To the museum complex, samples of which are the remains of ancient mosaics, sculpture groups and ancient villas, products of ancient inhabitants, dating back to the 1-4 centuries AD.

At the beginning of the 20th century, A. Schnutgen donated to the city numerous masterpieces of art created by medieval masters. These masterpieces formed the basis of the current museum exhibition. Presented exhibits include jewelry and tableware, sculpture groups, clothes of clergymen and tapestries. The main theme of the collection is religion.

The opening date is the beginning of the 19th century. Guests of the complex can look at miniatures, canvases and sketches, sculptures, paintings and graphics of Rubens, Rembrandt and other famous artists of France and Holland. In total in the collections of the museum count about 75 thousand specimens.

At the end of the 20th century, the Peter Ludwig family presented the city with a magnificent collection of works of art. Over the years, the collection has been continually expanded and an entire building was built to house it. If you’re into art, Cologne’s attractions should be at the top of your tour list. You can see the works of D. Jones, S. Dali, E. Warhol, P. Picasso, etc. In addition, the 8,000-square-foot exhibition center is home to a large-scale exhibition of historic cameras and photographs, the Philharmonic Hall and the library.

An architectural masterpiece in the Rococo style. The castle began to be built in the 18th century on the orders of Archbishop C. Augustine. Today the Augustusburg complex is represented by the building itself as well as a unique landscape area with sculpture groups and magnificent examples of painting. The facade of the building is decorated with bas-reliefs. The interiors are decorated with frescoes, a gorgeous grand staircase, and an original flat domed ceiling. Visitors can explore the personal bishop’s chambers, the bathroom, the dining room and balconies, and the ceremonial halls. As well as strolling through the park-garden, enjoying views of groves and lakes, fountains and exotic vegetation. The Baroque ensemble (as well as the palace itself) is listed by UNESCO.

Medieval palace arranged on the water. Currently its owner is a private person, so it is not possible to view the interiors of the White House. In earlier centuries the castle was used as a residence for the Benedictines and as a defensive building. Its brick tower has been preserved intact since the 17th century. All other structures in the complex date from the 19th century.

The facade of the Gurzenich building is in the Gothic style. The date of construction is 1441-52. Hitler organized his propaganda meetings in the hall during the period of fascism. World War II practically destroyed the complex with its luxurious interiors (only the solid walls are preserved). Later the building was reconstructed, and once again it was turned into a concert and exhibition center. Now exhibitions of works of art, symphonic concerts and performances of famous artists of the world are held here.

In listing the main attractions in Cologne briefly, it would be wrong not to mention this 10th-century church. The first owners of the church were Benedictines. Now the majestic building belongs to the Catholic community of the city, and attracts attention with its extraordinary stained glass windows and vaults. The main value of the temple is a fragment of an ancient column. Locals and guides in Cologne assure us that it has the power to prevent people with ungodly thoughts from entering the church and even to ruin them.

A Romanesque building erected in 866. The 3-nave basilica with high towers houses relics of great saints, including St. Nicholas the Wonderworker. On the territory of the church they arrange veneration of the great martyrs, organize spiritual classes and talks with clergymen, all sorts of fairs.

A Romanesque church built on the grounds of a 10th-century church. The basilica is truly ancient, as it was used by the Christian ecclesiastical community for its own needs as early as the 11th century. It has been destroyed and rebuilt many times over its thousand-year history. Now the site is the property of the Catholics of the city.

Cologne sights: what else is there to see in Cologne?

We have told you about the main attractions of Cologne (photos with names and descriptions you can keep). In addition to them, your attention should be attracted by such objects as:

A majestic and massive gate on the west side of Cologne. They were erected for the ceremonial welcome of the city’s most revered guests and for defensive purposes.

Part of the wall built in the Middle Ages (13th century). The purposes of the creation are similar to those mentioned above: defense of the city and ceremonial greeting of guests. At the end of the 19th century, a museum complex was set up in the gate, later a center for all sorts of private events.

An ancient defensive structure protecting the approaches to the city. Since the 14th century the fort was owned by the Carthusian temple, it was walled up and closed down. Some time later the imposing tower of Ulrepfort was converted into a windmill.

Part of Cologne’s fortification system. According to scholars, the date of creation of the object is the 13th century. At the beginning of the 19th century Napoleon entered through the Eigelstein Gate. A little later the site was given to a representative office of the history museum, after which its purpose changed many more times.

Two stories high building in the form of an octagon. It was built in 1220. The site is a valuable historical monument. In the 19th century it was completely reconstructed, using the design documents of previous years.

The legendary structure that connects the banks of the Rhine. The start date of construction, which lasted for four years, is 1907. During a day, approximately 1.2 trains pass over the steel railroad bridge. There are several pedestrian and bicycle paths as part of the structure, allowing for personal inspection.

If you’ve already booked hotels in Cologne, and are now putting together a sightseeing itinerary, be sure to include the attractions we recommend. See also Munich sights and get inspired for your future journey to Germany. 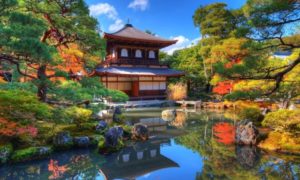 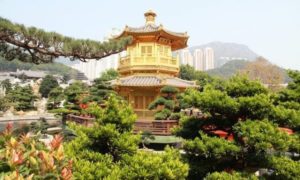 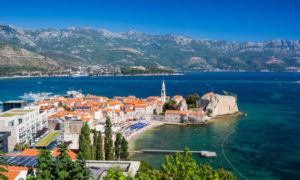