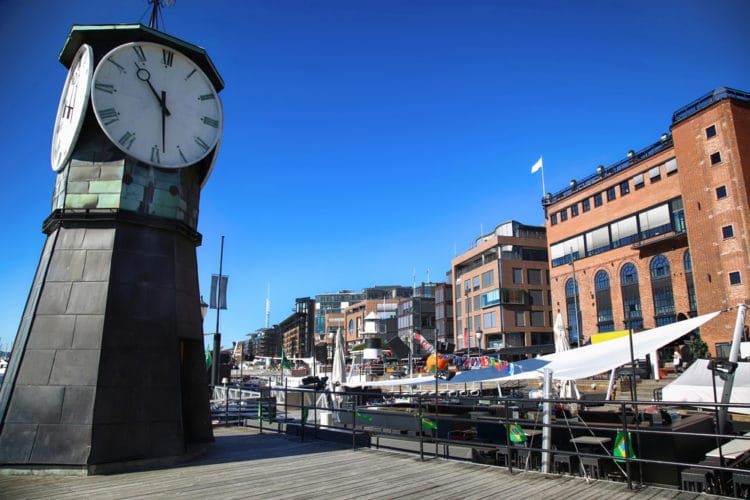 Our review was created for those who do not know what to see in Oslo, but have already decided to make a trip to this hospitable Norwegian city. We have compiled our rating of “Oslo’s main attractions”, based on the recommendations of experienced guides and reviews of experienced tourists

What to see in Oslo first

List all the interesting places in Oslo is simply impossible. Therefore we will tell you only about those sights and excursions in Oslo, which are most popular among travelers, and without which your trip will be incomplete:

The beautiful castle, which every tourist should see with their own eyes, is hidden behind the massive fortress walls. The building was built in the early Renaissance style and serves as a place for the Norwegian Museum of the Great Patriotic War (exhibits - partisan maps and drawings, newspapers, leaflets and photos). The interior rooms contain numerous artifacts. Be sure to visit the local chapel, walk along the walls, enjoying the views of the city. Every day in the afternoon, a guard of honor rotates at the Akershus gate.

Oslo sights like this should be seen by the whole family. The palace complex of 1849 was the residence of the King of Norway. The building is made in a conservative and austere style, draws attention to the complete absence of decoration. “Pearl” of the palace called the adjacent park area - walk around it, watching the solemn guard of the guards, everyone can absolutely free of charge. Entrance to the inner ceremonial halls is also free. Please note, however, that using a cell phone or taking pictures is strictly forbidden.

A building with an incredibly ornate and luxurious appearance. The seat of the parliament of the country. To see such sights of Norway is necessary with a guide. Special tours of the halls are organized for travelers.

The complex consists of several towers where municipal officials work, and the main building. In the central hall the members of the city council and parliament meet. Every year the legendary “Nobel Prize” ceremony is held here. Among the treasures kept are the art masterpiece “Life” and the mural “Trade and Handicrafts” by Munch. Guests can explore almost any room, including the banquet hall and celebration gallery rooms. If you don’t know what to visit in Oslo in your spare time, go here.

One of the capital’s main pedestrian streets, named in memory of Charles the Fourth. Vacationers are invited to visit various outlets: souvenir shops, grocery stores, clothing and shoe boutiques. In addition, there are restaurants and cafes of national cuisine. Street is also famous for the fact that it has a variety of cultural and historical monuments: the palace park, Parliament House, National Theater, etc.

See the beautiful places of Oslo in this great video!

Bruges is one of the most high-end and luxurious districts of Oslo, full of trendy restaurants, expensive apartments and shopping malls. If you are interested in affordable hotels in Oslo, you can not find them here. However, you can stroll through the neighborhood, observing the colorful windows and signs, you can freely.

One of the shining examples of a must-see destination in Oslo. World-class stars perform here. Even if you’re not interested in opera and ballet, take a look at the majestic glass and marble building. Everyone can go up to its roof and see the panorama of the capital.

Date of construction - 1899. A theater on whose stage remarkable dramatic productions are given. One of the largest theatrical centers in Norway.

The temple bears the honorary title of Oslo’s main cathedral. Date of construction - 1697 (since then, it has been subjected to numerous restorations, which allowed to save its unique design). The unique interior with its 1748 altar, paintings of the Last Supper and Crucifixion by M. Rasch, stained-glass windows by E. Wiegeland, painted ceilings and richly decorated walls deserve special attention.

A huge 19th-century church, with a capacity of about one thousand people. The building, topped with a bell tower and made in the shape of a cross, belongs to the Neo-Gothic architectural style. The interior is distinguished by the presence of colorful stained-glass windows, a historic organ, and a 19th-century altar.

A 19th century Catholic cathedral in the neo-Gothic style. Inside is the greatest value - the remains of St. Olaf, given to the temple by Pope John the Second. And also a copy of the “Sistine Madonna” by Raphael.

The only surviving medieval cathedral and the oldest structure in the city is Oslo’s historical monument. Presumably, the architectural heritage site dates back to the 11th or 12th century. Originally it was made of wood, but the wood was replaced by stone.

An ancient cemetery, arranged more than 200 years ago. Today it has its own Lutheran cathedral with a parish of the Russian Church. Now the necropolis is a memorial, the burials ceased in the mid-20th century. Here are the graves of famous scientists, politicians and cultural figures of the state.

What’s a must-see in Oslo in 1 day? This chic museum complex, which exhibits not just artifacts and examples of history, but also entire ships and panoramas of mystical caves. Admission is free for kids under the age of 6.

Another unique complex where you can look at things, textiles, tools, weapons of the Vikings. Of particular interest are two wooden ships from the 9th century that were also the property of this ancient Scandinavian people.

A chapel building with unique church stained-glass windows (created by Emanuel Vigeland). The complex was originally intended to be simply a museum for sculptures and works of art, but later it also became a mausoleum for the creator. The urn with the ashes is located near the entrance to the museum, and all the windows are sealed and walled up. The main “feature” of the object is the dark vaulted hall covered with frescoes. In addition to the frescoes and paintings, which occupy an area of 800 square meters, in the halls you can see sculpture groups and drawings by E. Wiegeland.

A visit to this attraction is especially recommended by guides in Oslo to those who are fascinated by the history and life of Antarctica. The main specimen of the museum complex is the ship, thanks to which R. Amundsen once conquered the continent. In addition to the ship, you can view medical devices, stuffed Antarctic animals, navigation equipment and personal items of navigators. The nice thing is that it is possible to examine the whole ship, entering technical rooms and cabins, going up to the deckhouse and deck.

A gallery featuring masterpieces by the graphic artist and painter Munch. The collection now contains about 18,000 graphic works, more than 4,000 drawings and over 1,000 works of art, as well as the artist’s written archive and notes. There are also personal belongings of the artist, bequeathed by him to Oslo. Scientific film screenings and concerts are regularly held in the building.

One of the most visited museums in the capital, with the largest collection of sculptures and paintings inside. Despite the fact that most of them are made by masters in Norway, there are canvases and sculptures from all over the world - works by Monet, V. Gogh, Picasso and many other geniuses of yesteryear.

An outdoor museum complex that opened more than 110 years ago. The area of 14 hectares allows you to get acquainted with the life of the citizens of Norway over the past few centuries. The exhibits are urban and rural buildings (including the Medieval period). The buildings have recreated their respective interiors. In addition, in the area of the folk museum there is an ancient pillar temple from 1200. The staff of the complex wears the national clothes, treats with drinks and stories about how the Norwegians lived in the old days.

Oslo sights: what else to visit in Oslo?

We’ve told you about the main sights of Oslo in brief. If you have time left to see other interesting places and sites in the capital, devote it:

21. The Astrup-Fernley Museum of Contemporary Art

The complex is set in a beautiful harbor. A modern structure with a huge glass roof united three parts of the building (one of the parts is set aside for offices). You can walk around the pavilions on special bridges. In front of Astrup Fernley is a landscaped park area.

The permanent exhibition is based on more than a hundred paintings from the private collection of the Sonja Henie and Nils Unstad family (the founders of the center). The building, which houses the creations of Klee, Miró, Picasso and other legendary artists, consists of a conference room, an auditorium and 6 exhibition spaces.

When talking about the best things to do in Oslo, it would be a crime not to mention this archive, museum, school and discussion club. The center was founded 13 years ago. Its exhibits tell the story of pollution, man’s careless attitude toward nature, problems all over the Earth, and the world’s military conflicts.

This attraction is a huge hit with visitors and residents alike. It is located in the central part of the capital, and allows you to spend quiet time in the fresh air. On the vast territory there are several museums of various themes, Aromatic Garden, many wicker sculptures, benches to relax on. The number of flowers and plants is about two thousand varieties.

Another outdoor museum, all sculptures made in granite and bronze by G. Vigeland. The purpose of each monument is to tell about different aspects of human life, from the moment of birth to death. There are such famous objects as the Angry Boy and the Tree of Life. It is also home to an exhibition of the artwork of Wiegeland’s younger brother Emmanuel, whose gallery we told you about above.

The river is more than 8 kilometers long. The waters of Akerselva flow through the entire area of the capital, providing a number of industrial organizations. On its banks are remarkable conservation areas and national parks.

The location of the district is the highest point of the capital. Once you get to it, you can go to the forests of the Mark. Holmenkollen has everything you need for sports and cultural activities - from a ski race simulator to the Ski Museum. There are rental shops and cafes.

During the cold season, locals and visitors come here for ice skating and skiing. During the warmer months, you can enjoy a bike ride, camping, or a picnic. Many famous politicians and cultural figures come to the lake to work out and jog in the morning.

Since ancient times, people have settled on the shores of this beautiful bay. The well-preserved remains of wooden ships belonging to the Vikings have been discovered here. The bay is filled with many islands, so the passage of large ships through it is much difficult. The area is also great for a quiet break in the clean air.

We hope that the sights of Oslo, photos with names and descriptions of which you have now seen, will help you to compose an entertaining sightseeing itinerary. 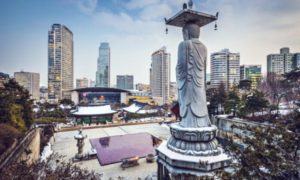 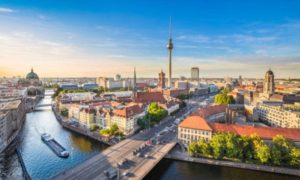 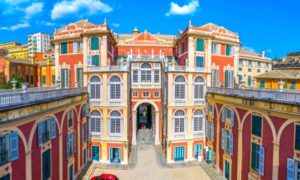 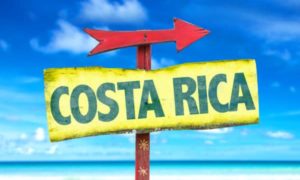