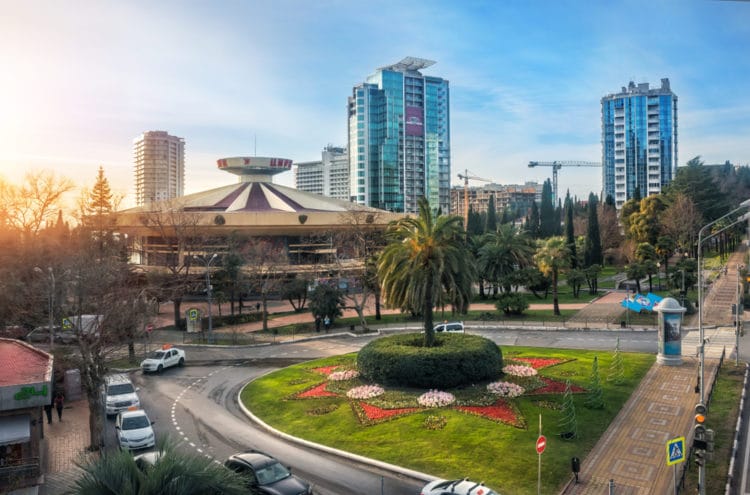 Not sure what to see in Sochi? Then study our review carefully. We will tell you about the sights of Sochi, which every resident of Russia should see with his own eyes.

What to see in Sochi in the first place

It was not easy to make a rating of “the best sights of Sochi”. Because the number of interesting and memorable places in this southern city is incredibly large. Taking into account the reviews of experienced tourists and the recommendations of experienced guides, we advise you the following excursions in Sochi:

If you do not know what to visit in Sochi, go for a walk in the Olympic Park. You can do it on foot, by renting a bicycle or buying a ticket for a sightseeing trip on a mini-tram. The 200-hectare area is home to such significant Sochi attractions as the Fisht Stadium, which hosted the 2018 FIFA World Cup, the Formula 1 race track, the Olympic Village, the Grand Iceberg Palace, and so on. Tired, you can relax on the benches or have a bite to eat in an outdoor cafe.

Date of construction - 1989. The entrance is decorated with a monument to V. Khludov, who became the founder of the park. The territory of Riviera is almost 15 hectares planted with plants, exotic palms and conifers. In the evening the lights turn on. In the park are also open restaurants and cafes, there are several attractions, sculpture groups, oceanarium, Glade of friendship, city of sand, a museum of retro cars, souvenir kiosks.

Where to go in Sochi, if you are tired of beaches and the sea? To the central open-air museum of the city. You will not see paintings or artifacts here. The exhibits are all kinds of flora of the Caucasus and various hot countries. The territory of 50 hectares is occupied by ornamental trees, bushes, plants and flowers with the total number of more than 1.5 thousand species.

Your trip to Sochi should definitely include a visit to the Olympic Park and the high-tech structure located there. In the evening hours the facility “comes to life”: music and bright lighting are turned on. The pool with numerous water streams, from which water goes upwards under enormous pressure, creates an enchanting show.

What to see in Sochi in 1 day with the kids? The largest two-story oceanarium in the city, an area of 6,000 square meters (the complex also includes a park with exotic plantings). The oceanarium itself has separate aquariums for reptile inhabitants (lizards, turtles, etc.) and various fish (from karas to stingrays). Pay special attention to the giant shark pool - its bottom is covered with rare plants, colored stones and shipwrecks. This glass tunnel is 44 meters long. In the oceanarium you can buy souvenirs, take professional photos, feed the fish (including sharks).

Check out the wonderful views of Sochi in this fascinating video!

Such interesting places in Sochi will fascinate, first of all, history lovers. Keep in mind that visits to the building itself are carried out during special tours. The facade of the house is made in green “state” color. The interiors are rather modest, but you will not see any luxurious frills here. In addition to viewing the interior, you can order lunch or dinner here, and even an overnight stay.

The order to build the cathedral was given by M. Nikolaevich in honor of the end of the Caucasian War. But the architectural landmark was fully completed only by 1891. Experienced guides in Sochi tell us that during the war the temple was closed and given away as a warehouse for weapons storage. After the war, the cathedral was reopened, but already without valuables and decoration, which were restored only later.

A majestic structure in the center of the megalopolis, near which the best beaches and hotels in Sochi are located. The architectural object was made in the 20th century, but the railway station itself has been operating here since 1918. The main building is decorated by a beautiful clock with a dial with the signs of the zodiac.

Talking about the main attractions of Sochi in brief, we can not fail to mention the Marine Station, receiving guests from various countries of the world. Ships from Georgia and Turkey moor to it. This is a modern commercial and commercial facility, able to take you to all Sochi districts. The station building is decorated with 4 spires, which are symbols of the sides of the world. On the square in front of the station there is a fountain with a sculpture of a woman. Nearby there is a landscaped park with flowers, shrubs and palm trees.

The main theatrical and cultural scene of the city, established in 1937. The building is designed in a laconic classical style without any unnecessary pretentious elements. You can enjoy the view of the architectural monument or buy a ticket for any production.

Date of creation - 1971. The exhibitions feature historical objects from different eras, from antiquity to the present. In addition to the exhibition halls with “ordinary” paintings, there are halls with interactive exhibits.

12. Museum of history of Sochi

Every tourist in Sochi can go to see all kinds of objects relating to the life, traditions and culture of the natives of the Black Sea coast. Previously the building housed a school, later - a library for children.

The date of creation of the monument, embodying the beauty of nature, - 1967. The composition represents a beautiful girl, who embraces the mountains. The girl is surrounded by water healing springs, reminiscent of the therapeutic and prophylactic resort Macesta (also included in the list of “the main sights of Russia“).

According to historians, Sochi dolmens appeared in the 3-2 thousand years BC. They were used for funeral and ritual purposes. In general, there are approximately two hundred dolmens in the vicinity of the city. If you dream of organizing a trip to the mountains, be sure to think of a route so as to see these natural structures.

Tea plantations where the famous “Krasnodar tea” is made. Guests are offered a tasting of the drink, pancakes, jams and honey produced locally. As well as participation in tea ceremonies with a samovar and musical instruments.

Another natural attraction, the slopes of which are covered with boxwood and yew trees. On the territory there are curved rocks, a cave, and a crystal clear lake. There are trails with observation decks for tourists.

The area, which is 12 km long, is represented by three parts. The drops in elevation reach 300 meters. The complex is cut by narrow passages filled with water. Archaeological excavations have unearthed ancient animal bones, tools made of stone, and remnants of utensils. The walls, bottom and ceilings of the cave are covered with meter-long stalagmites and stalactites.

Famous for its mysterious passages and caves, the mountain is over 650 meters high. You can come here by private car or by cab. At the top is equipped with an observation deck-castle, from which you can see incredible panoramas of the sea.

19. Observation tower on the mountain Akhun

The most colorful site in Sochi, appeared in the 20th century and especially recommended for visiting by couples in love. The height of the building is 30 meters above the sea level. An ideal choice for those who want to make unique photos.

If you want to buy a live rainbow or amber trout, fresh smoked fish or other marine delicacies, go here. There’s a restaurant whose menu offers all kinds of fish dishes, from fish soup to steaks. In the local store you will be offered fish grown in artesian water. There are hour-long tours of the farm, introducing guests to the process of growing and feeding the “king’s fish”. If you wish, you can catch any fish (it can be cooked right there).

Sightseeing in Sochi: what else to visit in Sochi?

In addition to the above attractions, visit in Sochi such sites as:

Small rapids and cascades that can almost entirely dry up on the hottest days. The streams of water rushing from different heights, the maximum of which is estimated at 18 meters. The upper Agursky waterfall is the most powerful and full-flowing.

Waterfalls, located in the beautiful forest of the National Park. The height of the oldest and largest of them reaches 12 meters. The area is well-equipped: there are stairs with handy handrails, and decking made of wood. In addition to viewing the waterfalls, you can taste the local wines and teas and visit the house-museum of ethnography.

Outdoor museum, which appeared about 30 million years ago. Of particular value are the evergreen colchic boxwood and berry yew, two thousand years old and up to 30 meters high. Today there are about 60 families and more than two hundred plant species in the area. Healing air and pristine natural beauty attract tourists from all over Russia to the grove.

Traditional Soviet circus, hosting troupes from different cities of Russia and the world. On stage are elephants, acrobats, jugglers - depending on the production given at the moment. There is no regular program and no own troupe.

The construction of the complex continued for several years. The main attraction is a 440-meter bridge with two observation decks from which you can see the sea and snow-covered mountain peaks at any time of the year. Walking on the bridge, you can observe what is under your feet from a bird’s-eye view - the steel construction is not solid, but “transparent”. Thrill seekers will be offered a jump on ropes from a height of dozens of meters. Another popular attraction is rope towing downhill at a speed of over a hundred kilometers per hour (in a rope park). Do not worry about safety - Skypark is equipped with the latest technology, all structures are regularly tested for durability.

It is a famous resort village, situated half a thousand meters above the sea. At one time the territory was covered with ice, today it is developed at European level. The town is surrounded by majestic mountains, and is considered a center of skiing. Travelers are offered to visit the cultural and entertainment center Galaktika with numerous cafes and restaurants, cinemas, planetariums, and attractions, as well as the ruins of the fortress Achipse. There is an opportunity to take a ride on the slopes, built for the Olympics, to visit various ski complexes. You don’t have to take a snowboard or skis with you. You can rent everything you need from equipment to skiing suits. If you have no desire to ski or snowboard, you will be offered sightseeing tours, as well as relaxing in a cafe with panoramic views.

Those sights of Sochi, photos with names and descriptions of which you have now seen, are able to interest both children and adults. See them with your own eyes should not fail. Read also about Sightseeings of St. Petersburg and be inspired for your future journey around Russia. 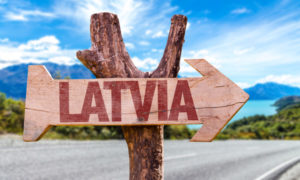 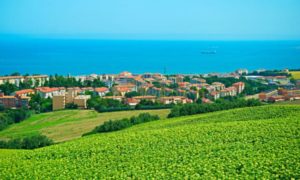 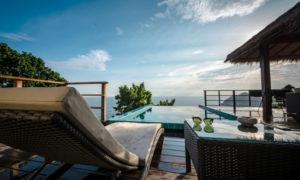 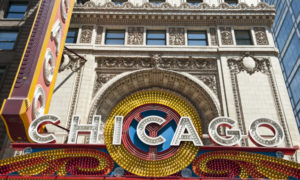